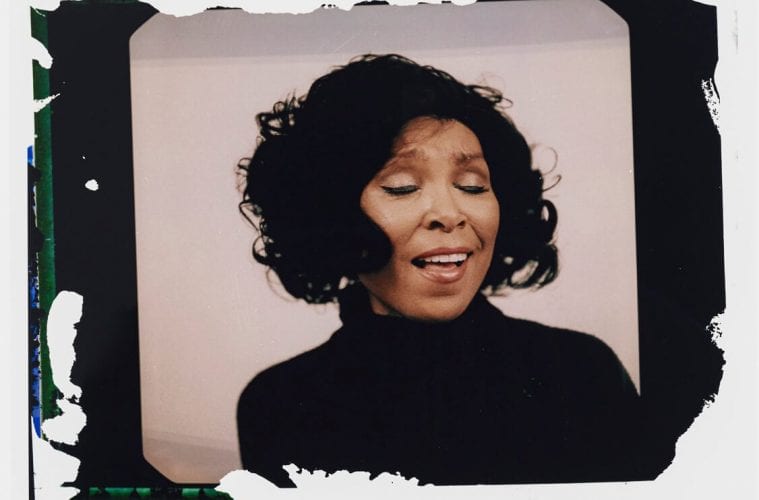 Review: Mickalene Thomas shows how “black girl magic” has been with us all along

Upon entering Mickalene Thomas: Mentors, Muses, and Celebrities at Spelman College Museum of Fine Art, one is transported to another world on a journey led by black women whose presences span generations. Their awesome presences alert the viewer to the idea that black women have been doing their thing all along if only we looked.  The recent successes of artists like Viola Davis, Issa Rae and Ava Duvernay are just a foothold in the ladder of accomplishments black women have made throughout the current generations. “Black girl magic,” the term coined by CaShawn Thompson in 2013 that went viral soon after, might be the spice that makes this gumbo of American culture zing. In this exhibition, Thomas highlights the magic of black female actors, comedians and singers who have made little black girls like Thomas and the rest of us feel a sense of belonging while the dominant culture perpetuated ideals of identity we could never ascribe to.

The exhibit relies heavily on video projections, so for those looking to be bedazzled by rhinestones, a dose of black girl magic might be the corrective. Between the video projection of singers, actors and comedians and the furnishings, the literature by Toni Morrison, Alice Walker, Toni Cade Bambara and others placed at the corners of the carpeting of the sitting areas really adds a vital component of black women’s contribution to contemporary culture.

The ornamentation is reminiscent of Thomas’ earlier work of portraits inside a 1970s-like environment. The maximalist décor of the show replicates the tone of a semi-fashionable living room of the 1970s; one could easily imagine Thomas in the space, watching Eartha Kitt on television airings of Batman. The projection onto a white wall of Eartha Kitt passionately singing “Angelitos Negros” is disrupted by the insertion of both Thomas and another woman imitating Kitt, as they don wigs of the same hairstyle and identical black tops, mouthing the lyrics to the song. It speaks to Kitt’s influence. Aside from black female presence, the furnishing might be the only thing reminiscent of her earlier work.

As if we needed reminding that black women have been major figures in Hollywood for generations, in Do I Look Like a Lady? (Comedians and Singers), Thomas provides snippets of performances by an array of performers including Wanda Sykes, Moms Mabley, Donna Summer and Nina Simone to impress viewers. From her perspective, we see she’s enamored with more than Hollywood glitz. The black women she features in this exhibition are not only smart, funny, passionate and talented, they are human.

Thomas feeds today’s cultural need to align ourselves with celebrity by serving us a history of black female personalities with whom we can trace our steps. Although these are more public figures than she, Thomas also includes a nude image of herself in Me as Muse. She invites us into her “intimate” quarters where we not only find out about the black female culture at large, but also about Mickalene. As a queer black woman, her participation in the dominant culture is a rarity. A graduate of Yale University School of Art, she is no doubt versed in the best Western art culture has to offer, but as a queer black female her own proclivities bring the alternative into her work.

Thomas revealed in her artist talk that she initially saw The Color Purple with her mother when it was released in theatres in 1984. This experience was central to her self-acceptance as a queer black 14-year-old in that it offered an alternative to the mainstream conventional relationships depicted through traditional Hollywood films. The kiss between Celie and Shug in the film offers little to their relationship in contrast to the novel, but this intimacy between the two women is unprecedented, at least in black films. Thomas offers this relationship the space of four artworks in this exhibition. She created screenshots from the film in purple overlaid silkscreen ink and acrylic on mirrored acrylic mounted on wood paneling in homage to this relationship between two black women who defied traditional conventions of female subservience. And she captured moments that resonate with the viewer of the artwork without having seen the film. Shug Kisses Celie is placed on a museum wall with acceptance for other little girls to experience. If one becomes immersed in Western art culture, they will find minority artists from various ethnicities who have attained success during their lifetimes and after. But without close inspection of the art world, from looking at who are named the greatest artists of all time, one would think that white men are the greatest of artists.

In a way, this is true because white men make the rules of Western art culture, but there are and have been great women and ethnically diverse artists throughout history. Thomas has picked up the torch from those who have come before her and those who are not mentioned in her exhibit but whose presences can be felt. Carrie Mae Weems, Lorna Simpson, Betye Saar, Meta Warrick Fuller, Augusta Savage and many more are here, albeit implicitly. By working in the field of visual arts, Thomas is diversifying the art world. Inserting black women into the art historical canon as sitter and creator allows black women representation in an environment where they are historically absent.

Thomas didn’t think she would be an artist. She thought she’d be a lawyer. It wasn’t until she experienced the photography of Carrie Mae Weems at the Portland Art Museum while in college that she had an epiphany. She dropped out of Portland State University and moved back to the east coast to attend Pratt Institute in New York City. She experimented with abstract expressionist paintings while at Yale, but we haven’t seen too much of that in her most successful works. It is her work of inserting black female presence into the art historical canon that has made Mickalene Thomas successful. And it might be the aesthetic with which she presents black women that places her on the bestselling black artists lists, but her subject matter is what will make a mark in history. As Pablo Picasso presented the cubist female form, Mickalene Thomas presents an authentic look at the black female body through painting and photography and now through video.

Mickalene Thomas creates the art she does because she hadn’t seen women who look like her in art historical books. And even as they existed in popular culture for decades, it is only as of recent time that they are receiving recognition for their excellence. As we praise those who are accomplishing recognition among the dominant culture, let us not forget those who paved the way. There’s a long history of black women in Hollywood who performed not only for academy recognition, but also for their calling, passion and acclaim from the community. Dorothy Dandridge, Josephine Baker, Lena Horne, Eartha Kitt and others paved the way. While there may be some greats excluded, this exhibition encapsulates greatness. Thomas lends the viewer those mentors, muses and celebrities who shaped her. These icons are who give her the grounding to create the work she does — work that is empowering, strong, sexy and feminine. Being taken back in time like this reawakens one to a sense of history — rather, black herstory.