If the 41st Atlanta Film Festival (ATLFF), starting Friday, had some prime keywords, they might include these: women, color and comedy. Those are three prominent threads that weave through the 163 films and special events of the 10-day event.

Let’s start with the first. A few years ago, the festival focused on work it labeled New Mavericks — short films made by women and centered on strong female characters. Two years ago, feature-length works joined that category. Now, in 2017, ATLFF’s dedication to, well, the people who populate more than half of the planet pays off notably.

“This year, we’re very proud to say that over half of our programming is directed by women,” says ATLFF’s marketing director Cameron McAllister, now in his fourth year with the festival.

ATLFF’s leaders had a goal of having at least half the films made by women, and the submissions — which account for 85 percent of the final programming — bore out their hopes. “They’re really strong films, so it’s not like we had to sacrifice any quality,” McAllister says. “It’s just representative of independent filmmaking today.”

Next keyword: “Nearly 40 percent of the films are directed by people of color,” he says. “That’s something we’re really proud of, especially with Atlanta being such a diverse city.”

And finally: “We have a really strong comedy presence this year,” McAllister says, noting that the festival is partnering with Dad’s Garage, in its new(ish) home, as one of the presenting venues. 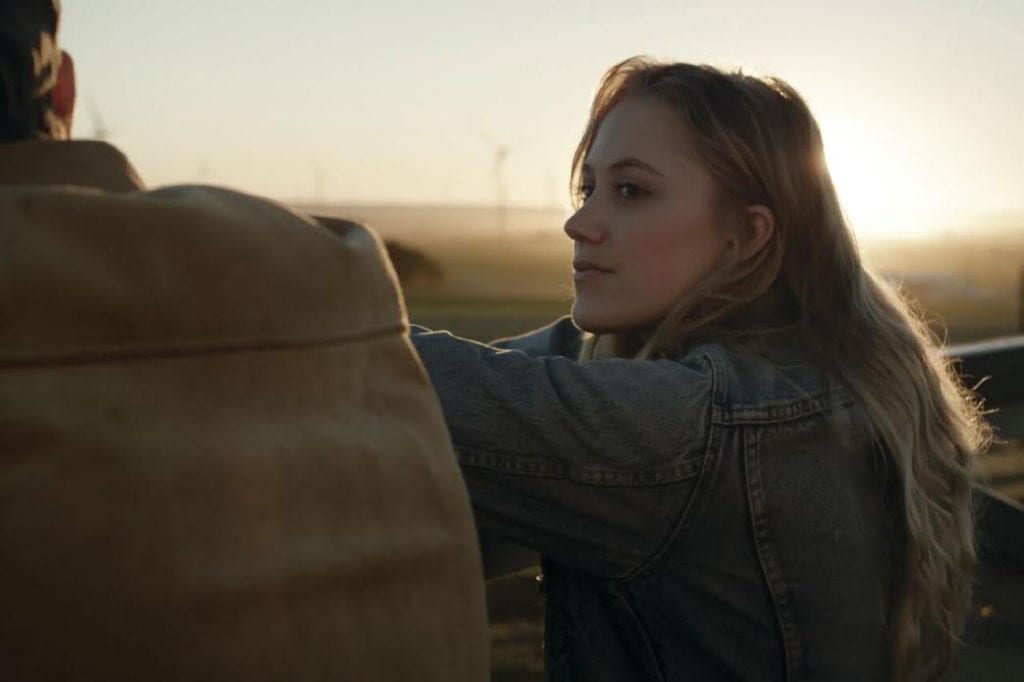 Maika Monroe in The Scent of Rain and Lightning.

Atlanta’s oldest film festival, ATLFF is also the hardest to pin down — for better and worse. Unlike Out On Film and the Atlanta Jewish Film Festival, it doesn’t have a specific filter or niche to channel its submissions through. That just means you have to be prepared for anything.

The programmers considered more than 6,000 submissions this year. “When you have that many films, you get a little bit of everything,” McAllister says. Like the city it serves (and reflects), the festival is all about diversity. It’s also inclusive of other local film festivals.

For instance, Out On Film’s executive director, Jim Farmer (full disclosure: Farmer is a contributor to ArtsATL) is chair of the ATLFF jury, and the Atlanta Jewish Film Festival is cosponsoring three of the ATLFF films. That includes the closing night film, Menashe, the drama of an Orthodox widower in Brooklyn battling for custody of his son.

The opening night film underscores the lighter side of ATLFF this year. It’s the surreal comedy Dave Made a Maze, which McAllister calls “a cult classic in the making.” (The film’s occasional use of stop-motion animation and puppetry makes it a good fit for Atlanta, home of the nationally renowned Center for Puppetry Arts.)

A few other, new things to look for in this year’s festival: a focus on virtual reality in a number of films, some having their world premieres. Also, screenings of episodic pilots, some shot locally, others from elsewhere. “You see a lot of people doing this now, with streaming services like Netflix and Hulu and Amazon,” McAllister says. “In the past few years, TV has been entering a golden age.”

The main screening venues are the Plaza and 7 Stages, plus some other sites around the city. (Note: At press time, ATLFF announced that recent damage in the upstairs theater room at the Plaza means that screenings scheduled there will now take place at Druid Hills Presbyterian Church, located directly across the street. The downstairs theater at the Plaza was not affected.) 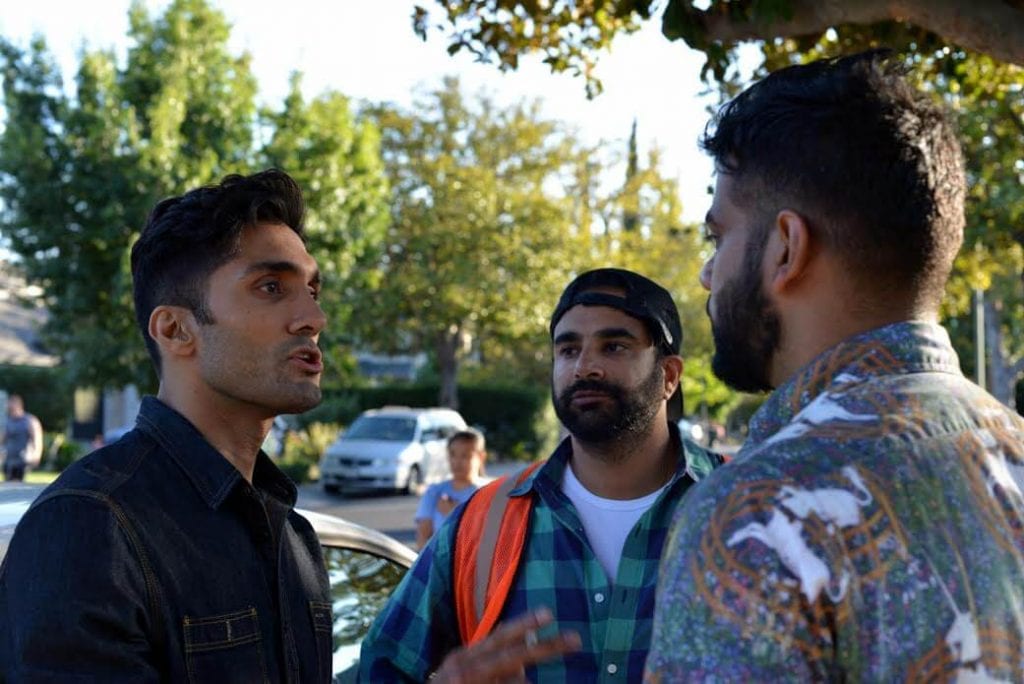 Chee and T has high energy.

Check the schedule for a complete screening lineup, for more information about its midweek celebration, SOUND+VISION at 787 Windsor, and the week-long Creative Conference, featuring more than 40 panels focusing on elements of filmmaking from screenwriting to producing to funding and distribution. Oh, and some events are free.

Here’s a quick look at some of the films, listed alphabetically, that I watched in advance. They’re a mixed bag — which is exactly the kind of thing longtime ATLFF viewers know to expect, and appreciate, from the festival.

Chee and T. Enforcers for a Palo Alto bigwig (and incidentally, his nephews), the title characters (Sunkrish Bala, Dominic Rains) spend an eventful day having to groom a loudmouth, raunchy cousin named Mayunk (Asif Ali) for an arranged marriage. An interesting look at a South Asian/Middle Eastern community in California, the movie isn’t quite as funny as you’d hope; it tries too hard. In particular, Mayunk is way too obnoxious. It’s difficult to feel belated sympathy for him, following a last-minute character revelation. The movie earns high marks for energy, though.

The Nine. The title refers to a dirt-poor area of Modesto, California — South Ninth Street — where dreams go to die. Documentarian Katy Grannan takes us to a neighborhood of bad teeth, bad choices and bad addictions, where folks of every age, race and gender scrape by on next to nothing. The film’s core figure is Kiki, a spirited but deeply needy junkie whose tales of childhood trauma may explain how she got to be who she is — or may just be fantasies. The movie teeters on exploitation of its downtrodden subjects at times, and it’s too long: this sort of immersive approach soaks the viewer pretty fully, pretty fast. But there’s a lonesome dreaminess to this portrait of a far edge of the earth, smack in the middle of the Land of Plenty.

Rat Film. Uncategorizable. Documentarian Theo Anthony’s film is a complex, wiggy look at Baltimore’s racist history. It’s filtered through the prism of current rat haters and lovers alike, and with tales of the city’s attempts over the decades to deal with the rodent problem (usually at the expense of red-lined, African-American neighborhoods). Oh, and it’s all tied together by a deadpan, affectless female narrator who could be the love child of Laurie Anderson and Tilda Swinton. Focusing on memorable people, like a philosophical rat exterminator, the movie owes a debt to the character-driven early films of Errol Morris. That’s a fine precedent.

The Scent of Rain and Lightning. Based on crime writer Nancy Pickard’s novel, it’s the Oklahoma mystery about a young woman named Jody (Maika Monroe, of It Follows) trying to get to the heart of her parents’ murder when the man jailed for killing them years ago (Brad Carter) gets paroled, and swears he’s innocent. Maggie Grace plays the mom in flashbacks, the estimable Will Patton plays the family’s powerful patriarch, and Bonnie Bedelia, his wife. At first the movie gives you hope it will be a revenge drama as gritty as 2013’s Blue Ruin, or something as textured as Hell or High Water. Problem is, the mystery isn’t all that compelling, and the multiple actors playing Jody’s bearded kinfolk start to blur together a little — at least they did for me.

Teenage Love Bomb (aka Where the Windmills Are). Taught by his police officer father how to hand-build small explosives, 14-year-old Danish high schooler Thomas (Nikolaj Petersen) earns the approval (briefly) of an outcast gang of classmates when he blows up the bicycle of their loathed gym teacher. Thomas only does it to get the attention of the chief thug’s girlfriend, Vikki (Maria Peterson). Naturally, things don’t quite go as planned, and Thomas has to learn to stand up for his own integrity. Mads Erichsen’s solemn, well-observed drama captures the wicked high of getting embraced by exactly the wrong group of classmates.

Waiting for B. A burst of pure joy. The B in question is Beyoncé. The people waiting for her are the fiercest of fans, most of them poor and most of them gay, who line up in tents on the sidewalk outside the Sao Paulo arena where Queen B will perform — in two months’ time. Now that, friends, is dedication. Embedding themselves with the devout, the documentary filmmakers create affectionate portraits of strangers thrown together by their shared passion, their interactions vacillating between squabbling and celebrating. (When they leave their tents briefly to go home and spruce up, the fans’ mothers all seem to share the same expression: long-suffering bafflement tempered with tolerance.) At movie’s end, when the encampment disbands and everybody realizes they have to say goodbye, you might get a little choked up, too.