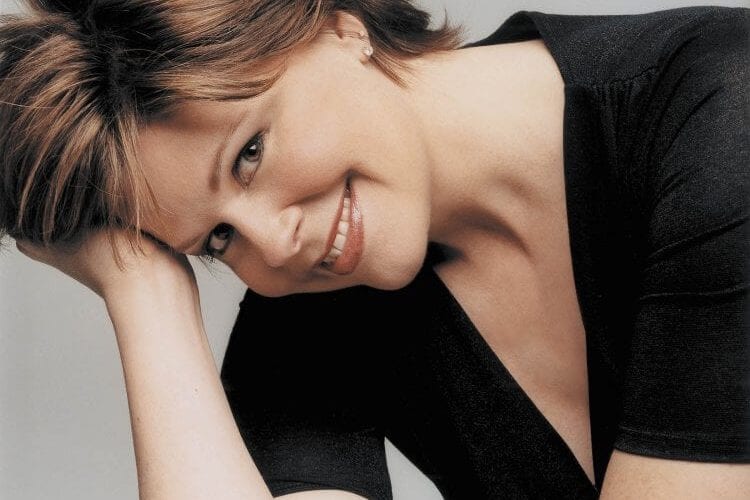 Some may say that classical art song is outdated, irrelevant to our modern times and lives. After all, it’s a musical form firmly rooted in the nineteenth century, poetry set to music, performed by an opera singer and a pianist. (Perhaps not as captivating as the latest royal romance or the outcome of the Super Bowl?) But on Saturday evening at Emory University’s Schwartz Center for the Performing Arts, mezzo-soprano Susan Graham and pianist Bradley Moore turned such provincial thinking on its ear, presenting a thematic recital that was immensely relevant.

The duo took perhaps one of the most iconic (and most performed) song cycles — Robert Schumann’s Frauenliebe und leben — and dispersed its eight songs throughout the program, using the primary sentiment of each as a jumping off point for eight song groups.

Love at first sight: it’s a human experience that sells both magazines and movies — and one not exclusive to Prince Harry and Meghan Markle. The soundtrack this night was Edvard Grieg’s “Møte” (“The Encounter”) as well as Richard Strauss’ “Seitdem dein Aug’ in meines schaute” (“Since your eyes first looked into mine”).

It was a program that encompassed the work of 17 composers and at least eight languages. Graham’s sunny demeanor and virtuosic phrasing dominated the first half of the evening, and after intermission she and Moore navigated more explicit territory within a woman’s journey, namely the eroticism of Henri Duparc’s “Phidylé” and Claude Debussy’s “La Chevelure.” Graham made us blush as she conveyed Sappho’s lovemaking in musico-poetic terms, coloring and shading each vowel with seemingly effortless precision.

Graham visited Atlanta’s Spivey Hall in 2012, singing Henry Purcell’s scena The Blessed Virgin’s Expostulation and other serious works which were featured on her album for Onyx, Virgins, Vixens & Viragos. Now six years later, it seems impossible, but her voice sounded even more luxurious.

Moore’s elegant piano playing gave one pause throughout, but particularly within the final set which describes the death of the heroine’s beloved. We heard Hector Berlioz’s “L’Absence” (“Absence”), Roger Quilter’s “How Should I Your True Love Know?” and a stunning interpretation of Enrique Granados’ “La maja dolorosa” (“The Sorrowful Maiden”).

In the last one, Moore accompanied Graham’s mournful vocalism with harsh pianistic statements which gradually gave way to resignation. But it was the fragile postlude of Frauenliebe’s closing song, “Nun hast du mir den ersten Schmerz getan” (“Now you have caused me my first pain”), that brought us full circle from giddy devotion to intense despair.

And while art song may not be a trending topic of conversation for the masses right now like Kylie Jenner or Eagles quarterback Nick Foles, Susan Graham and Bradley Moore managed to convey the essence of our humanity in an evening of song, sharing an artistry which will never go out of style.