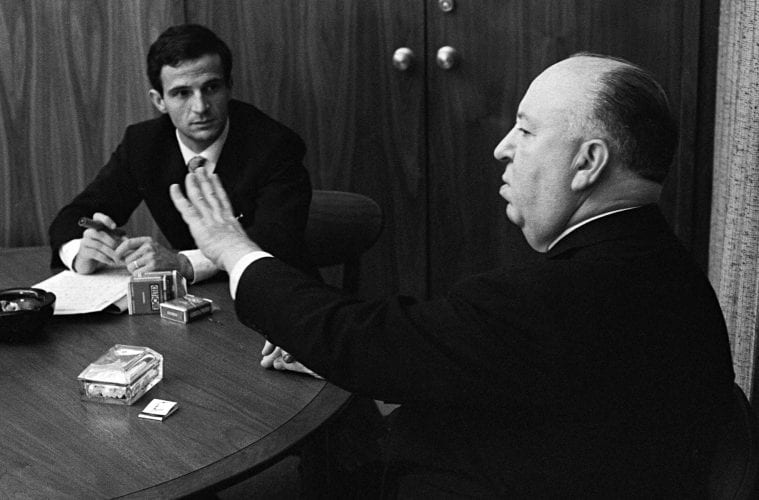 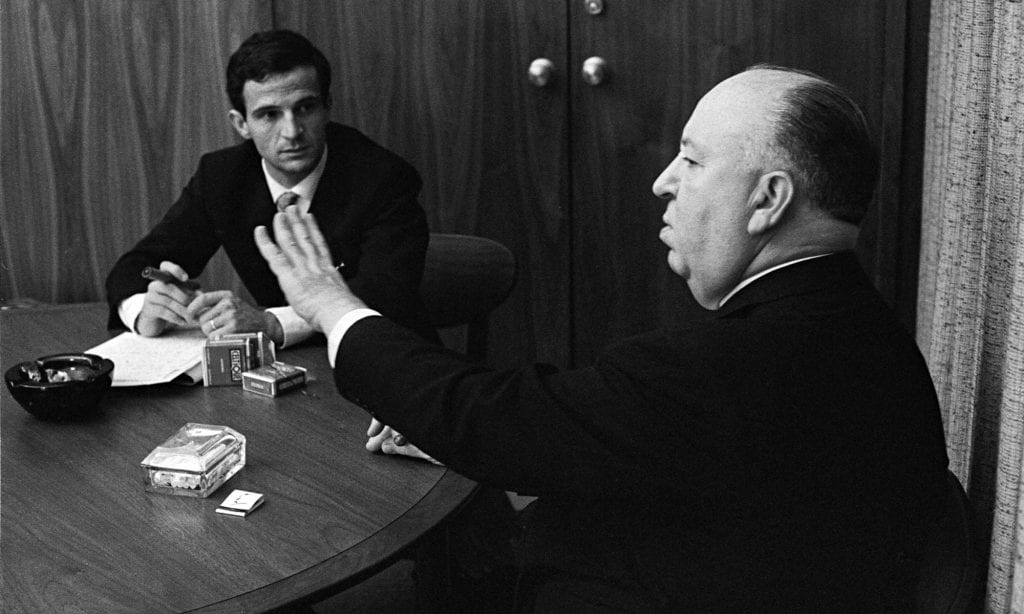 When Truffant met Hitchcock, it was time for cigarettes and deep conversation.

Alfred Hitchcock had already released his kinked, kinky masterpiece Vertigo four years earlier. Though it now tops many lists as the best film of the 20th century, nudging Citizen Kane out of its long-held spot, at the time his movie met with a collective shrug from audiences and critics.

Next, he had scared the pants off everybody with 1960’s Psycho, a brilliant piece of emotional manipulation as technically impressive as it was shocking. But when Hitchcock sat down with French director François Truffaut for a week of interviews in 1962, the world still thought of the British-born auteur as little more than a portly showman with a gift for suspense.

The book that resulted from those interviews was named, like this documentary, Hitchcock/Truffaut, and it began to turn that impression around. “Hitchcock was one of the first people to say there is a structure to this language,” says director David Fincher, one of the doc’s talking heads. (They include Martin Scorsese, Wes Anderson, Paul Schrader, Richard Linklater, Arnaud Desplechin, Olivier Assayas and others.)

Hitchcock codified the tools and the craft of his kind of filmmaking. The French critics and filmmakers behind the journal Cahiers du Cinéma — including Jacques Rivette, Éric Rohmer and Truffaut himself — recognized the formal rigor missed by Americans, who saw Hitch only as an entertainer. (They may love mimes and Jerry Lewis, but at least the French got Hitchcock right.)

The 1966 book became a seminal film studies tome. In it, the two directors break down each Hitchcock film, including the little-known silent ones and the occasional turkeys. Bad movies can have great scenes, and even great ones can have glaring flaws in acting or design, or studio-imposed sabotage (like the happy ending grafted onto Suspicion).

The limitations of black-and-white silent films taught Hitchcock much about how to use imagery and to convey story as efficiently and as visually (versus verbally) as possible. “There is no such thing as a face,” he says in one of the interview tapes we hear onscreen. “It’s nonexistent until the light hits it.”

The documentary is full of such quotes from his sit-down with Truffaut (who spoke no English and had to rely on translator Helen Scott to mediate their discussion). The contemporary filmmakers weigh in entertainingly on Hitchcock’s mastery of suspense and manipulation of time onscreen to create the desired effect, whether editing a scene to an unexpectedly fast rhythm, or slowing it to a crawl. “Yes, that’s what film is for,” Hitchcock says, “to either contract time or extend it.” (Linklater calls him a temporal “sculptor.”)

Of Psycho, especially the startling murder of the leading lady a third of the way through the movie, David Fincher opines that Hitchcock “pulled the pin and rolled the grenade” into the normal rules of film structure: “It was the first time that going to the movies was dangerous.”

Fans of that movie and Vertigo will be happy with Kent Jones’ documentary. But it spends probably more time than it should on these two titles, which don’t really need as much love as many lesser-known films. Still, it’s a treat to hear Hitchcock himself metaphorically describe the scene when Kim Novak, as the shop girl Judy whom James Stewart remolds into the image of his dead love Madeleine, resists the final touch of pinning up her hair: “This means she has stripped, but won’t take her knickers off!”

Though a treat to watch, there’s also a teasing, frustrating element to the movie. For one thing, at only 79 minutes, it seems punishingly short. Also, more than once, we hear Hitchcock ask Truffaut to turn off the tape recorder, so he can dish privately about certain subjects — his Catholic upbringing, and the metaphoric necrophilia underlining Vertigo.

If you love movies like I do, don’t you wish wish wish you could hear what they talked about off-the-record?