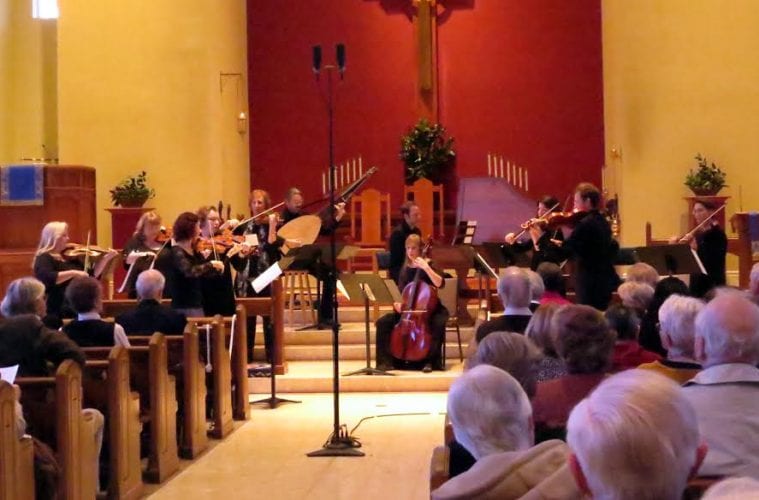 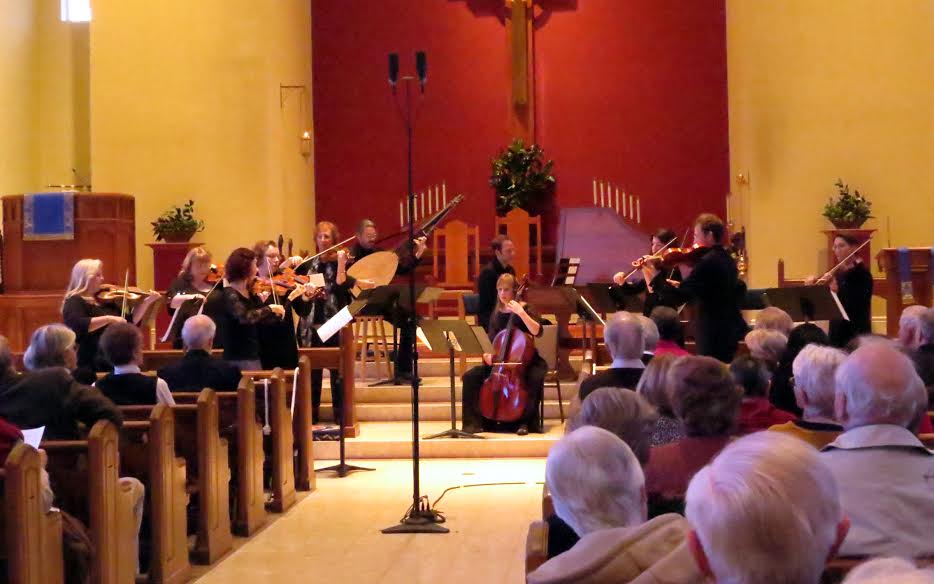 This past Sunday afternoon the Atlanta Baroque Orchestra, led by its concertmaster and artistic director Julie Andrijeski, performed a concert of music by Locke, Corelli, Lully, Desmarets, Handel, Eccles, Clarke, Purcell and Finger at St. David’s Episcopal Church in Roswell.

It was the group’s second performance of the all-Baroque program that weekend, the first having taken place the previous night at First Presbyterian Church in Atlanta. The orchestra is the oldest local ensemble that performs such “early music,” utilizing period instruments and “historically informed” performance practice.

The program was promoted as “A Festive Night at the London Theatres,” with the premise of featuring music that would have been heard in those theaters during the 1715-16 season 300 years ago — a critical period that marked the end of the Restoration era and the accession of King George I to the English throne in 1714.

The concert opened with a suite of incidental music by 17th-century English composer Matthew Locke, composed for Thomas Shadwell’s version of Shakespeare’s play The Tempest. It opened with a “curtain tune,” which acted an overture to the play. It would have accompanied a stagecraft depiction of Prospero’s conjured storm as a bit of theatrical spectacle.

ABO then turned to a non-theatrical Italian work, the Concerto Grosso in D major, Op. 6 No. 4 by Archangelo Corelli, one of a dozen written for string band with a concertino of two violins and a violoncello that were published as his Op. 6. Andrijeski, with fellow violinist Evan Few and cellist Anneke Schaul-Yoder, played engagingly as the concertino of soloists.

Next up was music for staged dance in the French manner: “Spanish Entry” and “Chacconne for Harlequin” by Jean-Baptiste Lully, followed by “Passacaille of Venus and Adonis” by Henri Desmarets. Although there was no actual dance in this performance, Andrijeski briefly demonstrated some period dance steps in her pre-concert lecture.

ABO followed the dance pieces with the complete Concerto Grosso in B-flat major, Op. 6 No. 7 (HWV325), by George Frideric Handel. Like Corelli’s Op. 6, a total of 12 concertos make up Handel’s Op. 6. The rather brief No. 7 is the only one of the lot that does not feature any solo passages for the concertino instruments; it is instead for the full body of the orchestra only.

The program’s concluding section was a disparate collection of incidental music from the period. Members of ABO recited in between numbers some spoken texts appropriate to where the music would have been performed in the plays. But from the perspective of a listener seated in the back of the hall, it was often difficult to understand what was being said. Those seated near the performers were at a much better advantage.

We were treated to an Overture and Air by John Eccles from The Mad Lover, a Jacobean-era tragicomedy by John Fletcher. Then came the “Second Act Tune” and “Winter Dance” by Jeremiah Clarke from the semi-operatic production of The Island Princess, another play by Fletcher, which was a collaboration between Clarke and Daniel Purcell, the younger brother of Henry Purcell.

The “Second Act Tune” was the first use of what has become known as Clarke’s “Trumpet Tune in D” — frequently heard in weddings and graduation ceremonies, long misattributed to Henry Purcell. ABO’s performance did not include a trumpet, but moved along at a more cheerful, dance-like pace than is usually heard in modern formal ceremonies.

Music by Purcell included a minuet composed for the William Congreve’s The Old Bachelor, a “comedy of manners” produced in 1693, then an Aire and Canarie from Dioclesian, a tragicomic semi-opera with libretto by Thomas Betterton.

The concert concluded with a jig by Gottfried Finger written for the comedy Fops Fortune (aka Love Makes the Man) by the rascally English playwright and actor Colley Cibber.

The intermission-less concert of nearly 80 minutes duration came across positively in terms of musical performance, though it might have been better had ABO collaborated with established actors and period dancers to flesh-out and strengthen the concept in a more theatrical space. But that’s something for which there remains good future opportunity.