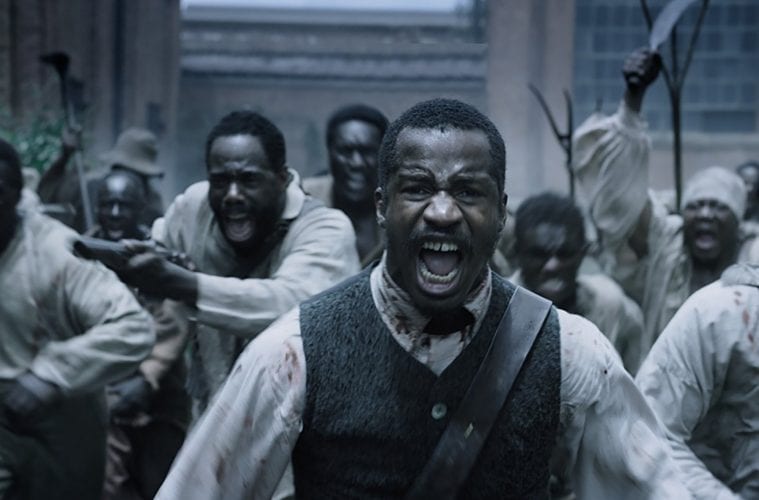 Dramatizing the wild, bloody, deeply vital American tale of Nat Turner’s slave revolt, The Birth of a Nation is not the movie you’d hope for. It’s a little slow, even a little dull. Too often, it feels secondhand with its tried-and-true Hollywood storytelling beats and a reliance on overfamiliar Deep South iconography (and deep-fried “Southern” accents).

It’s an important movie, yes, but not necessarily because of what’s on-screen. The script, the acting, the cinematography are serviceable but not much more. No, Birth gets its talking-point status from a couple of events that happened on a timeline more recent than the film’s 1830s setting.

Timeline Part One: After a wave of shootings of unarmed Black men by white cops and the emergence of Black Lives Matter, Birth premiered at the Sundance Film Festival last January. That was a week after the unveiling of an all-Caucasian list of acting nominees for the 2016 Academy Awards, launching the #OscarsSoWhite hashtag.

In that context, arguably, Sundance viewers swooped on Birth as a corrective to that particular moment, as well as to decades of racial apartheid in Hollywood. Directing his first feature, starring in it, and having co-written the script, Nate Parker, arguably again, was the right artist, and the right race, at the right time. Earning a standing ovation at its Park City screening, Birth kicked off a studio bidding war; Fox Searchlight picked up distribution rights for a Sundance record $17 million. 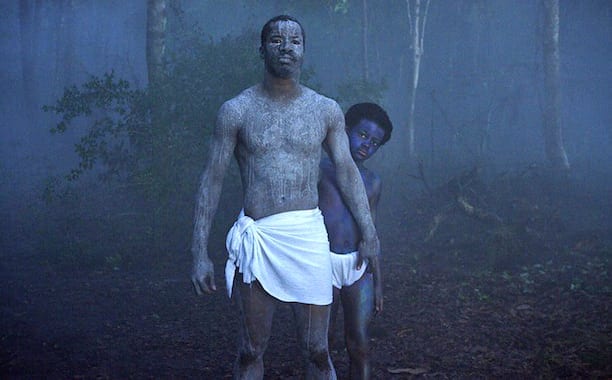 The film views its subject in black and white terms, with no shades in-between.

Timeline Part Two: As the movie inched toward its year-end release date, designated for Oscar attention, part of director Parker’s personal history reemerged. As a student at Penn State, he and a friend, Jean Celestin, were charged with raping a fellow classmate while she was intoxicated at a house party. Parker was acquitted; Celestin was found guilty, but was later exonerated on appeal. He co-wrote Birth’s screenplay with Parker. And the young woman in question, according to her family, spiraled after the rape trials into a long, self-destructive arc that ended with her suicide a few years ago.

Parker has owned up to this personal history. Still, it has become an inescapable part of discussions about The Birth of a Nation. That’s especially because the movie uses two instances of rape as dramatic turning points. In particular, one scene features Parker, as Nat Turner, crying at the bedside of a rape victim and seeking vengeance. In a weird way, he is depicted as the victim. (Though rape was a pervasive part of American slavery, it is not mentioned as an element of Turner’s scant historical record; that means that Parker and Celestin intentionally introduced rape as a plot element.)

Since Parker’s trial was brought to attention, some people (like feminist writer Roxane Gay) have said they could not separate Parker’s alleged crime from his film. He joins the ranks of people like Roman Polanski and Woody Allen, filmmakers whose creative artistry will be judged by some against their real-life actions.

The way rape is deployed in The Birth of a Nation bothers me less because it echoes Parker’s own history than because it’s an easy dramatic tool that turns Nat Turner into a simplistic celluloid hero out for personal revenge (“This Time, It’s Personal”). More than a mythic figure rising up against a nation’s capital-s Sin, the script shrinks Turner from legend to life-size in a way that mitigates against the movie’s potential power.

Full disclosure: I’m a Southern, white man. My perspective can and should be evaluated in that context. But as someone who has written about film for a quarter century, I think I can speak about Birth’s strengths and weaknesses as a movie. 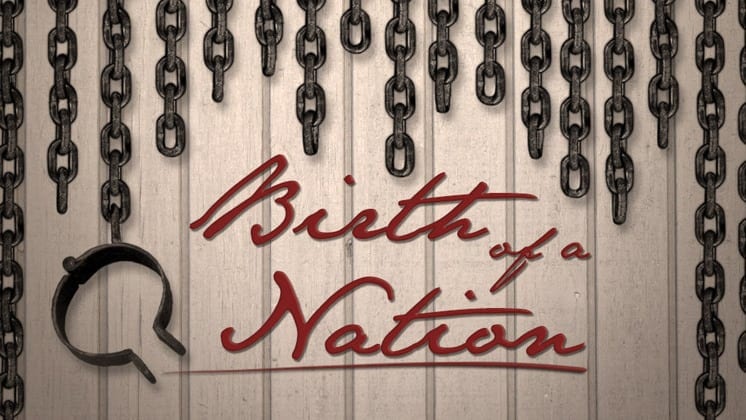 The short version: It’s well-made, but it’s only OK. The material begs for much better than that. Parker and co-screenwriter Celestin harness the story of Nat Turner to an archetype beloved by Hollywood: A-Hero-Shall-Rise. Its beats sometimes even play out like a pre-Marvel, superhero origin story.

We watch as Nat is born into Virginia’s slave-owning Turner family. As a child he’s a playmate to the blond Turner son, Sam. And he’s schooled by Sam’s mother Elizabeth (Penelope Ann Miller), who coddles him when she learns that the boy knows how to read.

Reaching adulthood, Sam (Armie Hammer) becomes Nat’s master; he and his mother are the movie’s attempt to give some dimension to the white characters. Sam becomes a drunk to avoid confronting his complicity in slavery, and Miller seems drained of blood entirely, in horror, by film’s end. All the other white characters, though, like Jackie Earle Haley’s slave-chaser, are almost hilarious caricatures of people who seem to think that verbs exist only to wrap around the word “nigger.”

So yeah, Birth is a very black-and-white — literally and thematically — film that could just easily have been a prestigious TV movie. For me, the story calls for filmmaking that could summon the madness, the high stakes and the prophetic visions (or delusions) of Nat Turner himself — what we know about him, at least.

Except for his insurrection, Turner, like most of enslaved Americans, might have vanished from history with no trace at all. Records that remain of him (other than a confession, supposedly delivered to a journalist while Turner was awaiting execution) are scarce and unsure. The film gives him a bride named Cherry (Aja Naomi King). Historic records show the real Turner may have had a wife by that name; it’s unclear. The movie’s Nat has a daughter, but history doesn’t record any actual offspring.

My point is, except for the body count of people killed in the rebellion (a number in dispute, ranging from 40-something to into the 60s), the story of Nat Turner is, in many ways, a semi-blank page. That’s why novelist William Styron wrote his fictional The Confessions of Nat Turner in 1967 (and got blowback for appropriating the story as a white man). The story asks to be reimagined as much as retold. There are so many unknowns. That’s where The Birth of a Nation disappoints. It’s pedestrian, under-imagined.

There’s little poetry in the visuals. Except for a horrific/beautiful image of a mass lynching in a forest, Birth leans on pretty vistas of cotton fields, white-columned plantations and Spanish moss that we’ve seen a million times before. (Regarding that moss, in case you were wondering: the movie was shot in Savannah, not Virginia.) There’s no poetry in Parker and Celestin’s prosaically earnest screenplay. And there’s neither poetry nor charisma nor madness in Parker’s performance as Turner. He’s a sensitive Jesus figure, with his own ashamed, teenage Judas figure, watching Nat’s execution from the foot of the gallows.

The soundtrack swells with the usual Hollywood orchestral music and celestial choirs. “Strange Fruit,” popularized by Billie Holiday, plays over a crucial sequence near the end. Yes, that’s a great song. So was Leonard Cohen’s “Hallelujah” until it, too, was repurposed too many times in movies and TV. Like I said, under-imagined.

Maybe I expected more from The Birth of a Nation because this is an amazing period of African-American artists, especially novelists, reexamining antebellum history in their own, mind-expanding terms. Think of Edward P. Jones’s 2004 Pulitzer Prize winner The Known World. We could use a film or TV version of that. Or the 2013 National Book Award winner for fiction, James McBride’s picaresque The Good Lord Bird. Or, currently, Colson Whitehead’s alternate-history dazzler The Underground Railroad. Films can or should be as good as these and many other books. But, like these books, to address such an original sin in our nation’s story, they need to be able to both acknowledge and subvert traditional storytelling methods.

The 2014 Best Picture Oscar winner 12 Years a Slave, another fact-based story, was elevated by director Steve McQueen’s artistry. He gave his film an unsettling rhythm, juxtaposing stillness with sudden bursts of passionate emotion. Birth, by contrast, plods along at the same steady, Hollywood-approved rhythm from start to finish. It enshrines Nat Turner as a noble and slightly boring martyr, and Parker himself as a noble and slightly boring leading man. The film’s mythmaking seems to be as much about Parker’s ambitions as a writer-actor-director as it is about addressing the still bloody, aching racial wound of our country.

If The Birth of a Nation — starting with that title, designed to rebuke D.W. Griffith’s 1915 Ku Klux Klan epic of the same name  — is intended to unsettle and provoke, the Swedish dramedy A Man Called Ove (opening Oct. 14) is meant to reassure and soothe. It does the job shamelessly well.

A get-off-my-lawn codger who thinks his lawn encompasses the entire community, Ove (Rolf Lassgård) is a one-man neighborhood patrol, on the lookout not for thieves or vandals, but scofflaws who dare drive on pedestrian-only streets or dogwalkers who don’t pick up after their pets. He even hisses at a stray cat that roams among the tidy houses.

He’s a Scandinavian Scrooge so clearly in need of redemption, you can’t help wondering how a two-hour movie can sustain our interest as it follows a predictable trajectory. Well, just as Dickens did in A Christmas Carol, the movie throws in ample flashbacks, showing us how the hopeful, younger Ove (now played by Filip Berg) turned into this older ogre. It all hinges on his marriage to a lovely young woman named Sonja (Ida Engvoll), who embraced the world as much as her husband would later come to shun it.

These flashbacks to Ove’s younger life get a nice, twisted edge via their delivery system: Each is kicked off by his unsuccessful attempts to commit suicide and rejoin his beloved, departed Sonja. But life has a way of drawing you back into its embrace.

That lifeforce is personified by Ove’s new neighbors, Patrik (Tobias Almborg) and particularly his Persian wife Parvaneh (Bahar Pars). Whether demanding that Ove give her driving lessons, or ambushing him with the task of babysitting her two daughters, Parvaneh instinctively finds ways to goad Ove out of dwelling in the past and reconnecting with the present. This is the sort of movie that you can praise and dismiss in equal measure. It does what it sets out to do, it gets the job done and it will please people. You know who you are.