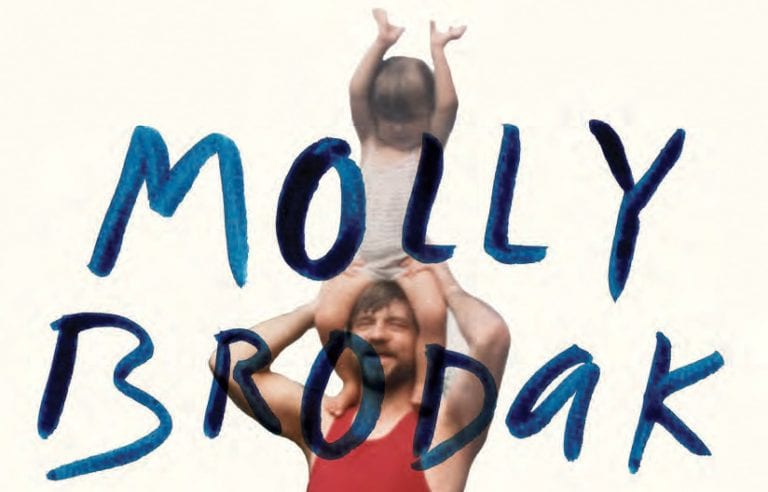 Review: Molly Brodak’s “Bandit” creates her own terms for survival

Molly Brodak’s Bandit:A Daughter’s Memoir (Black Cat – Grove Atlantic, 320p) is a retelling of a girlhood shaken and shaped by the tangled presence of her father Joseph Brodak, a man who is a Holocaust survivor, a Polish immigrant, a Detroit autoworker, a Vietnam veteran, a husband, a gambler, a manipulator, a con man and a convicted small-time Michigan bank robber known as the “Mario Brothers Bandit.”

Brodak chronicles the origins of her nuclear family, which begin with Joseph hiding a wife and child he already had from a woman he worked with and was dating, Brodak’s mother. The book follows the family’s literal and emotional movements through the ongoing crisis of her father’s compulsive spending and reckless gambling. Brodak’s parents marry and divorce. They remarry, then divorce again. Their second split results in a 9-year-old Brodak being separated from her older sister, who lives with Joseph until his condo is raided by law enforcement and he is arrested for robbery. (At this point Brodak is 13. Her sister is 15.) A security tape shows Brodak’s father wearing her sister’s hat during the robberies.

It’s easy, given these facts, to assume Bandit is an untypical story, a story of uncommon scope and drama. But what is unorthodox about this story and its circumstances is also vividly fixed by its terrifyingly traditional foundation: Bandit is the very American and not unusual story of a person or a woman who must reckon with how a man altered her life without her permission and, seemingly, without much thought for her.

Brodak, her mother, and her sister, over the course of several years, do the extremely difficult and various work of examining and feeling how love, emotional wounds and their own chaos figure into their relationships with each other and into their relationship with Joseph Brodak. It all shudders into something else beyond what facts can fathom conveying: a life never easily distilled.

The facts are easy to say; I say them all the time. They leave me out. They cover over the trouble like a lid. This isn’t about them.

This is about whatever is cut from the frame of narrative. The fat remnants, broke bones, gristle, untender bits. Me, and my mom, and my sister, and him, the actual him beyond the Bandit version on the event news.

I see my little self there, under the stories.

The intensely recounted facts of Bandit are not usual, but reading this book, Brodak’s writing gave me a great deal of language that I’ve been working to recognize and clarify for a long time. Brodak deftly articulates how the violence of patriarchy and power can become so deeply entrenched in a mode of being or existence that it becomes almost impossible to fully articulate it. It’s rare to even find the occasion to speak openly and without fear of such things.

“I have kept quiet about all of this my whole life,” says Brodak.

By writing this book, Brodak makes a radical choice to not leave herself out, to reveal what is rarely spoken of. How a girl “survives” beyond societal conceptions of comfortable (and sexist) narratives of redemption, forgiveness and peace. How a girl survives according to terms she continues to consider and shape.

This is perhaps a simplification of what is truly a very complex piece of writing, but I’m interested in exploring this powerful simplification because while, yes, Brodak’s narrative is, on one level, extraordinary, readers and writers should be allowed to have, to create, and to see themselves in narratives exactly like Brodak’s. Her writing is an open, insistent, thoughtful documentation and parsing out of an intricate pattern of manipulation and gaslighting in a very real, inextricable relationship in her life. Many of us navigate some form of patriarchal dominance or control in our lives. We’re literally seeing it both confirmed and erased on the national stage as our presidential election approaches. Reading Bandit offers a reader an understanding of how widely and variously such pain and trauma ripples out, touches everything, changes, lingers and affects an extraordinary range of people, including the perpetrator. Everyone struggles to articulate or to avoid articulating how such violence impedes, confuses and exhausts human contact and exchange.

Aren’t we together on this, Dad, together on missing our dads, and what has it done to you and me? You left an unknowable self behind, with us, your cover story, your dupes, and I kept following, and I’m still following, somehow more than ever, in love with this troubled mom and sister and you too, maybe most of all you, the unknowable one. 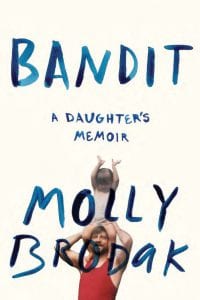 Additionally, despite the emphasis often placed on story as the melody or the hook in nonfiction, Brodak never prioritizes the potential smoothness of narrative arc. Brodak and her family continuously interrupt, fray, and question the narrative arc instituted primarily by Joseph as they revisit it, break from it and feel it. While some documentation remains for Brodak to include, many potentially critical letters and photos have been lost. She chronicles hesitant conversations in the more recent present between her and her mother and her and her sister regarding the writing of this book. Though Brodak visits Joseph in prison and exchanges correspondence with him, he never quite admits to all that the book recounts. The reason for this isn’t clear or steady to anyone. As much room as Brodak gives her father to be seen through the pain he creates, an opaque layer tough as brick obscures him. Narrative might add up but people often don’t or can’t or they swerve or they live, and Brodak’s Bandit is a memoir that never forgets that and states it explicitly.

No stories work for me. The “story” I have felt these facts through is just a simple and untranslatable darkness. A packed wet powder, dark navy blue, nothing I could fit in a rectangular package and place on a library shelf. If I move or just look too closely I am afraid this “story” will crumble apart. This is one reason I never wrote directly about these true things. The other reason is that I thought they would not be meaningful to anyone, not even to me, in any imaginable way.

Brodak also refuses a comfortable idea of story and narrative in order to further see and prioritize “my little self there, under the stories.” Brodak leads us often and intimately into quiet and intense portraits of herself throughout the book. Some moments are tethered to the narrative and some create intimacy from somewhere else, the deep caverns of a tender body. She excavates and examines herself: biking across Michigan as a teenager, working for a summer on an Amish farm for “troubled” children, recovering from having a benign brain tumor removed, looking at aging houses for rent in Atlanta with her current partner, shoplifting in college, discovering a love for poetry via Walt Whitman in a school library, visiting the abandoned Detroit church where her father first lived after immigrating to America, reading a small poem she wrote as a very young child that ends with the devastating, extraordinary vibration, “My Shoes are always filled with sand.” These vulnerable arrangements bring us closer to the narrating “I,” while also giving Brodak a potentially healing amount of space to speak and guide memory.

Bandit doesn’t go anywhere it doesn’t want to. To do so would be to replicate something like the pain Brodak continues to know and work through. It’s a remarkable, fierce story told with strength and brilliance. Brodak’s writing creates its own radical light and welcomes you into it.