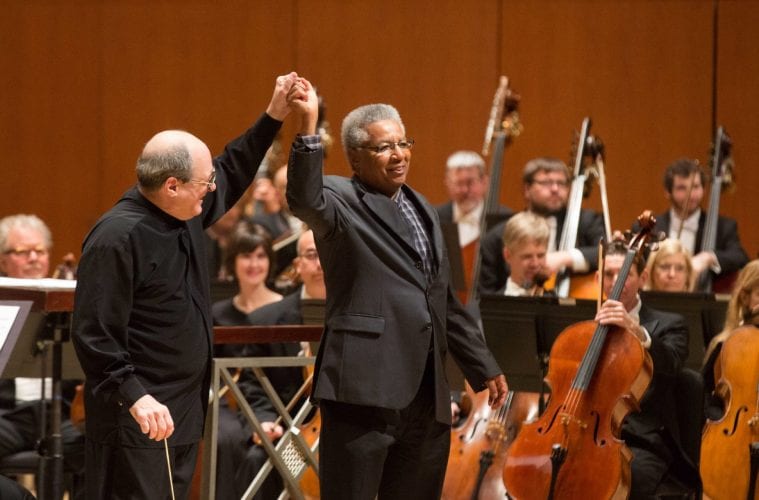 On Thursday evening the Atlanta Symphony Orchestra performed a concert of music by Singleton, Grieg and Sibelius at Symphony Hall, led by ASO music director Robert Spano and featuring guest piano soloist Louis Lortie. The program will be repeated on Friday evening at Symphony Hall before the orchestra heads off on Saturday to Savannah to perform the Grieg and Sibelius at the Lucas Theatre as part of the Savannah Music Festival.

Brooklyn-born composer Alvin Singleton arrived in Atlanta in 1985 at the behest of Robert Shaw, ASO music director at the time, to become the orchestra’s composer-in-residence. After the residency ended in 1988, Singleton decided to stay in Atlanta, and has lived and worked here ever since. This season marks Singleton’s 75th birth year, which was celebrated last month in his hometown at Brooklyn’s prolific experimental art venue, Roulette, on March 10. 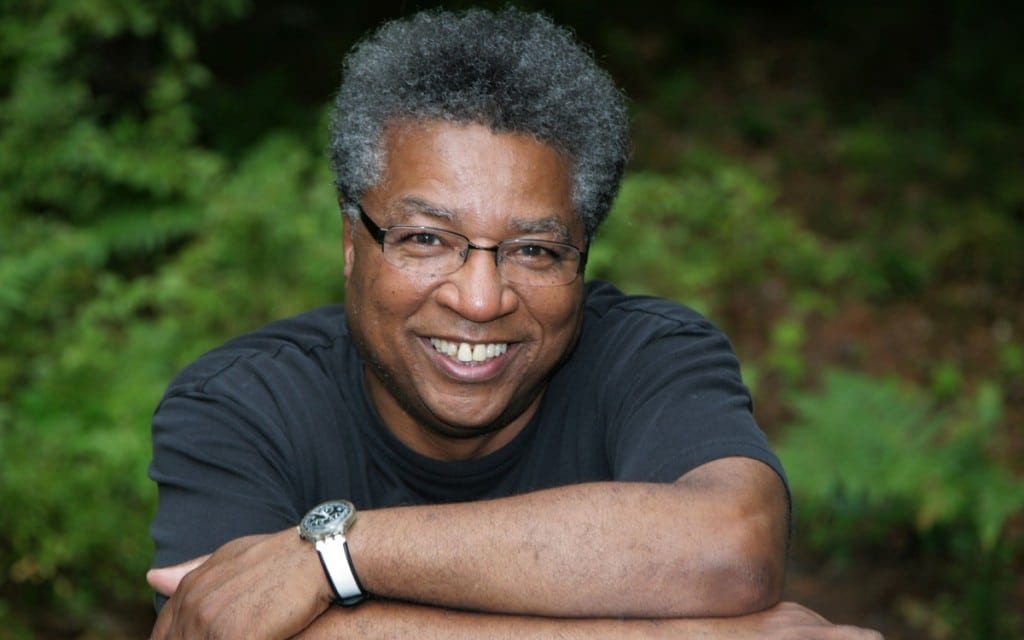 Among a good handful of other performances of Singleton’s music coming this spring is the premiere of his “Prayer” for tenor solo, chamber chorus, organ, harp, trumpet and cello on May 22, to be conducted by James Conlon as part of the Cincinnati May Festival. Singleton has consistently remained over the years Atlanta’s most prominent composer on the national and international scene.

Thursday’s concert opened with Singleton’s “Different River.” This is the second time the ASO has programmed the piece, both times under Spano’s baton. The first was its premiere four years ago. It is a piece in which all the ideas in the piece emerge and reappear in a variety of guises and transformations, though never exactly the same or in the same context.

As with his other works, the title “Different River” is not meant to be descriptive. Nonetheless, there is metaphor, as in a saying attributed to the Greek philosopher Heraclitus, from which Singleton drew inspiration for the 25-minute work: “You cannot step twice into the same river.”

This performance by Spano and the ASO reinforced the impression left by the premiere: “Different River” is an engaging, impressive work by a seasoned composer possessing a distinctive, personal and creative voice. 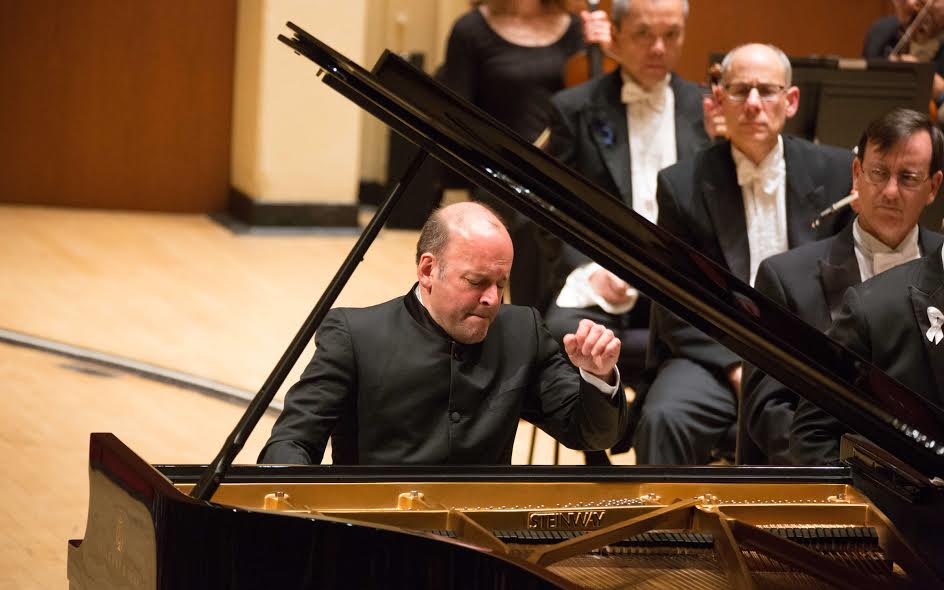 Lortie then joined Spano and the orchestra onstage as soloist for Edvard Grieg’s Piano Concerto in A minor, Op. 16 (1868). To say it is one of the most popular of piano concertos may be cliché but is quite true, as its opening theme has long been used as representative of “serious classical music” in popular culture. The average person on the street will recognize it instantly, even if they don’t know its title or composer.

Lortie offered up an extremely extroverted rendition from the outset. Indeed, it is the uber-popular first movement that makes it for the audience, which in this case was unable to contain itself and burst into applause at the movement’s end. In its own way, the lyrical second movement was no less outspoken in Lortie’s hands. The final movement, which draws greatly upon the style of a Norwegian Halling folk-dance, capped the work energetically, with good impact.

After the concerto, Lortie offered up a rather rambunctious performance of a Chopin “Étude,” Op. 10, No. 4, as an encore.

The music of Jean Sibelius is one of Spano’s specialties. In this week’s concerts, he chose to give us the composer’s Symphony No. 2 in D Major, Op. 43 (1902). It served as another example of how Spano’s way with Sibelius continues to generate exciting performances with a decidedly human edge to them.

Like last week, this was another particularly strong outing for the ASO, and tonight’s repeat performance is the final chance to hear the entire program. For Saturday’s performance in Savannah, Spano and the ASO will get more conservative, adding Sibelius’ “Finlandia” to the program in substitution for Singleton’s “Different River.” The omission will be Savannah’s loss.