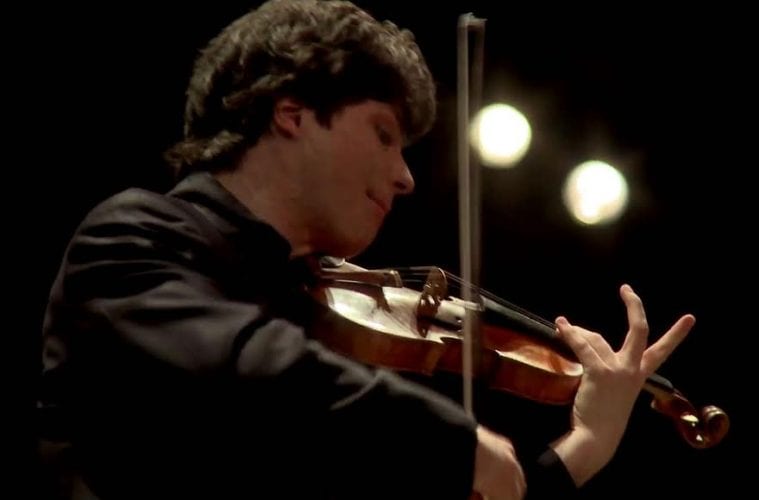 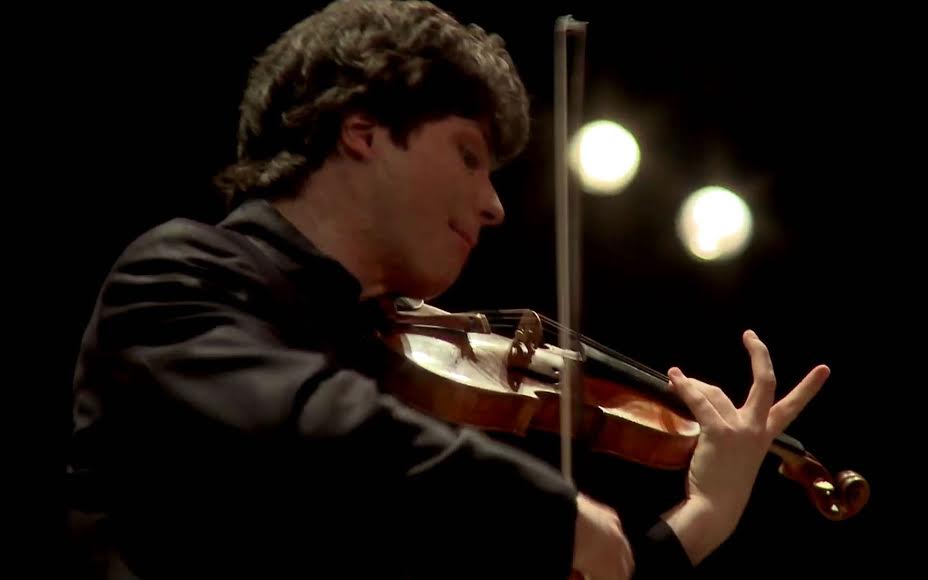 On Thursday evening, the Atlanta Symphony Orchestra performed a concert of music by Blacher, Sibelius and Brahms at Symphony Hall, led by guest conductor Marc Piollet and featuring violinist Augustin Hadelich as guest soloist. The concert will be repeated on Saturday evening.

Thursday’s orchestral program was preceded by another installment of the ASO’s occasional pre-concert chamber music concerts which began at 6:45 p.m. It opened with a world premiere: “Five Bagatelles” for alto flute and cello by Robert Cronin, the ASO’s associate principal flute, performed by the composer and cellist Daniel Laufer.

Cronin’s composition is a thoughtful, intimate work, for which Symphony Hall in total is perhaps too large a space, although the stage itself, where the audience is invited to sit in the musicians’ chairs for these chamber events, is a good size. An even smaller space would be effective for this duo. The work’s strength comes from the chromatically winding but carefully crafted lines and melodic exchanges the instruments share, convincing musical consequence and emotive evocation. The performance was dedicated to the ASO’s late piccoloist, Carl Hall, who died at the beginning of February following a long battle with cancer.

Guest conductor Marc Piollet made his ASO debut with Thursday’s concert. He had previously been scheduled to lead the ASO in a 2014 concert with Hilary Hahn as soloist, but because he became unable to travel at the last minute, was replaced by conductor Thierry Fischer.

Piollet and the ASO kicked off the 8 p.m. orchestral concert with “Variations on a Theme by Niccolò Paganini,” Opus 26 (1947) by German composer Boris Blacher. Although significantly less well known than Rachmaninoff’s “Rhapsody on a Theme of Paganini,” Op. 43, like “Rhapsody,” Blacher’s “Variations” is based on Paganini’s Caprice No. 24. In fact, it opens with the Caprice being played by solo violin (concertmaster David Coucheron), which is then interrupted by the full orchestra in a great crescendo.

The total of 16 variations in Blacher sounds far less German than it does 1940s American, rife with jazz idioms and harmonies. It even includes a long “smear” in the clarinet part at one point, reminiscent of the one in Gershwin’s “Rhapsody in Blue.” It was an engaging, fresh change of pace for an ASO opener, even though they’ve played the piece twice before on subscription concerts, in 1983 and 2001.

Hadelich then took the stage as soloist for the Concerto for Violin and Orchestra in D minor, Opus 47 by Jean Sibelius. The Italian-born son of German parents, Hadelich, who turns 32 on April 4, recorded it in 2013 with conductor Hannu Lintu and the Royal Liverpool Philharmonic Orchestra. The disc was release on the Avie label in 2014.

Since 2010, Hadelich has been playing a 1723 “Ex-Kiesewetter” Stradivarius violin on an extended loan from its current owners, Clement and Karen Arrison, through the Stradivari Society. This is the same violin that hit the news in 2008 when its previous possessor, Russian violinist Philippe Quint, accidentally left it in the back of a New York City taxicab. Fortunately, it was recovered the next day.

Sibelius’ sole Violin Concerto is at once highly virtuosic but copiously melodic. Hadelich played with great assurance and ease. His tone was energized, focused and canorous, with an underlying tensile strength in even the most melodious of passages. His technical virtuosity was deliberate and musically substantive rather than merely flashy.

After receiving enthusiastic ovations, Hadelich returned to the stage for an encore, a brilliant performance of Paganini’s Caprice No. 5 for solo violin.

After intermission, Piollet led the ASO in Brahms’ Symphony No. 4 in E minor, Op. 98. Although the opening tempo to the first movement felt slower than one might have expected, it ultimately seemed that Piollet was going for a conceptually broader take on the work overall.

It was an approach which minimized what is often a sense of underlying urgency in the first movement, in exchange for listening more patiently to its inner workings — as in an unhurried walk. Even the normally ebullient third movement (Allegro giocoso) took on a fuller, more noble character, without becoming dull or ponderous.