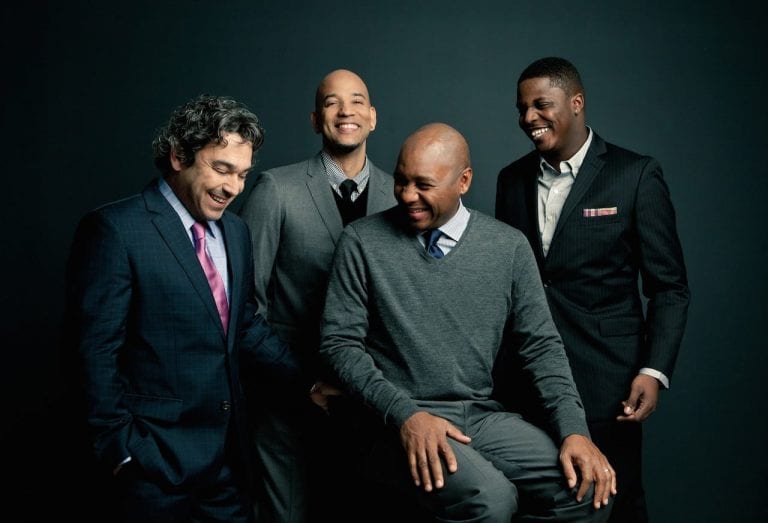 The 2016-17 Candler Concert Series will offer an eclectic line-up that features a jazz icon and a member of one of rock’s greatest bands.

The series is highlighted by the October 1 appearance by the Branford Marsalis Quartet, with special guest Kurt Elling. Also in the line-up is Macon violinist Robert McDuffie, who will be joined October 28 by Macon native and R.E.M. bassist Mike Mills and the Wordless Music Orchestra.

The Orpheus Chamber Orchestra will debut a world premiere work on January 20 by Emory University composer Richard Prior.

Anyone who has visited New York City’s Times Square has likely seen the line leading to a box office that offers discount same-day tickets to Broadway shows.

The idea has come to Atlanta, where next week Colony Square will begin selling $20 same-day tickets to shows and events at the Alliance Theatre and the Atlanta Symphony Orchestra. The box office will be located at Colony Square’s concierge desk in the retail center starting Tuesday. It will be open Tuesdays through Fridays from 11 a.m. until 2 p.m.

In addition to day-of tickets for performances, the box office will also offer regular admission tickets to the Alliance, the ASO and the High Museum of Art.

The Atlanta Opera has been nominated for an International Opera Award in the Accessibility category. The nomination recognizes the opera’s efforts to expand audience interest in the musical form.

“We are thrilled to be recognized by this prestigious award program,” said Tomer Zvulun, general and artistic director of the Atlanta Opera. “In the past three years, we have made it a priority to attract new audiences by programming meaningful and relevant shows. We are grateful that our efforts have been recognized by the industry.”

The awards will be announced at a London gala on May 15.

Opera Volunteers International has awarded Capitol City Opera a matching grant of $2,000 to assist the company in adding a new children’s opera to their education outreach program.

The company will use the money to produce Billy Goat Gruff by John Davies, a story that incorporates opera arias by Mozart, Donizetti and Rossini to teach children how to deal with bullying.

“Since 1992, one of Capitol City Opera’s core missions has been focused on introducing opera to school age children,” said Donna Angel, company founder and artistic director emeritus. “With the grant, we will be ready to perform Billy Goat Gruff at the beginning of the 2016 academic year. It’s a strong story, an issue that is important to the education environment.”

Capitol City Opera is one of three opera companies in the United States to receive an OVI grant award.