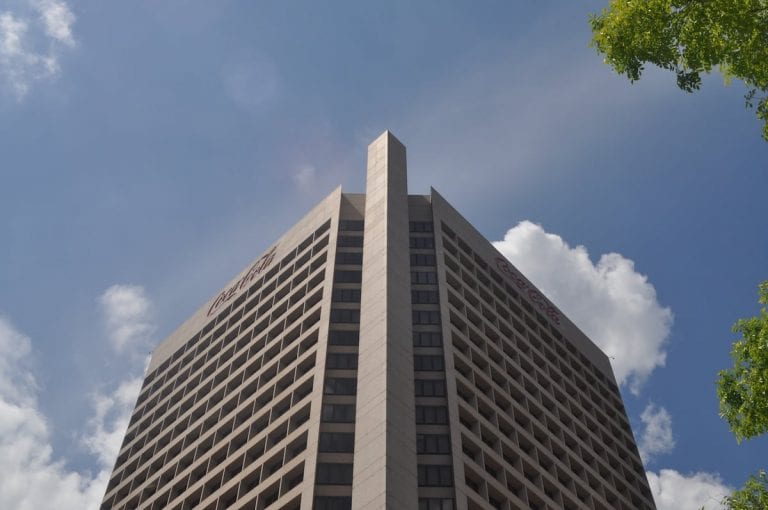 The Coca-Cola Headquarters. (Photo by and courtesy of Michael Kahn.)

Around the world, Coca-Cola is one of the most globally recognized brands, an embodiment of good times in the shape of a sugary refreshment. But, for Atlanta, Coca-Cola is so much more: an economic driver, supporter of arts and culture, and crucial to the livelihood of thousands.

For more than 130 years, the brand has been synonymous with Atlanta, and has left its mark on the city in countless ways.

The company’s hometown presence goes beyond the buildings that bear the signature red logo. The leadership of Coca-Cola has long been one of the major philanthropic sources for many institutions and attractions in the city.

In many ways, Coca-Cola hides behind a shroud of mystery. Downtown’s Woodruff Park exists, at least in part, because of the company. Same for the cultural attractions around Centennial Olympic Park. It’s also not an overstatement to say that Centennial Olympic Park and, indeed, the Olympic Games likely would not have happened without Coca-Cola’s influence.

Of course, there are many signs that Coca-Cola is a major presence in the city. Sponsorships, exclusivity agreements and even a street or two pay homage to the company’s influence. As far as signs go, few shine brighter than the glowing red circle atop the Olympia Building at Five Points, across the street from where Jacob’s Pharmacy — the birthplace of Coca-Cola — once stood.

A public face and private complex

While the World of Coca-Cola — in all its kitschy glory — is truly the “public face” of the company to countless visitors to Atlanta, Coke’s presence looms much larger over the city in the form of its large corporate campus along North Avenue, across the street from Georgia Tech.

The North Avenue campus is more or less a fortress, not too dissimilar from any other major corporate headquarters. An assortment of buildings, mostly nondescript, the compound really doesn’t announce its presence beyond the obligatory street-level signage on Luckie Street and North Avenue. The tall iron fence encircling the complex makes it clear — public isn’t welcome.

At the edge of the campus stands an unapologetically geometric grey stone tower — One Coca-Cola Place.

Completed in 1979, the building is a product of its time. Designed by locally based firm FABRAP (now Rosser), the 29-story building is an extruded grey volume with regularly punched windows, sliced diagonally by a plane that protrudes at the northeast and southwest corners.

Faced with granite, the building is from afar a monochromatic monolith. Unlike many of today’s glassy high-rises, the tower is more solid than void. Deep set windows, cut into the façade at an angle, create dramatic shadow.

The building is severe with its looming presence and heavy silhouette. If the building is anything, it is the antithesis of the iconic contour bottle that Coca-Cola is known for. But it lends a sense of permanency and stability that has remained relatively timeless over the last four decades.

Like other brutalist buildings in Atlanta — the recently demolished Christian Church Buckhead and the formerly threatened Central Library — the Coca-Cola Headquarters building is far from universally loved, but upon inspection of the elements that comprise the building, the finesse is apparent.

Each deeply recessed window, comprising dark tinted glass in a dark frame, contrasts greatly from the light grey granite that forms a cadenced grid around all four sides of the building. Unlike most high-rises, where emergency stair towers are hidden within the volume of the building, the elements are celebrated, pulled to the northeast and southwest corners and contained in a planar volume that slices the building. The arrangement, with cutaway corners, gives the building a unique profile, distinctive from any other building in the city.

Another factor to the tower’s commanding presence is its location on the western side of town. Rather than surrounded by other high-rises like other tall buildings in Midtown and downtown, Coca-Cola stands apart. That’s possibly part of the allure. Rarely are skyscrapers enjoyed on their own. 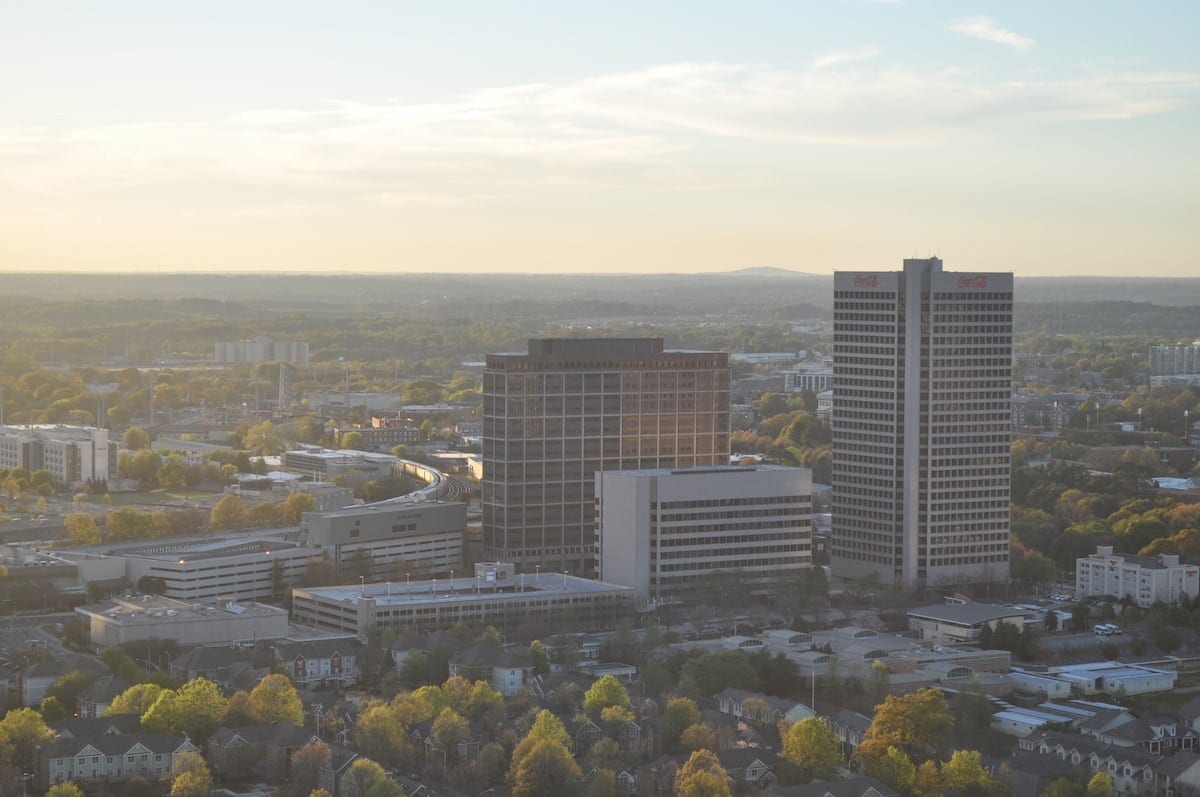 FABRAP, along with internationally renowned firm Skidmore Owings & Merrill, would go on to design BellSouth Center (now AT&T Midtown Center) just across the interstate in Midtown a few years later, utilizing many of the same features employed at Coca-Cola.

Like Coca-Cola, the Bellsouth Center is a light grey tower with deeply recessed windows. Again, the corners are expressed as voids, though the emergency stairs are not defined on the exterior of the building. The large illuminated signage bearing the tenant’s name is incorporated in the large blank mass atop the building (also not unlike the earlier Equitable Building, by the same firms).

However, the BellSouth Center differs from Coca-Cola in that it is embedded within the fabric of the city. There is no dramatic view of the building standing on its own. Rather, the building is viewed from close up from the surrounding public plaza at its base, or farther away as part of the Midtown skyline — never as a singular element.

The complex on North Avenue comprises many buildings, with the Coca-Cola tower sticking out as a dominating presence. While close to downtown and Midtown, and just across the street from Georgia Tech, the building never sparked a jumping of the interstate by other tall buildings.

Coca-Cola has inhabited countless buildings across the city over the last 130 years, but nothing has defined the company quite like its North Avenue headquarters. While not open to the public, and not on the Peachtree Street corridor, One Coca-Cola Place is an important piece of the Atlanta architectural landscape.

And the iconic script “Coca-Cola” sign, glowing red above the city, is a subtle reminder of just how important the company is to Atlanta.