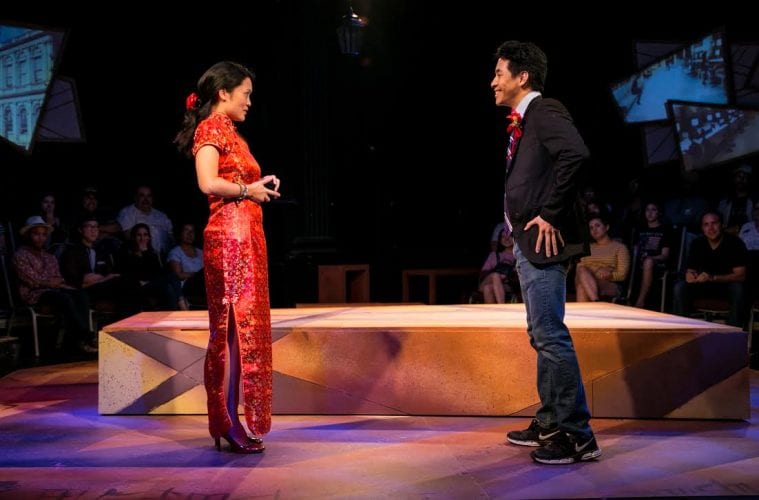 “Have you blown anything up lately?” This is not the typical greeting for old friends, but for Diana and Max, it’s most appropriate. From blowing up snowmen as children to blowing up each other’s lives as adults, in The Two Kids That Blow S*** Up, Carla Ching dissects their arrested development and unmet expectations. This is a theme throughout her work as well as uncovering the love and loss that draws people together to form a family.

Aurora Theatre is staging The Two Kids that Blow S*** Up through September 30 on their second stage, and Horizon Theatre is producing her latest work, Nomad Motel, September 28–October 21. Nomad Motel is a commission from South Coast Repertory Theatre in Orange County, California, and she wrote it to tell a story about the area that wasn’t what people are used to seeing on reality television. In her research, she found a number of articles about hotel kids and homelessness that inspired the script. The play is a National New Play Network rolling world premiere that will culminate with an Off-Broadway production at Atlantic Theatre Company.

In Two Kids, at first Diana and Max are drawn together when their parents start dating, and even when that relationship ends, their bond remains. The play is written as a series of vignettes that follow them from ages nine to 38 and show how their relationship evolves and devolves through career transitions, addiction, unrequited love and everything in between. In Nomad Motel, three teenagers find refuge in each other to escape the loneliness that comes with not having a place to call home. Ching’s writing style is quick-witted and conversational, bearing a vulnerability that would be unnatural in real life. She gets to the core of her characters, hollowing them out and filling them back up.

In addition to writing plays, Ching writes for the small screen on Graceland, Fear the Walking Dead and I Love Dick. Still, the thrill of a live audience pulls her back to the stage. ArtsATL caught up with her to chat about dysfunctional families and Asian American representation in theater. 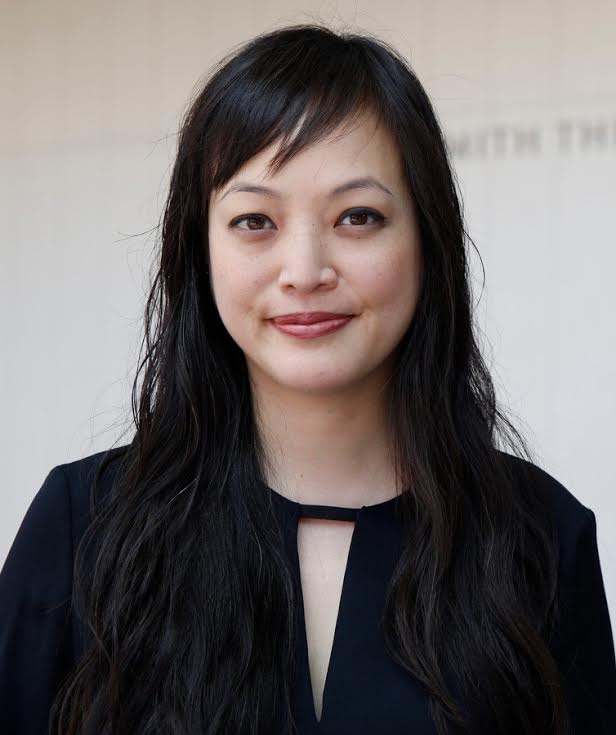 ArtsATL: How much does your own family inform your work?

Carla Ching: It does a lot, but my parents get upset, so I have to be careful. The thing I can say is that I’m obsessed with ideas of how one makes a family, how one keeps a family together, but also how one finds one’s invented family. My folks live in California, and I went to college on the East Coast, so it was hard to come home. My first Thanksgiving in college was me and two friends from college made a makeshift dinner in one of the dorms, which was special, because we were family for a time. Most playwrights are obsessed with a couple of things, and family definitely is one of mine.

ArtsATL: And, most of your protagonists are Asian American.

Ching: I feel like white actors get a lot of opportunities to tell the story of a lifetime in two hours, but Asian Americans don’t get that. Asian American actors don’t get to be in love stories or show off actor virtuosity. I have so many friends who just don’t get the parts they deserve. They often end up playing sidekicks, the friend next door or the girl who gets brought to dinner, and I just want to see them be able to be front and center. This is the fourth production, and Aurora Theatre is the first non-exclusively Asian American theater company to produce The Two Kids That Blow S*** Up. I was impressed that they saw value in it . . . that’s pretty forward-thinking.

Ching: There are a lot of tremendous Asian American playwrights working today, perhaps more now than ever before. Companies are starting to program more diversely, but it feels like theater companies tend to think there has to be something identity-oriented in order to produce a play with Asians. The characters being Asian American is part of who they are, not all of who they are. For my play Fast Company, I had a fairly well-known theater company ask my agent if I would consider making the main character white. They would rather change the ethnicity of a character so it would be more palatable for the audience.

ArtsATL: With the recent release of Crazy Rich Asians, people are saying this is a seminal moment for Asian American culture. What are your thoughts on that?

Ching: It’s a massive moment because there hasn’t been a studio film in 25 years, but artistically it should not have to represent the entirety of Asians in America. It is an Asian American story. It’s a romantic comedy, it’s its own thing, and it should be evaluated as such. It’s super important, and I’m glad it got its gold opening, but I don’t pretend or try to proclaim to represent all of Asian America. I am representing specific characters.

That said, I write from an Asian American lens, and there’s intentionality in the characters being Asian American. You couldn’t switch the race of the characters and have the play still stand. I would love to get Atlanta folks out to see these two plays if they like stories about family, love and friendship. I hope that the Asian American community comes out so that they can see themselves on stage.