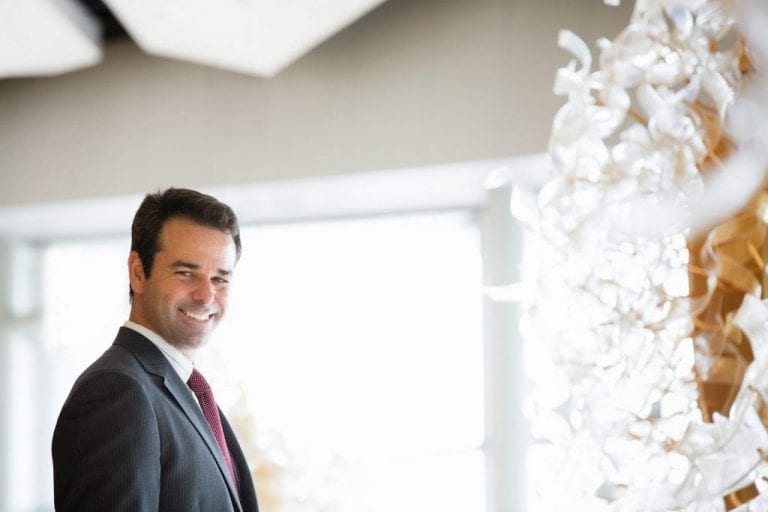 Zvulun says the upcoming season will focus on the world of outsiders, and include contributions of three key Atlanta theater figures. (Photo by Jeff Roffman/The Atlanta Opera.)

Earlier this month, the Atlanta Opera announced its upcoming 2017–18 season, which will combine classics along with productions that push the boundaries. That formula proved successful this season, particularly with the sold out stand of Maria de Buenos Aires at Paris on Ponce.

ArtsATL sat down with Tomer Zvulun, the Atlanta Opera’s general and artistic director, to chat about the new season, his desire to break down barriers between theater and opera, and some thoughts about the future of opera.

ArtsATL: The Atlanta Opera’s 2017–18 season looks very diverse with four main stage productions and two Discoveries Series productions. Is there any common thread running through the whole that ties it all together?

Tomer Zvulun: There’s a very specific theme next year for the Atlanta Opera. One of the things that becomes evident when you live in the United States is there are different categories of communities and people that feel on the fringe of things, that feel like they’re “the outsiders,” they feel like “the others.” The season has that feeling through the titles that we selected.

The show that opens the season is a Discoveries Series piece by Kurt Weill and Bertolt Brecht, The Seven Deadly Sins, which we will be doing at a surprise location in a cabaret setting. It’s about an immigrant who comes to America and goes to seven different states and discovers seven different sins. It will be followed by a new production of Wagner’s The Flying Dutchman — the quintessential outsider. He is a sailor who’s been cursed and is condemned to be in the sea for eternity until he finds the other outsider, that crazy woman who will fall in love with him and will provide him redemption.

Then a bel canto piece that has not been done here in 30-something years, Donizetti’s The Daughter of the Regiment, [in which] a battalion of soldiers are raising an orphan teenage girl. So she is the outsider within the barracks of men. The season continues with Bizet’s Carmen, in which a Gypsy — talk about outsiders — seduces a soldier who runs away with her to the mountains to become a smuggler. It ends with the absolute outsider piece, Stephen Sondheim’s Sweeney Todd: The Demon Barber of Fleet Street, and we don’t need to tell how deeply different that person is to London and to that society. In the middle we have another Discovery Series piece, the company premiere of Jake Heggie’s Out Of Darkness, which is directly about persecution of gays and Jews in the Holocaust.

ArtsATL: Along with diversity of operas themselves, composer’s craft and librettist’s craft comes also the craft of bringing a production to the stage. Obviously, putting Weill’s piece in a cabaret situation reflects a diversity in the company’s stagecraft.

Zvulun: I’m a director, so for me production [and] how things look and flow dramatically are really important. Our Discoveries Series is a tremendous hit with productions like Maria de Buenos Aires, which [we did at] Paris on Ponce. It completely sold out; we had to add performances. What’s really cool about Maria, and why we are doing The Seven Deadly Sins next year, is that the space [at Le Maison Rouge] is immersive and it allows you to get into that world of Buenos Aires tango without altering it too much, because it’s a red velvet cabaret. That’s where it should happen.

The Seven Deadly Sins will be directed by somebody that I really respect, an up-and-coming artistic director and director of Serenbe Playhouse, Brian Clowdus. This is the group that did Miss Saigon with the helicopter and got into the New York Times. I think he will do a very good job in this world of immersive theater.

The premiere of Out of Darkness is going to be in collaboration with Theatrical Outfit, which is one of my favorite theaters in the city. It’s very intimate: 200 seats. Tom Key is going to perform one of the lead roles, a speaking role that also has a singing chunk at the end. It’s a real collaboration that we’re very excited about.

ArtsATL: What will you be directing yourself?

Zvulun: I will be directing a new production of The Flying Dutchman. It’s the spellbinding story of a sailor who’s cursed and a woman who is obsessed with him and willing to kill herself for him. It’s almost like a Tim Burton movie. Visually it’s going to be very, very interesting, but also vocally. We’ll have some of the greatest singers of today. Jay Hunter Morris is going to sing Erik, Melody Moore is singing Senta and Wayne Tigges is going to sing the lead role of The Flying Dutchman.

The rest of the season is vocally exciting as well. We are bringing back the wonderful Italian tenor who was here for La bohème, Gianluca Terranova, to do his first Don Jose in Carmen and we’re bringing in the Latvian mezzo-soprano Zanda Švēde to sing Carmen. Sweeney Todd is going to be cast with a very famous person in Atlanta, Shuler Hensley, who has a classically trained voice. He started as an opera singer but he’s also a Broadway star, so we’re having him do his first Sweeney with us.

ArtsATL: With what seems an increased blurring of the borderline between opera and musical theater, is there really a bright if fine line between those genres anymore?

What is allowing us to do that and combine it with my passion for great acting and theatricality is the fact that this generation of performers treats opera in a completely different way. It’s no longer enough to just be a great singer, park in the middle of the stage, gesture and sing in strange languages. Now they are trained so that they come as a complete package. Their acting ability is just as important as their vocal chops. If you saw Silent Night, the music was absolutely sublime and the voices were really, really great, but they were [also] all actors. They brought together a story that was emotionally riveting. You could believe they were in that world.

ArtsATL: Even so, is opera an art form that will culturally endure?