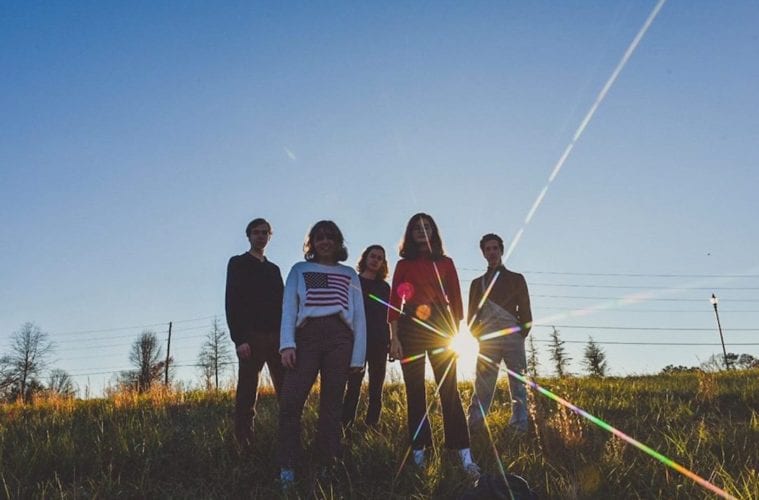 Lunar Vacation performs at the Masquerade on March 29. (Photo by Violet Teegardin)

Since 2017, Lunar Vacation has entranced audiences with a repertoire of psychedelic moon tunes, creating a genre the group calls “pool rock.” Growing up in Atlanta, the quartet longed for a way to escape the monotony of suburban Catholic-school life. The band plays the Masquerade on March 29 with SALES and Varsity before heading back out on the road.

ARTS ATL sat down with guitarists Repasky and Geeslin to talk about gear, guitars and a friendship built on a similar rebellious music taste.

ARTS ATL: How did you two first meet?

Grace Repasky: We met through a mutual friend in eighth grade. One of the worst things is we started talking because I saw a Snapchat that had a Nirvana poster in the back of it, so from there we bonded on a new (to me) level of music.

Maggie Geeslin: That does sounds pretty bad. But we were 13 and went to parochial school, so it was pretty edgy at the time. Though we lived in different neighborhoods and went to different schools, I knew Grace could sing and was interested in playing music, and I wanted to be her friend.

ARTS ATL: What was the first guitar you ever picked up?

Repasky: I learned on my uncle’s acoustic Epiphone; he got two because he wanted to learn guitar but ended up scrapping it due to his large finger size. One day my sister was in her room trying to learn to play it. The next week, I snuck into her room, took it, then started teaching myself off of YouTube tutorials before getting a teacher.

Geeslin: I got a $50 guitar for Christmas in third grade and pretended I could play it for about five years until I actually started learning. It was left handed, even though almost every guitar teacher will tell you to learn righty even if you’re a lefty, which I am. I did not know this when I was eight, so I got so comfortable with it.

ARTS ATL: What guitars do you prefer to play at shows?

Repasky: I almost always play my navy Danelectro Pro guitar that my guitar teacher David Feldstein gave to me. Or a Fender Jazzmaster, which is John Michael’s baby.

Geeslin: My one and only Fender Kurt Cobain Jaguar. I will love it forever. 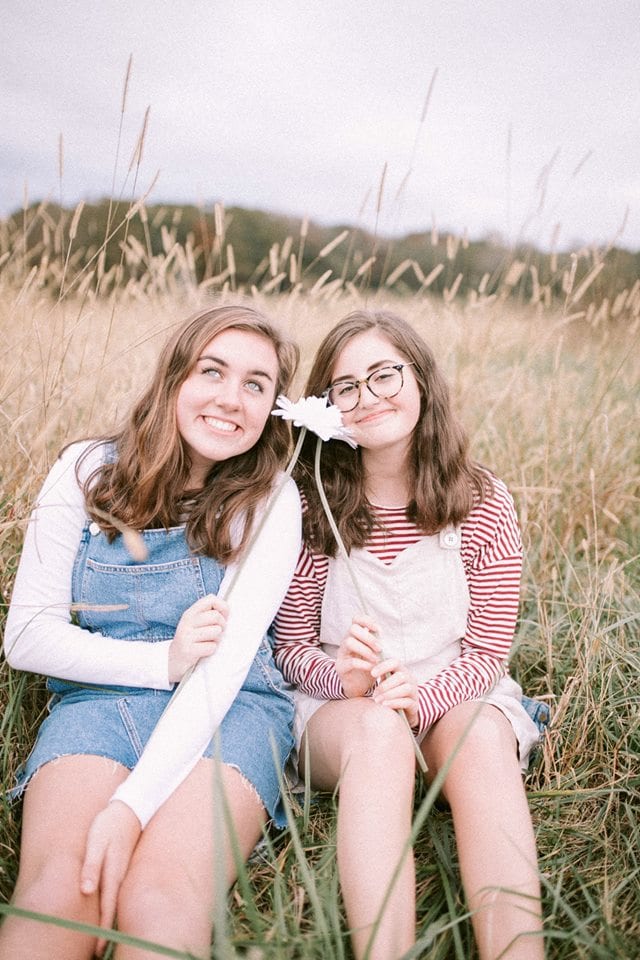 ARTS ATL: Do you use nylon or steel strings? And do the types of strings affect the evolution of your sound?

Repasky: It depends on what particular sound you’re going for. Maggie and I have had our fair share of nylon string usage when playing classical music when we took an Advanced Guitar class in school. The nylon strings give off a warmer, softer sound.

Geeslin: I mostly use steel, but I do love a good nylon — they sound so sweet. The only nylon I currently own is a child’s classical guitar, which is priced around $20, restrung upside down. It barely functions, but I still noodle on it from time to time.

Repasky: My favorite is a BOSS DD-20 Giga Delay pedal — partly because there is such a large collection of delay that you can access and it has some cool space echo effects we use live.

Geeslin: I like my TC Electronic Arena Reverb pedal paired with the MXR Carbon Copy Analog Delay pedal. The reverb pedal has a nice variety of settings, and both of them have modulation settings, which can sauce things up live. Gear and pedals may seem daunting; we are but children in the eyes of Kevin Parker.

Repasky: My very first real electric guitar (there’s no way I’m including my Fender Squier as my “first guitar”) was my Danelectro Pro. My guitar teacher gave it to me simply because I was looking for a good guitar and he had it lying around. I’ll never forget what he told me when I asked how I could pay for it: “As long as you play it, that will be enough,” he said. He’s a cool guy.

Geeslin: This really isn’t about gear, but one time Grace and I (alongside our friends Mary Margaret and Rachel) were the first girl quartet at our school to perform “Waltz Of The Flowers” by Tchaikovsky on classical guitar. That sounds sweet and nice, but it was the hardest piece of music I’ve ever had to learn. If you have a spare moment, you should watch the Los Angeles Guitar Quartet perform it. It is both wondrous and horrid in the best way. 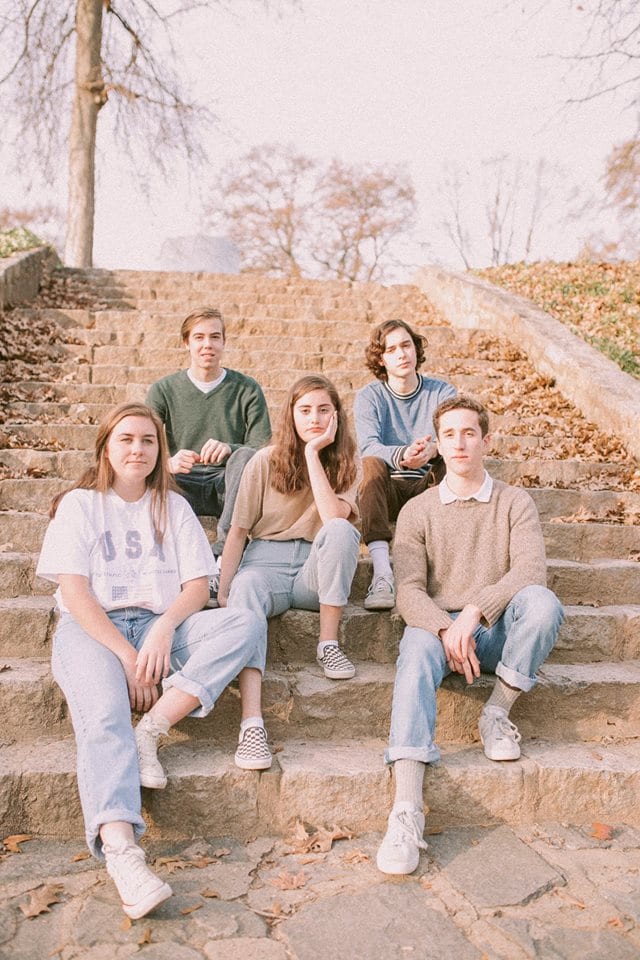 ARTS ATL: If there’s one guitar in the world you could own, what would it be?

Repasky: Probably a red Fender Mustang or a Danelectro Dead-On ‘67. Heavily inspired by Molly Rankin of Alvvays and Carlotta Cosials of Hinds. They rip.

Geeslin: I would love to have any kind of Rickenbacker or a Dobro Resonator. Those things rip.

ARTS ATL: Who are your guitar heroes?

Repasky: Molly Rankin. I know I mentioned her above, but she is a guitarist and artist that I look up to and am inspired by every time I hear her music. She’s a badass and an incredible female icon. Nathan Stocker of Hippo Campus has an inconceivable talent and style that is so unique and almost unbelievable until you see them live. Their riffs never cease to be captivating and original. And finally, the king himself: Ross Lynch.

Geeslin: I would narrow it down to Courtney Barnett, Peter Buck of R.E.M., Archy Marshall and Kurt Vile. They’ve all got their own style that is almost palpable when you listen to their music. They don’t really play by the rules, yet you can feel the way they play. I also love Ross Lynch, but more for the artistry that he exudes with his very existence. Let us all thank Ross Lynch on this beautiful day and hope the sun rises tomorrow so we can breathe the same air as him.

Repasky: Ross, if you’re seeing this, please take us on tour. Endless thanks.