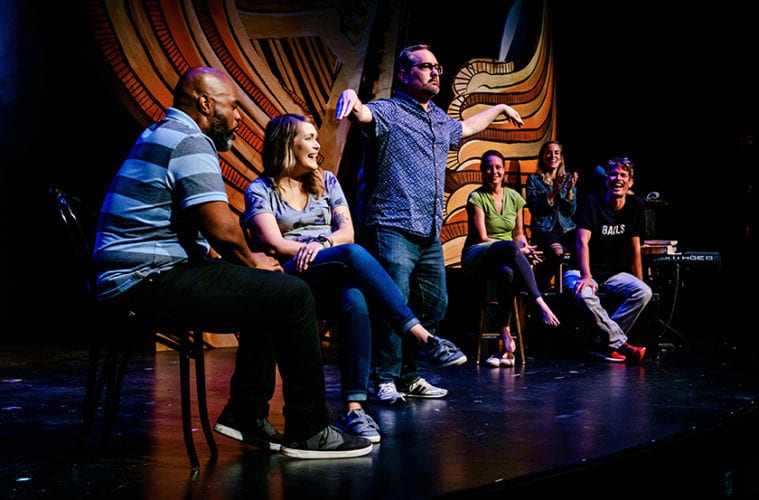 (Almost) Everywhere to see comedy in Atlanta during the week

“If you want to do improv, there’s no excuse not to do it in Atlanta,” says Anthony Goolsby, an actor, improviser and stand-up comedian here in the city. Given the sheer amount of theater companies in town specializing in improv — a form of theater where scenes are created on the spot by performers — it’s easy to see what he’s saying. While some places, such as Dad’s Garage and Whole World Improv, have been around since the late ’90s, opportunities are constantly being created and expanded upon.

Atlanta is quickly becoming one of the premier comedy cities in the country — and not just for improv. There is an open mic somewhere in the city every night of the week, populated by hungry and talented new comedians, and established names are making sure to mark Atlanta as a tour destination.

“The comedy community in Atlanta is innovative and ever-growing,” says Katie Causey, a comic who helped spearhead Aurora Comedy Nights and who also performs as an actor and improviser in town.

A direct result of this growth has been the increase in diversity within the comedy community. While no stranger to housing an ensemble that reflects its city in terms of race and gender, Dad’s Garage is now the official home of Mark Kendall’s Darker Side of the Room, an African American improv ensemble poking fun at classic movies by imagining the deleted scenes of the black characters that weren’t seen in theaters. Over at Village Theatre, Crazy, Sexy, Cool (also created by Kendall) pits three improv teams of various walks of life, as well as a compendium of other Atlanta talent, into a single comedic event. 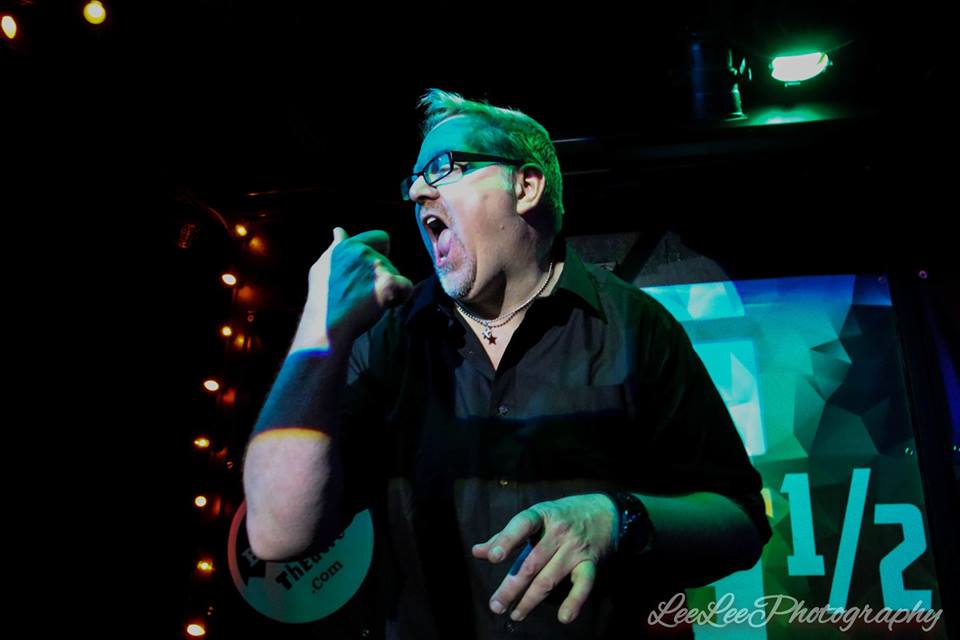 (Photo courtesy of The Basement Theatre)

ARTS ATL has compiled a list of some of the best sites for improv and comedy around the city — whether you hope to be a spectator, a one-time volunteer or get up onstage yourself on a regular basis. This list is only a partial one — there’s so much going on in the Atlanta comedy scene, we encourage you to take a look and see what else you find!

Monday Night Comedy, Star Bar, 8:30 p.m. Rotknee and friends host a compendium of the best in underground comedy at the Star Bar in Midtown. Tickets: Free

Improv at Relapse, Relapse Theatre, 8 p.m. Join the improvisers at Relapse for some “raw, down & dirty improv comedy!” Tickets: $7 online, $10 at the door

Richard Kickers, Relapse Theatre, 9:30 p.m. It’s back! One of Relapse’s flagship shows incorporates both long- and short-form improv, by performers of all experience levels, to create a world of madness. Think “open mic” but for improv comedy instead of stand-up. Tickets: $5

Open Mic, Laughing Skull Lounge, 8 p.m. A combination of local and touring comedians come to work on their craft: air-test new jokes, expand on established ones and shine (or bomb) with relative impunity. A fun, supportive place to hear, or try, new material. Also takes place on Mondays and Tuesdays. Tickets: $10

Open Mic Night, Uptown Comedy Corner, 8 p.m. Uptown’s main open mic night is open to anyone who hopes to sign up. Guests will see a combination of new faces and established names. Don’t miss the chance to see them before they’re famous!

Megavolt, Highwire, 8:30 p.m. and 9:30 p.m. A rotation of supercharged improv ensembles from around the Atlanta area take the Highwire stage for a full night of long-form improv. Two teams perform 20 to 25 minutes based on audience member suggestions. Tickets: $5 online, $8 at the door

Crazy, Sexy, Cool, Village Theatre, 10 p.m. Created by Mark Kendall, three teams of some of Atlanta’s best improvisers team up with local talent from all fields, from puppeteers to stand-up comedians to opera singers to anyone else who entertains, to play off of each other and the audience. Tickets: $10

Improvised Dungeons and Dragons, Dad’s Garage, 8 p.m. From now through April 19, experienced Dad’s Garage improvisers are led by a Dungeon Master through a long-form improvised play based on the iconic tabletop game. Tickets: $16.50 online, $18.50 at the door

Family Fun Improv, The Basement Theatre, 8 p.m. A series of short-form games — safe for kids but fun for all ages! Games include A-to-Z alphabetical scenes, scenes based on movie quotes or scenes in gibberish. Tickets: $10 students, $15 general admission

Underwear Comedy Party, Village Theatre/1Up Comedy, 11 p.m. This is exactly what it sounds like — a set by a local comedian, performed in whatever it is they happen to be wearing under their clothes at the time. Comedians can say, do and wear everything (except pants). Tickets: $10 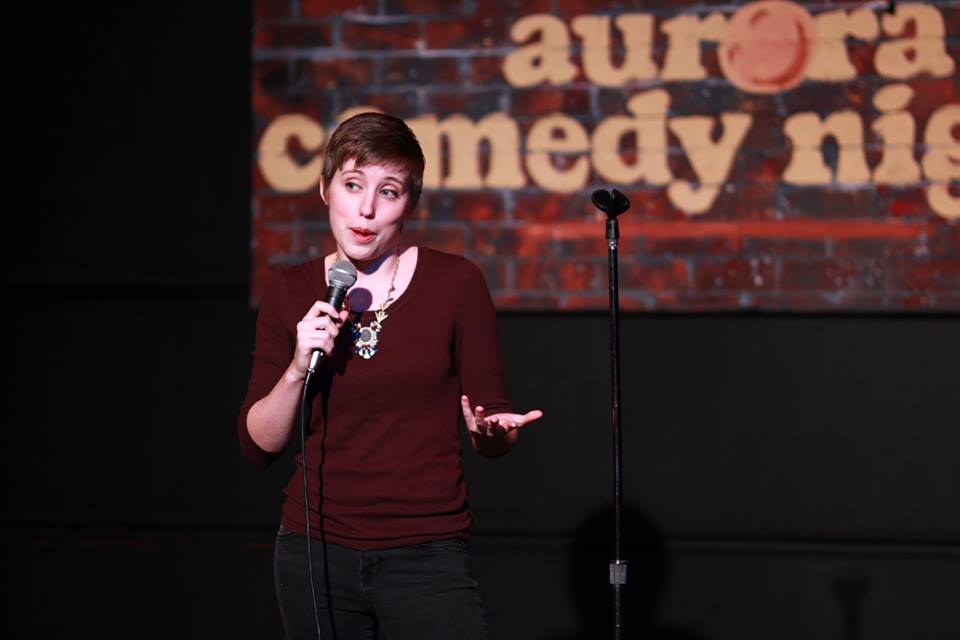 Jokin’ Off, Laughing Skull Lounge, 5 p.m. Beginning in April, Greg Behrens hosts a rapid-fire, single-elimination tournament. Eight comedians will go head-to-head, throwing one-liners until there is only one left standing — a Hunger Games of comedy, if you will. Tickets: $15

Aurora Comedy Nights, Aurora Theatre, 7:15 p.m. and 9:15 p.m. Once a month, host Katie Causey brings critically acclaimed comics to the suburbs for a night of stand-up. The show features two openers and a headliner in an intimate setting, complete with a full bar. Tickets: $10+

S***-Faced Shakespeare, Village Theatre, 7:30 p.m. Every night, a team of actors work to bring Romeo and Juliet to light, with the “help” of one genuinely drunk professional actor. Sober company members try their best to perform the Bard’s famous tragedy while going along with whatever the drunk actor brings to the table. Tickets: $18

Open Improv Jam, Whole World Improv, 6 p.m. Whole World Improv hosts a free improv show for improvisers of all experience levels to connect and have fun with long-form, short-form and advanced improv games. A good time whether you’re interested in playing yourself or simply being a spectator. Tickets: Free

(Of note: While audience participation is welcome at most of these events, all of our sources unanimously emphasized that participation is entirely voluntary; nobody will be forced onstage against their will.)