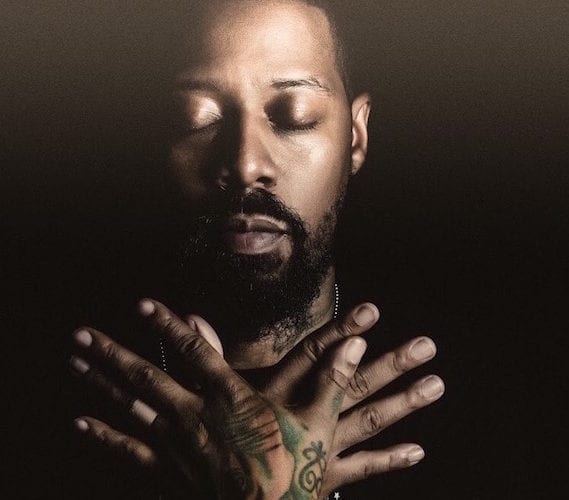 "The no. 1 thing is launching careers . . . Peters Street Station arts center is the place you can get your start," says Miya Bailey.

City of Ink is both an art gallery and a tattoo studio in downtown’s Castleberry Hill district; the new Peters Street Station arts center is on the same block. A free, month-long art show titled Inspire Your City will fill both and likely spill outside, says Bailey, who’s in his mid-40s. Expect 150 local artists, 12 DJs, food vendors and a vibe that is bigger than an annual arts celebration. To get the details and the backstory, we talked to the versatile creator/entrepreneur about his work, the anniversary art show and his hopes for the Peters Street Station arts center.

ARTS ATL: You grew up in Asheville, North Carolina. How did your experiences there influence your path into art and the themes you explore?

Miya Bailey: Asheville is an arts city. My mom raised me in the arts. I went to an after-school art program in Asheville called the Delta House, and everything I learned in the program I use today and have made a living out of it. It was a big inspiration to me artistically, not to mention being around other creative people in our city. When I got to Atlanta, it felt like it was the right thing to do, to continue what I learned at Delta House.

ARTS ATL: What brought you to Atlanta? What led you to start City of Ink?

Bailey: I moved from Asheville because the only opportunities were in the streets, so I got into a lot of trouble, and it was time for me to go so I would not die. I wanted to live and be a provider for my family. When we opened City of Ink, I teamed up with a group of other artists. We found a neighborhood that was kind of — there was nothing there. We needed a place where we could just hang out and create our artwork without being disturbed. A lot of our friends were going through financial problems, a few of them were homeless, a few of them just needed a job, and it was just a good way to help out everybody at the same time. ARTS ATL: This year’s show marks a huge moment — the opening of the Peters Street Station arts center and programs. What does that mean to you?

Bailey: The no. 1 thing is launching careers because we as artists, as a collective of artists of different mediums, come together with one common goal — to create opportunities for people who need it. Peters Street Station arts center is the place you can get your start. You can learn business. Learn how to market yourself. Learn everything else. I am building a place where artists can be social, build the skills that they lack and get out of their studios, because if you keep working in your studio by yourself every day, you only get inspired by your own stuff and your own thoughts. Sometimes you need the energy, inspiration and advice from your peers.

We have full creative control to do what we need to do with this place and to bring something positive to our neighborhood. And we try to fight gentrification because culture and art is getting removed from the cities.

ARTS ATL: Atlanta is among the top 100 U.S. cities for its number of single-parent households (54.6%). How does your creative philosophy impact this reality?

Bailey: I came from the same environment, so I understand their needs. My mother was a single mother. She did the best she knew how to do with the resources she had and kept art in my face constantly as “this is your way out.” Everything she taught me I am going to pass through to somebody else because if it worked for me, I am sure it can work for other people. I don’t think I am a genius or anything. I think I am using my personal experiences and sharing it with my community. Peters Street Station is just a little place they can go after school, [where] they can learn the skills of art and entrepreneurship.

ARTS ATL: Would you please describe Peters Street Station and talk about what stood out when you were deciding where to open the arts center?

Bailey: The arts center had been an idea for a long time, but the building actually came to me. I wasn’t looking for it, because I couldn’t afford it at the time. I believe in the law of attraction, and out of nowhere I got a call from Anthony Harper, one of the founders of the Goat Farm. He said he had this building. It was the building right next to City of Ink. Like it was meant to be. Nobody had been in the building or run a business in it since 1984. Nobody wanted it.

When I got it, I wanted to keep as much of the historical aspect of it as I could. So I exposed much of the brick and installed the same sorts of natural materials used in the building’s past. I wanted people to see the history as soon as they walked into it. It’s a special building. People put a lot of love in it. It feels like a temple.