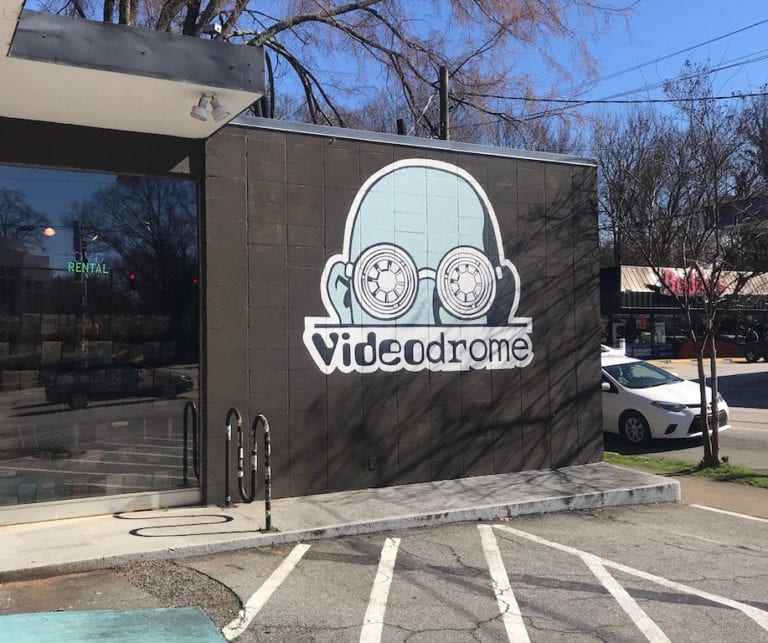 Videodrome, Atlanta's only DVD and Blu-ray rental store, has been supplying the city with cult, indie and the latest feature films for over 20 years. (Photo by Beth Ward)

The 91st Academy Awards will air on February 24, and people are buzzing about what’s going to take home the night’s big prize. Will it be Black Panther, a superhero film that’s grossed over $700 million domestically — more than all the other films in the category combined? Possibly Roma, a foreign-language film distributed on Netflix? Maybe Bohemian Rhapsody, an operatic celebration of the life and legacy of a rock ‘n’ roll icon?

We don’t know, but there’s sure to be plenty of debate about the winner for months, maybe years, to come.

In advance of the Sunday broadcast, ARTS ATL decided to ask Atlanta’s favorite film buffs — the fine folks at Videodrome — to offer up their own Best Picture picks from telecasts past.

What Should Have Won: The Thin Red Line

Maybe the jurors had trouble picking between war films (Saving Private Ryan was also nominated); perhaps the voting was rigged by Harvey Weinstein. Either way, there’s no question in my mind that Terrance Malick’s philosophical anti-war film, The Thin Red Line, was the standout film of 1998. Even today, The Thin Red Line stands up to multiple viewings, its beauty and message just as potent two decades later. –Matthew Booth

What Should Have Won: Amour

Argo is the worst example of what Hollywood considers “Based on a True Story.” As such, it’s party to rampant historical revisionism, white washing and the exclusion of key international players — all in service of a mostly invented piece of American propaganda. Michael Haneke’s rich and emotionally devastating Amour would’ve trounced it in any other arena. –Scott Irvine

1950 Best Picture Winner: All About Eve

What Should Have Won: Tough call, but I’ll go with In a Lonely Place

1950 was full of heavy hitters that weren’t even nominated for Best Picture, including The Third Man, The Asphalt Jungle and Winchester ’73. Sunset Boulevard was also in the mix, but it did receive a Best Picture nomination. So it’s not that All About Eve isn’t a fine film in and of itself. It’s that any of the others also deserved the win. In a Lonely Place, however, received zero nominations in any category. Considering how the film is still received now, I think that’s a pretty huge oversight. –Tommy Morgan

What Should Have Won: The 400 Blows

1959 was a year of old Hollywood triumph at the Oscars. Films that would define that era, like The 400 Blows, Some Like It Hot, North by Northwest and Wild Strawberries, all missed out on nominations for the big prize and were categorically snubbed in all major fields, as the titanic Ben-Hur swept the ceremony with 11 wins. –Addison Wood

Best Picture 1939: Gone With the Wind

What Should Have Won: Of Mice and Men

Gone with the Wind won 10 Oscars in 1939, including Best Picture. Even putting aside the film’s characterizations of race and “lost cause” mythologizing, the movie is a mess that feels like it will never end. That the film went through several directors is palpable, and what we’re left with is uneven acting, offensive stereotypes (yes, even for its time) and a sweeping caricature of an important chapter in American history. A far more honest — and artful — adaptation of a classic historical novel lost out to Gone with the Wind that year: Of Mice and Men. Lewis Milestone’s take on Steinbeck’s Great Depression tragedy remains the best put to film, and Lon Chaney Jr.’s performance as Lennie will break your heart, even now. I suppose it shouldn’t be surprising that the Academy chose a glossy glorification of our distant past and rejected a nuanced critique of then-present times. –John Robinson