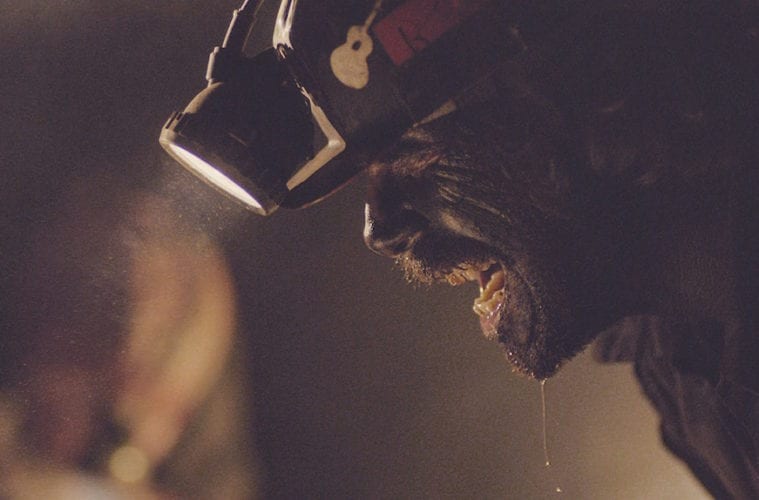 Mine 9, a Georgia-made thriller about nine Appalachian miners who get trapped underground after a methane explosion, shows at the Plaza Theatre beginning April 19. (Photos courtesy of Eddie Mensore)

In the independent feature film Mine 9, nine Appalachian coal miners face a worst-case-scenario situation on the job: getting trapped underground with only one hour of oxygen.

The film is set in rural West Virginia, where the local mine employs the majority of folks in town. It isn’t long into the story before the miners, and the audience, take the two-mile plunge deep underground, where all hell proceeds to break loose.

ARTS ATL recently sat down with Mine 9 filmmaker Eddie Mensore and associate producer Gabe Pippas to chat about mine sets, crawling camera shots and the nuts and bolts of making this unique Georgia production.

Claustrophobes be warned: This thriller, showing at the Plaza Theatre beginning April 19, is nothing if not realistic.

ARTS ATL: Where did the idea for this film come from?

Eddie Mensore: I grew up in West Virginia and just wanted to tell a very claustrophobic thriller. I knew coal mining, and, to me, nobody has ever made that movie from their point of view, being trapped in a realistic setting.

ARTS ATL: Had you ever gone down into a mine before, prior to shooting the film?

Mensore: [gesturing to Gabe] He has more than me. I went into a five-foot mine before, and that was the extent of me going into a mine. I’m quite claustrophobic.

Gabe Pippas: We’ve made it about 50 yards into that mine. I posted a photo of Eddie and I on this thing called a mine cart. They’re basically hyped-up golf carts that are made out of steel, and you lay down on your back and look down at your toes. [Eddie’s] super claustrophobic and wasn’t going to go down into the mine at all but decided he was going to try it. We went two miles deep. It took 45 minutes for us to get to the place we were shooting, laying down on a golf cart. You have about six inches between your nose and the ceiling. 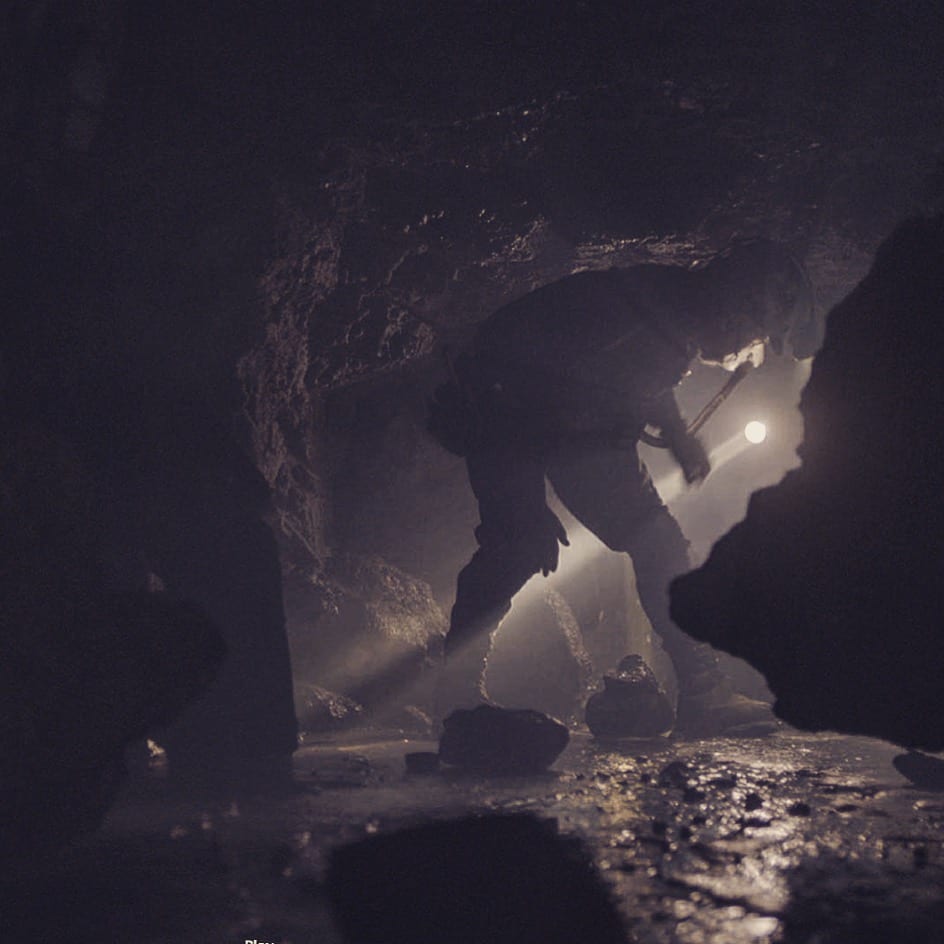 Mine 9 filmmaker Eddie Mensore and associate producer Gabe Pippas wanted their actors to go underground themselves so they could better experience what the movie is about.

ARTS ATL: How challenging was it to have to shoot a film down in a mine?

Pippas: It was super challenging. We only ended up taking four people down there to do the actual shooting, but we had to go down there to shoot the equipment. Where else would we be able to find the equipment and have it there? The grinders and the cutters are all being used. They just don’t exist outside of coal mining.

Mensore: We observed real coal miners and then dressed our actors up so we could recreate them on the set. You see a mixture of real coal mining and set, and that’s the gimmick.

Pippas: A lot of those shots are of actual coal mines during coal mining. It is scary as hell. It’s intense.

ARTS ATL: And how long did it take you to find the actual coal mine you used?

Mensore: Well, I was always going to shoot in a coal mine expo. They’re like coal mines that shut down and then they make them safe enough to give tours. That was gonna be our best option, and then at the eleventh hour, a proper coal mine opened up. Active mines still exist everywhere. It’s just difficult to find one to allow you to go and film there.

ARTS ATL: Can you talk a bit about what it was like to build the sets?

Pippas: It was a lot of carpentry work. Tim Barrett was the production designer, and he’s awesome. He’s stationed off Krog Street, and his whole team is local. Tim actually came down into the mine with us, and we took tons of photos of tire treads on the ground, moss on the ceiling, fans, equipment, rust and algae so we could recreate that on set.

Mensore: Yeah, we worked off and on for about 11 months. 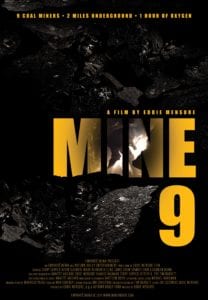 ARTS ATL: And how long did proper shooting take?

Mensore: Proper filming was 15 days. We made a low-budget project look like a $2–5-million-dollar film. You have to build for 11 months and shoot for 15 days to pull that off. You have to make sure your images are right. We didn’t have the star power to sell it, so we had to make sure our images were correct.

ARTS ATL: How did the actors feel about being in the mine?

Pippas: They all went in the mines; all the actors went. Just before we started principal, they had to go underground so they could feel what the movie’s actually about.

Pippas: Yeah, it’s not a joke. These people really live these crazy lives.

ARTS ATL: What was the biggest challenge you faced during filming?

Pippas: Timing was really hard. We had a lot of stuff to shoot, and we had 15 days. There were lots of little things. Let’s say we thought something would work, like where a dust effect didn’t show up on camera, and we had to rethink it. So it was a lot of workarounds.

Mensore: I mean, if we say “cut” and the scene is over there, you have to crawl.

Pippas: An overall problem we had to deal with was shooting on a set that was 48 inches tall. The actors were crawling the whole time. There were areas where we could lift the roof up, but it was take after take of the guys on their knees crawling to their marks.

ARTS ATL: And what made Georgia the place you decided to make a film about mining?

Mensore: I was in L.A. for the past 14 years, and I was in deals with this project, and it kept falling apart for one reason or the other. I just got tired of it. You know, I had a two-month-old at the time. So I decided I was just gonna go to a tax-credited state and make this movie. I also went to undergrad at SCAD in Savannah, so there was family on the East coast.

ARTS ATL: Talk a bit about the way the setting of the mine informed the film.

Mensore: The coal mine was the antagonist. You never meet the coal mine owner or a stereotypical bad guy. It’s just these guys that are trapped, so it’s them versus Mother Nature. The setting is a massive piece.

ARTS ATL: And where will this film release?

Mensore: April 19 in Atlanta. April 12 we open 25 screens across 6–7 states, and then we expand further. We’re going to expand for the next few months and end up in New York and LA.

Pippas: Everywhere that we’re taking this to, there is a mining town where we have a reason to show this film.