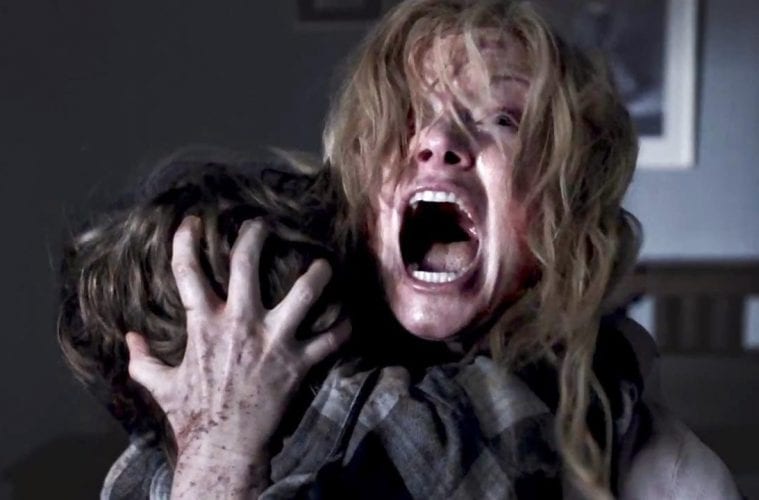 Review: “The Babadook” is a low-budget Christmas surprise: a horror film that actually frightens 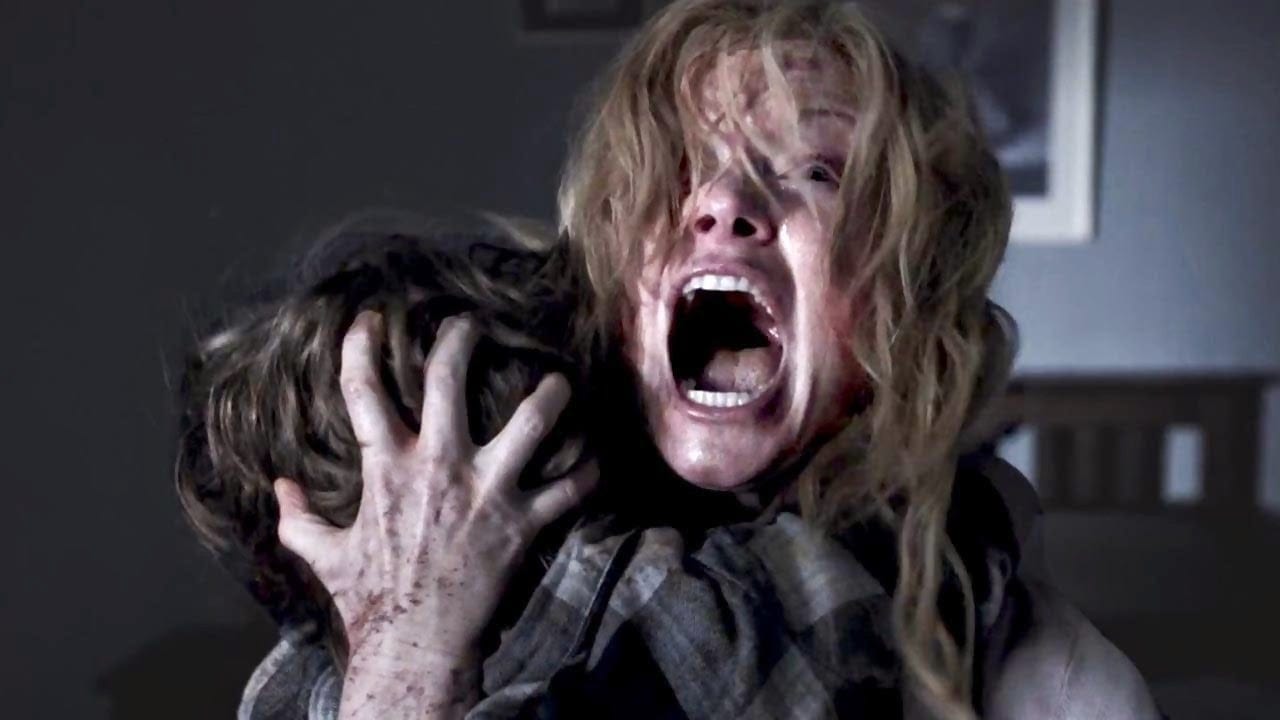 Is The Babadook a children’s book, a supernatural monster or a mental disorder? Well, why can’t it be all three? One thing is for certain. Australian writer-director Jennifer Kent’s debut feature is simple yet complex, scary and ultimately — surprisingly — very moving.

Essie Davis, whose white-pink face is like a bruised rose petal, plays Amelia, a health-care worker and struggling single mom. Her first-grade son Samuel (Noah Wiseman) is adorable. He’s also a neurotic handful. Every night, he insists on checking closets and under his bed for any lurking monsters. He’s sure they’re coming. That’s why he’s built a series of handmade weapons and booby traps to protect his mom.

Unfortunately, his gadgets tend to destroy objects and windows around the house. Or wound his classmates. Oh, he’s an amateur magician, too. He’s exhausting Amelia, who hasn’t really recovered from the death of her husband on the very day Samuel was born.

That’s the situation even before Samuel discovers a bedtime storybook neither he nor his mum has ever previously seen on the bedroom shelf: a pop-up book titled Mister Babadook. Imagine if the late illustrator Edward Gorey (The Gashlycrumb Tinies) wanted to threaten rather than amuse his readers, and you’d get an idea of it. Unfortunately, the tale of a sharp-toothed, top hat–wearing fiend is just the sort of thing that plays into Samuel’s bedtime fears.

Oh, and one other thing? It may be that, by reading it aloud, Amelia has summoned up a real monster — under the bed, in the basement, in her head or all of the above.

The Babadook earns comparisons to early Roman Polanski: Rosemary’s Baby but especially Repulsion, the director’s 1965 immersion in psychological meltdown. Though shot in color, The Babadook comes close to the latter film’s black-and-white palette. Amelia and Samuel’s house is slathered in gloomy gray paint, an art-direction decision that, for me, slightly overdetermines and artificializes the movie. (A minor miscalculation.)

Working with a small budget, Kent develops a thick texture of isolation, paranoia, cabin fever and a sense of disorientation that begins with the film’s opening scene: a masterful, abstract representation of the auto accident that took the life of Amelia’s husband. If I’m being vague about what happens through the course of the movie, that’s because the particulars are secondary to the ever-tightening dread.

Whether Mr. Babadook is a real fiend or an emotional metaphor doesn’t matter once Amelia and Samuel’s home and relationship start to fall apart. A child’s trust in his parents is such a profound thing, seeing it verge on being betrayed summons up big primal emotions. What if a “tiger mother” is really just a tiger? (Yes, there’s more than a dab of The Shining at work here.)

The film uses familiar horror movie tropes and effects, but with psychological keenness and great impact. Kent borrows shrewdly. She samples a scene from Mario Bava’s section of the omnibus 1963 horror film Black Sabbath for extra shivers, and her movie’s climax draws variations from those of both Home Alone and A Nightmare on Elm Street.

I don’t want to oversell The Babadook. But it’s an example of how much a savvy filmmaker can accomplish with limited means. It helps that Kent has good actors, young and older. Essie Davis’ Amelia is someone you feel sorry for, then want to shake, then want to run from. Child actor Wiseman is also strong, in that you understand why he can be both the light of a parent’s heart, and its daily eclipse.

Though it’s not an American custom, the movie, being released here now, is in the fine British tradition of people wanting to be scared half to death during the Christmas season. I’d like to assure you that it ends cheerfully . . . but that would be telling.

The Babadook. With Essie Davis, Noah Wiseman. Written and directed by Jennifer Kent. Unrated. 93 minutes. At the Plaza Theatre.