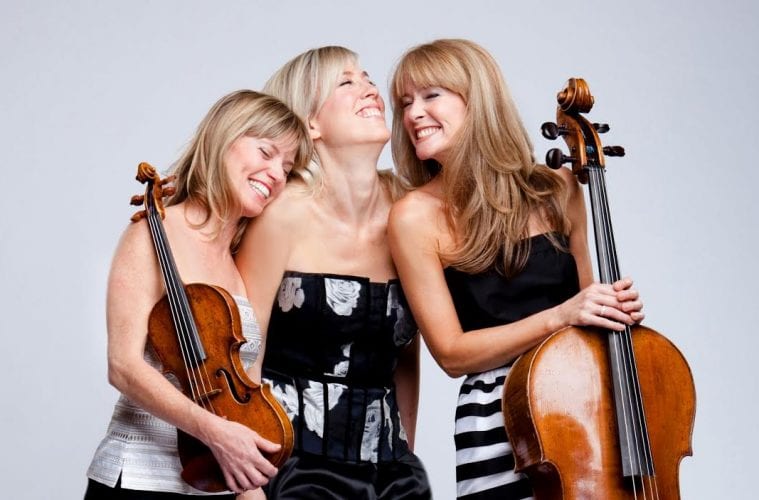 With the advent of summer comes a spree of classical music festivals across the U.S., and Atlantans have good access to a long-standing one that is not an unreasonably distant drive by car but is still far away enough to escape the big city’s sweltering mid-year temperatures, humidity and general urban discomforts: the Highlands-Cashiers Chamber Music Festival. Located in the mountainous region of western North Carolina, not far across the Georgia state line, the festival is celebrating its 36th season this year.

The difference in summer temperatures alone makes Highlands an attractive vacation spot, as well as a longer-term summer getaway for well-to-do Atlantans who established vacation homes there long before the town’s attraction as tourist destination exploded and prices skyrocketed. The longtime social ties between Atlanta and Highlands are close. It’s not surprising, then, that you can spot a number of Atlanta’s arts patrons at the festival’s concerts as well as some of its favorite classical musicians mixed in with other invited musical artists.

In addition, the festival’s regular series of concerts in Highlands are repeated in the less conspicuous village of Cashiers, a mere (if winding) 10 miles to the northeast of Highlands. Promoted as “The Heart of the Blue Ridge,” it is much smaller and quieter than the more bustling, touristy Highlands. Important to know: the name is pronounced locally as if it were spelled “Cashers.”

The festival’s six-week-long series of regular classical concerts are divided between the two of them. Concerts are held on Fridays and Sundays at the unpretentious Highlands Performing Arts Center. Those programs are repeated, respectively, on Saturdays and Mondays at the smaller but likewise comfortable Albert Carlton Library in Cashiers.

The festival’s artistic director, William Ransom, who was named one of Musical America’s “30 Professionals of the Year” for 2016, has once again assembled an attractive lineup of artists for the 2017 edition, which opens its regular concert series this weekend with a classical performance by The Eroica Trio, plus violinist Kate Ransom and violist Yinzi Kong on Friday and Saturday, then a program of “Just Jazz” by Atlanta’s own Gary Motley Trio with saxophonist Will Scruggs on Sunday and Monday. 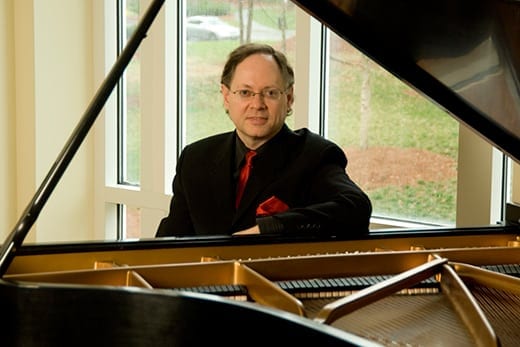 William Ransom will himself perform at the festival in the second week (July 7-10). Violinist Roman Kim will perform in a recital with pianist Elizabeth Pridgen on that Friday and Saturday, then again with Pridgen plus Ransom and pianist Julie Coucheron on Sunday and Monday. For the third week (July 14-17), violinist Philippe Quint, cellist Ani Aznavoorian and pianist Fei-Fei Dong perform as a trio the entire weekend.

The festival’s fourth week (July 21-24) brings violinists William and Alexandra Preucil to the spotlight. Alexandra Preucil, a violinist in the Cleveland Orchestra, will perform with Ransom, cellist Andrew Yee and pianist Julio Elizalde on Friday and Saturday. Her father, William Preucil, who is concertmaster of the Cleveland Orchestra and a former concertmaster of the Atlanta Symphony Orchestra, will join the musical merriment on Sunday and Monday, in a Czech-themed program that features both Preucils as violinists, violists Yinzi Kong and Aloysia Friedmann, along with cellist Andrew Yee.

The Ariel String Quartet is front and center for the fifth week (July 28-31) with clarinetist Laura Ardan and cellist Benjamin Karp joining them for the concerts on Sunday and Monday.

Throughout the same weeks, the festival also hosts a handful of special free concerts, among them an afternoon family concert and ice cream social on July 11 entitled “Musical Animals,” featuring WABE-FM radio personality Lois Reitzes as narrator, with Ransom, violinist Roman Kim and pianist Julie Coucheron, at Highlands Presbyterian Church. The program includes “Ferdinand the Bull” and “Carnival of the Animals.” The following afternoon at the same venue, tenor Bradley Howard will perform a recital of vocal music by Schumann and Puccini.

On July 26, The Bascom, a gallery and arts center in Highlands, will host a pop-up exhibit by master Ukrainian photo artist Elena Vizerskaya. with music provided by the Vega Quartet. Two informal coffeehouse performances will also take place. Thursday, July 20, violinist Alexandra Preucil, violist Yinzi Kong and cellist Andrew Yee will perform music by Bach at the Highland location of Buck’s Coffee Café. Then a week later, on July 27, the Ariel String Quartet will perform at the Buck’s location in Cashiers. All five of these less formal festival events have free admission. Additional events can be found at the festival’s website.