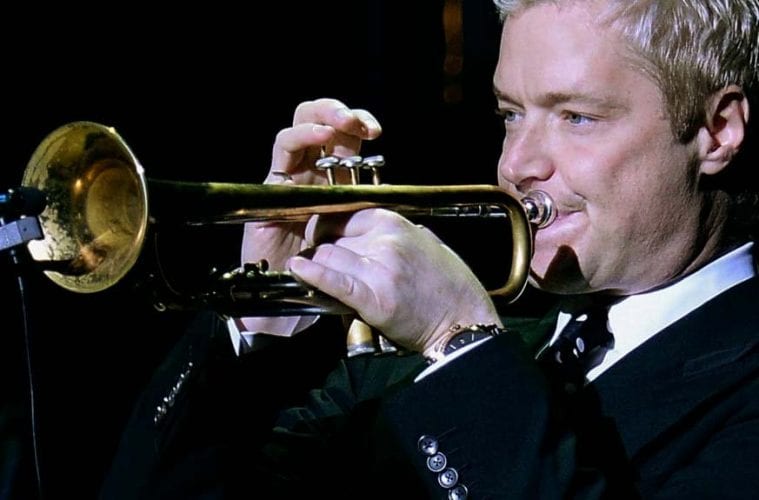 In 2008, jazz trumpeter Chris Botti produced and recorded his Grammy-nominated concert recording, Chris Botti in Boston with the Boston Pops Orchestra. The formula was foolproof, featuring duets with cellist Yo-Yo Ma, violinist Lucia Micarelli and such pop icons as Sting, John Mayer and Steven Tyler. Known as a marathon performer who takes the stage some 280 days a year, Botti and his electric band have recently launched a new tour and will see concert venues in Warsaw and Westhampton Beach, San Francisco and Seattle among countless other cities this year.

Botti arrived at Atlanta’s Symphony Hall on Friday night in an attempt to recreate the alchemy he had found years ago in Boston, yet with a different ensemble of guest artists accompanied by the Atlanta Symphony Orchestra under the direction of conductor Albert-George Schram.

Playing on a 1939 Martin Committee Handcraft Large Bore, Botti opened with Ennio Morricone’s theme “Gabriel’s Oboe” from The Mission in duet with violinist Caroline Campbell. Blonde and statuesque, Campbell is not only the first violinist in the Los Angeles-based Sonus Quartet, but is also a favorite collaborator for such illustrious artists as Andrea Bocelli and Barbra Streisand.

Appearing several times throughout the concert, Campbell’s playing is broad and at times fierce; she has impeccable intonation and executed string crossings and double stops with flair, prancing around the stage while playing Led Zeppelin’s “Kashmir.”

Simultaneously regal and suggestive, Botti’s sound is what draws crowds. His clarity of tone is undeniable, but it’s not a burnished laser beam of sound he’s after. To the listener, it’s a luxurious blanket of sound that conjures a hint of nostalgia. Botti’s rendition of Joaquin Rodrigo’s “En Aranjuez Con Tu Amor” with Campbell and Brazilian guitarist Leonardo Amuedo summoned the audience’s attention and set the tone for a seamless, yet overly amplified first half that included Botti’s signature piece, “When I Fall In Love.”

He followed this with “For All We Know”and ”The Very Thought Of You,” sung by the effervescent R&B singer Sy Smith. Smith infused the night with her soulful brand of belting, delighting us as she easily popped up to whistle register. Later she and Botti jammed 18th-century style: singer vs. trumpet, trying to outdo each other in virtuosity and range.

A choppy, but somewhat exciting second half that featured drummer Lee Pearson in several exhaustive, polyrhythmic solo moments came to a close with a first-rate repertoire choice. The lights dimmed and only Botti and his pianist Geoffrey Keezer remained on stage to play “My Funny Valentine,” and we were at last able to imagine ourselves at the Blue Note Jazz Club rather than within a vast concert hall.

It was an intimate version owned completely by Botti, the framework of the melody there, but enhanced with alternate notes and embellishments alongside a wandering piano line. It was alchemy itself, a mysterious transformation of mood that only an artist like Botti can summon.