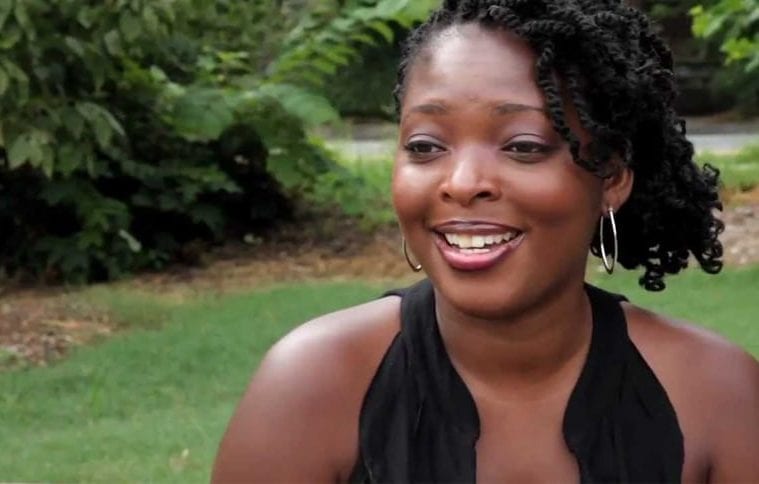 Denene Millner, the doting mother of two daughters, was weary of the selection of books marketed to parents of African-American children.

“They all had the same somber themes,” she says. “Slavery, civil rights, basketball stars, jazz musicians. People escaping bondage and fighting for their rights. There is nothing wrong with that, but I wanted to tuck my girls in at night with sweet thoughts and lighthearted dreams.”

Publishers rejected her pitches, so the Atlanta author rolled up her sleeves and launched Denene Millner Books, handled through Agate Publishing via its Bolden Books. “I curate the stories, and this indie publisher does the marketing and distribution,” she says. “I’ll be featuring stories that center on Black children’s humanity – their everyday lives.”

Millner has written and collaborated on 27 critically acclaimed and bestselling books, including a series of young adult fiction. Under this new imprint, she published her first two books this spring: My Brown Baby: On the Joys and Challenges of Raising African American Children and Early Sunday Morning. The former is a collection of her blog posts – each an affecting mini-essay – culled from her award-winning website MyBrownBaby.com. “It started as a whim in 2008 when Sarah Palin’s daughter was in the news for getting pregnant,” Millner says. “I couldn’t help musing on what the reaction would be if she were a Black girl.”

The post proved cathartic, so she began cranking out more, which sparked lively, heartfelt conversations about flashpoint social issues as well as deeply personal topics such as her own adoption. “Since Trayvon, my tagline has been #BlackMomsMatter,” she says. Her site quickly became a go-to destination — equal parts venting and advising and affirming — for parents who are bringing up African-American children. It since has amassed more than 2,000 posts.

“What a treat to step back and look at the collection because it charts my journey as a mother,” says Millner, who also spent a decade writing for Parenting magazine. “The blog also charts the evolution of my daughters. We get so bogged down in details as parents that we often don’t take the time to appreciate the growth, the way our children can move with such intention through the world. It’s challenging to bring up two girls to be strong Black women at that intersection of racism and sexism.”

Predictably, she takes some heat from white mothers who feel excluded. Millner sighs.

“My site goes out of its way to be inclusive,” she says. “People can disagree on politics or pop culture, but what I can’t stand is the pushback I get for talking about things from the perspective of color, as if that is an affront to the sensibilities of white people. Yes, we are all humans. Our babies get their teeth and crawl and go to school at the same time. But color affects the way that all of that is done. Why that’s a problem, I’ll never know.”

An example that springs to mind: “Once I wrote about what it takes to groom and style a little Black girl’s hair. Wild guess, but I’m going to go on ahead and assume that styling coarse, curly hair is not something most white moms with white children think about. I write about African Americans not to point fingers at white moms, but to help Black ones through the beautiful struggle that comes with being Black parents in America.”

Early Sunday Morning, a cheerful book for young readers, is vibrantly illustrated by Vanessa Brantley-Newton. It is based on Millner’s childhood experience of singing a solo in church. “I wanted to capture the nervousness leading up to the moment,” she says, “along with all of the love, that lifting up that makes you square your shoulders and do your best.”

“Crown is a celebration of the beauty of little Black boys,” Millner says, “how they feel when they get a haircut with such precision that it boosts their self-esteem. Girls will talk with them, and they’ll make As at school. They come from a place where they are tended to and treated like a prince in a barbershop chair. The publishing industry has decided that Black boys don’t read. Well, of course they don’t if there’s nothing for them to read. Now there will be.”