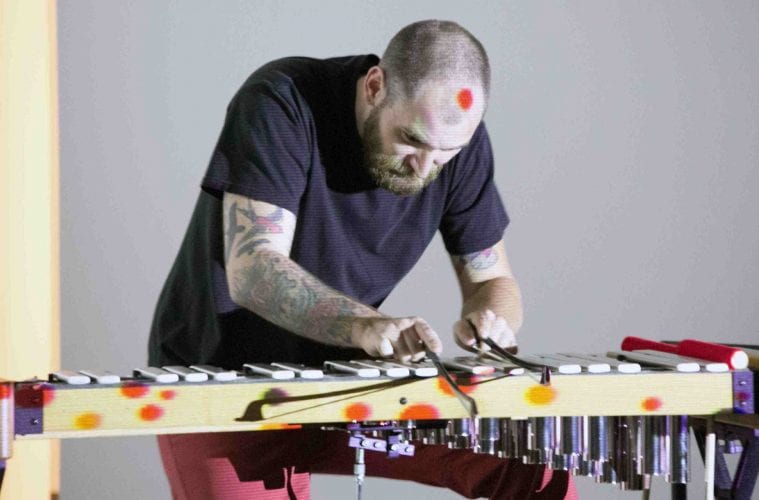 Preview: What is a Glockenspiel? Trevor Saint joins Chamber Cartel to explore its outer limits 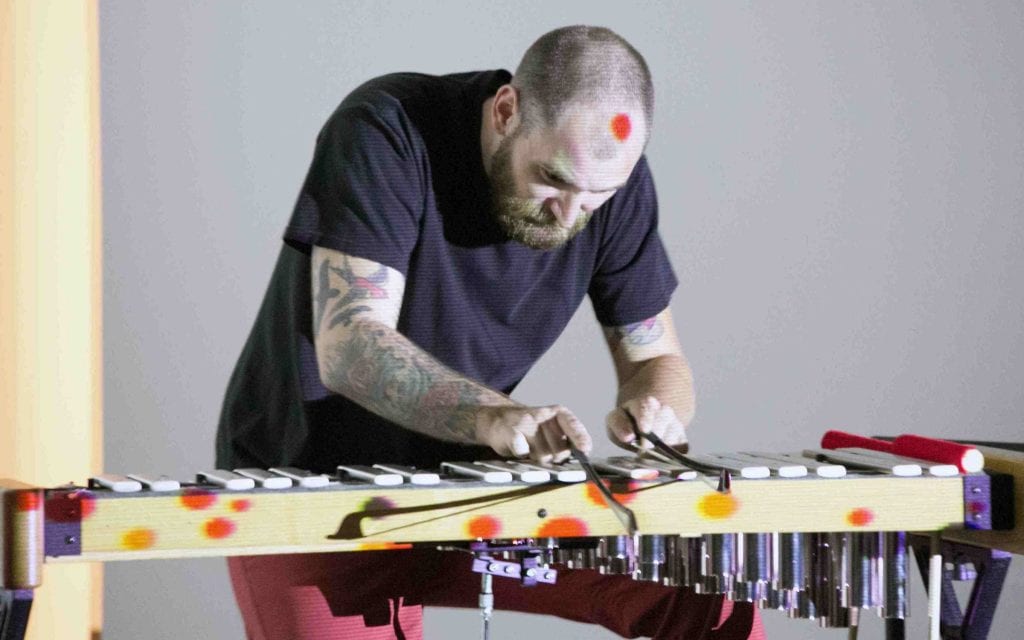 Trevor Saint pushes the boundaries of the glockenspiel. (Photo by Paul Mitchell)

Atlanta-based contemporary music ensemble Chamber Cartel will launch its fifth season Saturday with a concert at Eyedrum Art and Music Gallery entitled Swarms of Light in Metal. The concert will feature percussionist Trevor Saint as guest artist. This shared-stage performance will be the first stop in Saint’s seven-concert tour where he will perform solo works written for extended-range glockenspiel.

The name “glockenspiel” is simply German for “set of bells,” but these days it typically refers to the set of small metal-bar bells used in the percussion section of a symphony orchestra or symphonic wind ensemble. It can also occasionally be heard in popular genres, from rock to hip-hop to jazz. Solo works for the standard two-and-a-half octave instrument are rare. Solos for a three-and-a-half octave extended-range glockenspiel even more so. It appears the latter exist at all due to Saint’s pioneering efforts to have solo works composed for it.

“I am intrigued by the glockenspiel because of its sound, possibilities and smallness,” says Saint. “My exposure to the glockenspiel started in 2007 with the music of Stuart Saunders Smith, who has written hours of delicately complex music for the instrument.”

Aside from orchestral excerpts, Saint knew of no music for the instrument prior to 2010. “So I started to ask composers to write pieces for this reimagined instrument,” he says. “Eventually I gave what I believe to be the first concert of solo glockenspiel music in 2010. The concert was a success, so I curated another concert-worth of pieces the following year, and since have played a variety of concerts and pieces.”

Saint says he likes the challenges that composers pose with their original music for the glockenspiel because it takes him out of his comfort zone.

He will bring solo works by six composers on his southeastern tour, playing pieces by three of them in the Eyedrum concert: Christopher Burns, Matt Sargent and Jeff Herriott. That’s where the shared stage will become even more interesting, as Chamber Cartel will perform additional works by these same composers, interleaved between Saint’s solos.

At Eyedrum, Saint will perform the extended-range glockenspiel solo “Opalescence” (2011) by Burns, then Chamber Cartel will follow with Burns’ “Motion Blur” (2013) for three or more improvisers. In programming Chamber Cartel’s selections, artistic director/percussionist Caleb Herron says he was intrigued by the notion of how composers might create music for an ensemble differently from a solo composition. He says that Burns created “Motion Blur” as structured improvisation, whereas “Opalescence” is straight-up detailed composition.

The program also pairs Sargent’s “More Snow to Fall” with his “crossing/rising” (2010) for percussion, cello and any two sustaining instruments. Herriott’s “Swarms of light in metal” will be paired with his “Dissipation of a thought” (2008) for flute and percussion.

Herron and Saint have known each other since they met a handful of years ago at New England Conservatory’s annual Summer Institute for Contemporary Performance Practice (SICPP, fondly known by attendees as Sick Puppy), where they performed together in a marimba trio. They have since kept in touch, but over those years have occasionally found themselves performing in the same town but just missing each other’s concerts by a matter of days.

This concert, however, was serendipitous in its making. Herron says that Saint had told him about his southeastern tour plans, looking for extra performance dates for his swing through the region. At the same time, Chamber Cartel was planning its new season. The timing just happened to come together for the collaboration at Eyedrum. It will be the first time Herron and Saint have performed on the same stage since meeting at SICPP.