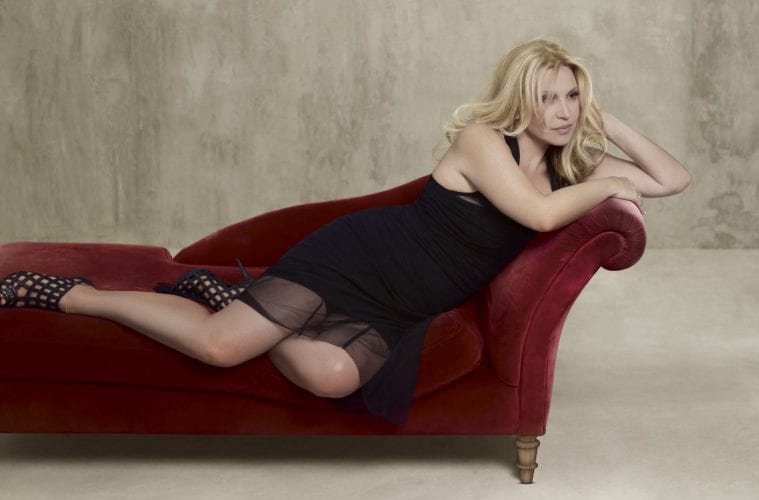 Brazil’s Eliane Elias will be one of the headliners at this year’s Atlanta Jazz Festival.

The line-up for this year’s 39th annual Atlanta Jazz Festival on Memorial Day weekend will feature saxophonist Benny Golson, a legendary musician who has performed with the likes of Benny Goodman, Dizzy Gillespie, Lionel Hampton and Art Blakey.

Camille Russell Love, executive director of the city of Atlanta Mayor’s Office of Cultural Affairs, announced a partial line-up on the festival yesterday. The full line-up will be announced April 5.

Joining Golson will be Grammy Award-winner Eliane Elias and drummer Jamison Ross, who won the Thelonious Monk Institute International Jazz Competition in 2012. And according to the band’s website, the Hypnotic Brass Ensemble will also perform at the festival. “We are excited about this year’s festival,” Love said in a press release. “We’ve got jazz legends, international icons and young innovators.”

Elias is a pianist, singer and songwriter who brings her Brazilian roots into her music. Since her debut in 1984, she has released 25 albums. Elias and Herbie Hancock were nominated for a Grammy in 1995 for their Solos and Duets CD. She received a Grammy last year for Best Latin Jazz Album for Made In Brazil, which she also produced.

Ross — a native of Jacksonville, Florida — charged into the jazz music world last year when his debut album, Jamison, was nominated for a Grammy for Best Jazz Vocal Album. He not only handled the drums on the album, but sang on 10 of the 12 tracks.

The Hypnotic Brass Ensemble are also known as “The Bad Boys of Jazz,” and is a brass band composed of seven brothers whose father is jazz trumpeter Phil Cohran. Their music incorporates numerous influences, including hip-hop, funk, Calypso and Gypsy music.

The group has toured with the Mos Def’s Big Band and were part of the soundtrack of the blockbuster film Hunger Games.

The Atlanta Jazz Festival will be staged May 27-29 at Piedmont Park.

Spivey Hall has announced details of artists and programs for its 2016-17 concert series. It is Spivey Hall’s 26th season, and a special spotlight will be shined on the 25th anniversary of the hall’s Albert Schweitzer Memorial Organ, built by Fratelli Ruffatti, which was dedicated in May 1992. Featured performers in the organ series include organist-in-residence Alan Morrison (October 29), Stephen Tharp (January 28), Steven Ball (February 25) with mime Dan Kamin, and Hector Olivera (May 6). The organ series will conclude with the Albert Schweitzer Memorial Organ 25th Anniversary Celebration (May 13) showcasing Morrison alongside organists Ken Cowan and Cherry Rhodes, including the world premiere of a commissioned work for all three organists at once by Weicheng Zhao.