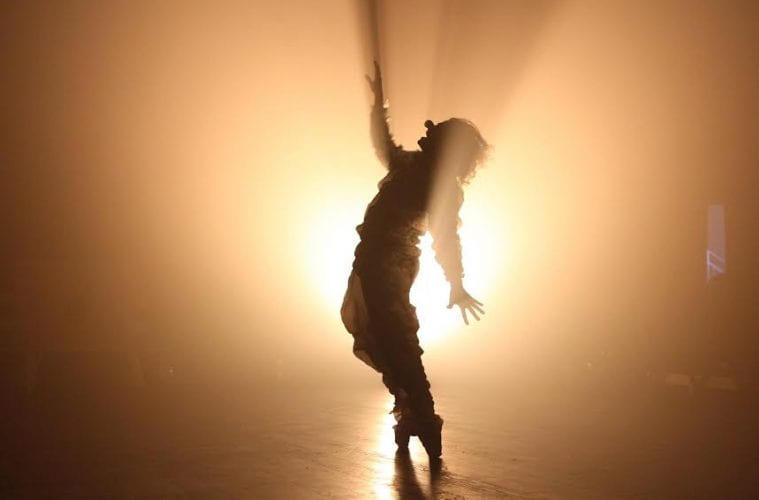 Preview: EXPOSED brings the best of cutting-edge Israeli dance to the stages of Atlanta

A first-of-its-kind Israeli dance festival has kicked off and Atlanta will be neck-deep in visionary dance and theater programming that will shape-shift for six weeks through November 19. Studios and stages will be home to a varied complement of movement artists who unite to create, collaborate, merge, and share with the community. EXPOSED: A Festival of Ground-Breaking Dance and Physical Theatre from Israel, is the invention of CORE artistic director Sue Schroeder, and will feature classes, performances, workshops, film screenings and artist talks.

In December 2013, Schroeder along with her colleague Patton White, attended the Israeli dance event International Exposure in Tel Aviv. The annual, four-day festival showcases indigenous artists to a global audience shopping for what’s new, relevant and exciting in the field of dance. During that visit, Schroeder met many of the EXPOSED artists and invited them to Atlanta, but it took three years to bring the festival to fruition, proof that a good idea can have a long fermentation stage.

Committed to featuring work by international choreographers, a community class series and public engagement, CORE is keenly adept at presenting national and global artists. With EXPOSED, Schroeder honor’s CORE’s mission and also pays homage to a country that has led the renewed vigor and enthusiasm for contemporary dance. “Dance from Israel has been inspiring a lot of people lately,” Schroeder says. “I felt it was important to allow our community to have a more hands-on opportunity to learn. We are all impressed by the incredible dancing, but my hope is to give more insight into the work itself.”

Schroeder’s emphasis on learning is echoed by Yonit Stern, director of cultural affairs for the Consulate General of Israel to the Southeast, who has been a major force in making the festival happen. “The fact that so many students are learning from our artists is wonderful, and really, isn’t that what it is all about?” Stern says.

Both Stern and Schroeder entered the planning stages with little more than hope. As plans and ideas developed, the vision was honed and the focus became clearer. After advocating and creating an initial timeline, substantial financial support from the Israeli Consulate then fell in place; that meant the real work could begin. Systematically other supporters jumped on board. The cumulative efforts have resulted in a project that is smart, broad in scope, and sensitive to the power of intimacy.

The word “exposed” in any of its forms seems fitting for what is set to unfold. Across the United States, much of what is consumed from Israel comes from Ohad Naharin’s movement language, referred to as Gaga. The methodology, as well as the work he creates for the Tel Aviv-based Batsheva Dance Company, has left a powerful mark on contemporary dancers worldwide. Naharin’s voice, while distinctive, does not encapsulate the extent of what Israel has to offer. Batsheva is a massive machine, often overshadowing other work that is equally significant. EXPOSED will reveal and, yes, expose more of the Israeli dance spectrum — and will allow audiences to experience it with unique depth and often, in very intimate settings.

Some featured artists — including Ofir Nahari, Niv Sheinfeld and Oren Laor, Ido Tadmor — have already cultivated relationships with Atlanta audiences, while Anat Grigorio, Hillel Kogan, Yossi Berg and Oded Graf make their city debuts. In addition, Leslie Gordon, the visionary director of the Rialto Center for the Arts, introduced Vertigo Dance Company from Jerusalem to Atlanta two years ago, whetting the appetite for a return engagement.

Through EXPOSED, Noa Wertheim, artistic director of the Vertigo troupe, will offer a master class, while her company provides a notable highlight. The company will perform the critically acclaimed Vertigo 20, a self-reflective journey into the company’s development over the past 20 years. Incorporating a large, three-walled structure upon which dancers jump, sit and propel themselves into the arms of other dancers, it is by far the biggest work of the festival.

Schroeder said that she was amazed at how many people rose to action when the idea was first presented in the fall of 2015. The dance and theater community fell in line almost immediately when Schroeder asked for support. Artists are being presented at 7 Stages, the Schwartz Center for Performing Arts and the Rialto. The highly-anticipated film Mr. Gaga will be screened to a limited audience on Emory University’s campus. Classes are being offered at the CORE studios. Artists are creating work for dancers at Kennesaw State University and Emory. And this just skims the surface.

“There is no predicting how any community will react to the work or the artists,” says Stern. “Yet, the enthusiasm that was bubbling over was certainly motivation to continue planning, to take the risk.”