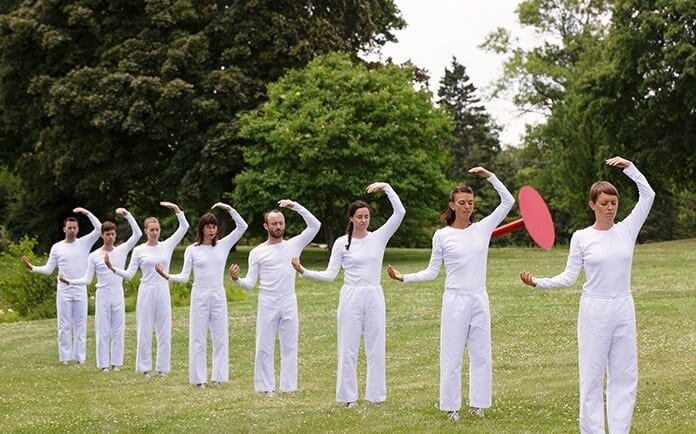 One clear day in 1970, pedestrians walking by 80 Wooster Street in the SoHo neighborhood of New York City were surprised by the spectacle of a man walking down the side of a building. Body suspended at a perpendicular angle to the building with mountaineering equipment, eyes focused on the sidewalk, this was not a stunt, but rather an early work by postmodern dance choreographer Trisha Brown that effectively challenged the viewer’s place in space. Was the man falling in slow motion or was the impromptu audience flying?

In the few nail-biting minutes it took for him to complete “Man Walking Down the Side of a Building,” Brown’s emerging status as an innovator and provocateur was solidified. On April 7 and 8, Atlantans will have the chance to enjoy some early and iconic works by Brown, as the Trisha Brown Dance Company performs In Plain Site at Emory University. The performance will begin in the Tharp Rehearsal Room in the Schwartz Center for the Performing Arts and then, weather permitting, move to other locations on campus, including the quadrangle. These free shows are at 2 p.m. both Saturday and Sunday, as well as 5 p.m. on Saturday, making them a family friendly outing.

Widely considered to be one of the first pioneers of postmodern dance, Brown moved to New York in the 1960s, where she helped found the avant-garde group Judson Dance Theater. Her works were often performed in unconventional spaces and delighted in shedding the rigors and constraints of classical techniques and story lines. “She had a keen eye for all kinds of spaces,” wrote Dance magazine editor at large Wendy Perron, who danced in Brown’s company during the 1970s. “She said she felt sorry for places that weren’t center stage — the corners, walls and wing space. She caused a revolution by simply, sweetly, turning to spaces that other dancemakers don’t, and that could be trees, lakes or firehouses.” 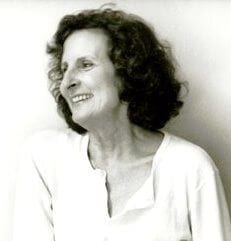 Moving away from the virtuosic and dramatic tendencies of Martha Graham and other early modern dance greats, Judson choreographers were more interested in pedestrian movements and abstract concepts. This was dance for everyone, in a sense, and yet Brown’s collaborators often included some of the art and music world’s biggest stars: Robert Rauschenberg, Donald Judd and Laurie Anderson.

She founded the Trisha Brown Dance Company in 1970, continuing to play with the idea of pure movement and the human body in relation to gravity and environment. Some of her most celebrated performances featured dancers spread across 12 rooftops (“Roof Piece”), walking on walls parallel to the street (“Walking on the Wall”) and repeating a movement phrase with a new move added in each time (“Accumulation”). In 1996, Brown made a duet for herself and Mikhail Baryshnikov. Of the experience, he is quoted in a tribute in the New York Times: “Other than the millions of details in Trisha’s choreography, there is no specific technique that you can learn.” In addition to making dances, she is also known for her large-scale drawings, which act as markers for the artist in motion.

Brown choreographed her last work in 2011 and passed away in 2017 at the age of 80. Her company has continued and is now dedicated to maintaining her legacy through restaging works from her repertory in new contexts. Each iteration of In Plain Site is different than the last, and wholly dependent upon the place. This weekend, the program is slated to include “Geometry of Quiet,” “Groove and Countermove,” “Locus,” “Leaning Duets II,” “Falling Duet,” “Accumulation” and an excerpt from “Line Up.”

The audience can expect an intimate experience with these early works, equipment pieces and excerpts specially chosen from her extensive catalog for the Emory campus. The performance will begin in the quad, move to Patterson Green and conclude in Tharp Rehearsal Hall.