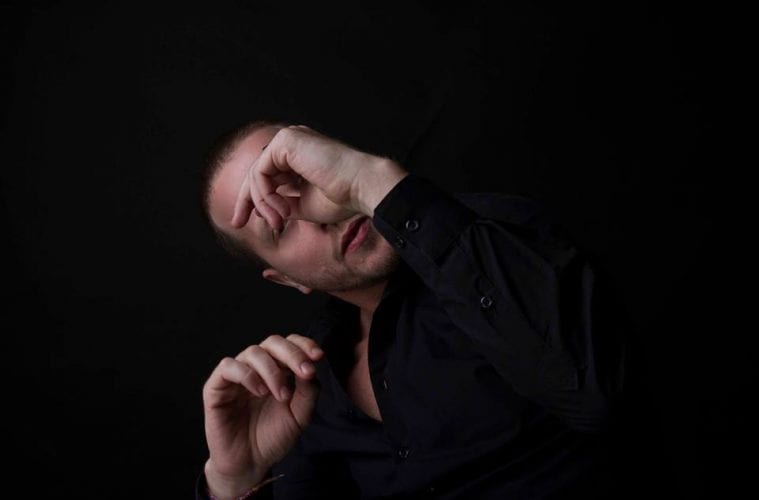 Choreographing dance for an outdoor venue can present its own unique challenges, which Sean Hilton discovered as he created a piece that will make its world premiere Saturday when Atlanta Ballet’s summer troupe Wabi Sabi makes its debut on the roof of Ponce City Market.

“They told me we would be on the roof, and [Wabi Sabi dancer] Devon Joslin does a solo where she looks at the sky,” Hilton says with a chuckle. “I later found out that we’re under an awning, so we might be spilling off the stage in different places so she can actually see the sky.”

Speaking on a cell phone with a cranky connection while driving through the California desert on his honeymoon with Atlanta Ballet company dancer Brandon Nguyen, Hilton says his work — entitled Dormant Gods — digs into some of the human core emotions.

“I wanted to look at emotions,” he says. “I wanted to create a work that doesn’t have sections, they bleed from one to the other.” Hilton’s piece is the centerpiece of Wabi Sabi’s sixth season, a season of change for the troupe founded by longtime Atlanta Ballet company dancer John Welker. It’s possible this may be the final season for the critically-acclaimed Wabi Sabi, at least under the auspices of Atlanta Ballet. Gennadi Nedvigin, Atlanta Ballet’s new artistic director, has yet to decide whether to continue the troupe.

Historically, Wabi Sabi has kicked off its seasons with outdoor performances at the Atlanta Botanical Garden. This year, the troupe performs at Ponce City Market and Serenbe Playhouse. Saturday’s event begins at 5 p.m. with free performances along Atlanta’s BeltLine.

The afternoon will begin with a dance solo at Ladybird Grove & Mess Hall at 684 John Wesley Dobbs Avenue. That is followed by a live music performance under the bridge at Historic Fourth Ward Skatepark, followed by a collection of works choreographed by Atlanta Ballet company dancers in the courtyard at the main entrance of Ponce City Market. The evening concludes with a ticketed event on the roof of Ponce City Market that features works created by Hilton and company dancers from Atlanta Ballet. The evening also includes an aerial arts solo by former Cirque du Soleil performer Meaghan Muller, founder of Backside of the Tent.

On August 21, Wabi Sabi performs outdoors at Serenbe Playhouse at 5 p.m. That show will include Hilton’s piece, along with works choreographed by Jennifer Archibald, Robyn Mineko Williams and Atlanta Ballet’s Heath Gill.

“I couldn’t be more excited about this summer’s Wabi Sabi performance venues,” says Welker. “Atlanta’s BeltLine, the rooftop at Ponce City Market, and Serenbe Playhouse all exemplify places where people gather outdoors in beautiful spaces. We want to be at the heart of Atlanta’s cultural scene, and this summer’s performance lineup will help us to continue showcasing the great dance talent we have through our city’s most accessible, beautiful and intimate places.” Hilton’s Atlanta roots go back to 2001 when he studied at Atlanta Ballet’s Centre for Dance Education, where he now teaches. His professional career has included stops at Bay Area Houston Ballet and Theatre, River North Dance Chicago, and the New York City-based Armitage Gone! Dance before he joined gloATL (now glo) as a dancer in 2010. Two years ago, Hilton founded the Fly on a Wall troupe here, where he remains co-artistic director.

Since his return to Atlanta, Hilton has become one of the city’s leading choreographic new voices. His first Wabi Sabi piece, Living Room, was commissioned in 2013 and performed at the Human Rights Campaign gala.

Welker approached Hilton several months ago to ask him to do Wabi Sabi’s world premiere piece for this season. “I just started gettings ideas, thoughts and feelings about morality as mutation,” Hilton says. “Many choreographers talk about getting back to the animalistic side; I wanted to ponder the other side of that.”

Music for Hilton’s piece is provided by retired Atlanta Ballet company dancer Jesse Tyler, who is now pursuing music as a career with the band Dreambrother and also collaborates with Fly on a Wall. Tyler will perform the music live and share the stage with the dancers.

“He understands the process,” says Hilton. “It’s really wonderful to have collaboration when you don’t have egos and battles don’t intrude.”