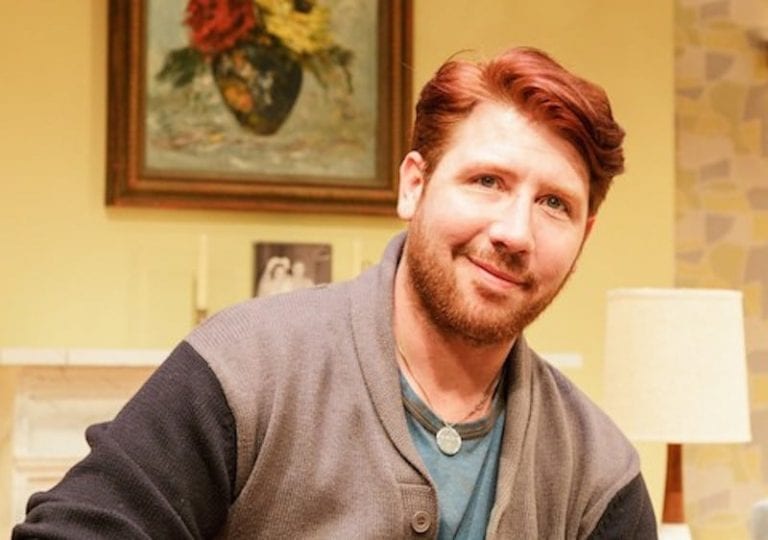 Like many of his plays, Payne's first film features strong female characters.

Over his long career, Topher Payne has penned plays that have appeared all over Atlanta, and one in New York last year, but this weekend he sees his name on a different kind of project — a Hallmark Channel TV movie.

Airing August 6 at 9 p.m., My Summer Prince is the story of a public relations crisis manager (Lauren Holly) pulled in after a bad boy European prince is arrested in Idaho for defacing a landmark. She comes in to diffuse the situation, but unexpectedly is taken by her own crisis. Her assistant goes in for her — and the assistant and the prince find they get along better than they thought they would.

The writing gig came about quicker than Payne envisioned. After signing with a manager in Los Angeles at the beginning of the year, he went there in March to meet with a lot of networks — 12 in all. “It was with the expectation that I would be available to pitch things or take writing assignments in the fall,” he says, since his spring calendar was full. Two weeks later, though, Hallmark Channel was in touch.

Admittedly, he was intrigued by the possibility of writing for Hallmark because the commissioned works were for a target audience similar to the ones he had at Georgia Ensemble Theatre and Springer Opera House in Columbus. “I feel there is a lot of crossover between people who like shows at Georgia Ensemble Theatre and those that like Hallmark movies,” Payne says. “I’ve had years of training on writing stories that speak to this particular audience. I thought I could contribute a new voice to the stories they do, and they agreed that it was an interesting possibility and wanted to give me a shot.”

Part of Payne’s vision coming home from Los Angeles was to spend the summer teaching himself how to write scripts for movies and television. His plan was to write samples that people would never see. Instead, he had to learn on the job. Hence, the mistakes he made on the learning curve were mistakes on actual drafts he had to turn in to producers. Luckily, his team was happy to help him learn the process. Even planning for commercial breaks was also something he had to adapt to.

Payne is used to writing at a fast pace, which is evident in the sheer number of plays he has written over the past few years. “When I am writing for theater, I prioritize ‘Let’s make it happen quickly,’” he says. “I don’t want to spend two to three years developing a single script. There are too many stories to be told.”

But the two months he was given to construct the Hallmark script pushed his writing process. He took some time away from his regular job and wrote all day, did theater at night and then came home and picked up where he left off, going “slowly insane” from the process.

Payne has heard horror stories from friends about television producers and network interference, but his experience was positive. “I am not saying I won’t eventually [have one] myself, but for now I can say that my first experience was wonderful,” he says. “They gave me a tremendous amount of freedom in the first draft. Once we had approved the outline, everyone took a step back and let me write the movie. It was a collaborative process, and the script they wound up filming looked like something I wrote.”

Filming started in early June and was done in three weeks. Payne was present in Park City, Utah, for three days. On the set, an average day was sitting by the director watching a scene being filmed and making last-minute adjustments when needed. During the time he was not on set, he would receive random text messages and phone calls. “I was there to help problem-solve in the moment,” he says. “For the most part when I was there, it was me sitting and marveling at the fact that it was happening.” He also filmed a cameo part as a tourist.

One of his priorities was to keep his distinctive voice in the script. That was part of the early conversation as he talked to Hallmark. “I think there is a way to do romantic comedy that is light and fluffy and hopeful but still smart, with interesting dialogue and people you care about,” Payne says. “I am not saying that they weren’t prioritizing that before, but that was important to me as a writer.”

His plays — such as Perfect Arrangement, Swell Party and Let Nothing You Dismay — feature strong female characters, and Payne did not want the network to lose that strength. “I never want to write a dumb girl,” he says. “So far I haven’t. I have written a script for two beautiful twenty-somethings, but my script has roles for people over 40 and roles for women of color. When you hire me that is something that comes as part of the package.”

Payne has not seen the movie yet. Although there is a Los Angeles premiere, he will be in rehearsals for a local play he is directing, The Credeaux Canvas at Out of Box Theatre. So the first time he sees it will be in Mississippi with his family gathered around the TV. “To be able to watch this with my boyfriend, my parents and my sister, that is something we have all worked hard for,” he says. “Last year I got the chance to see my parents see Times Square for the first time and see my name on a marquee — and this year we get to see Topher Payne come up on a TV screen. They showed a lot of faith for a very long time that one day things would start happening — and they are.”

Although he is not able to announce it yet, he does know how he will pay his rent next month. “Wouldn’t it be interesting to see what I can do with a Christmas story?” he teases.