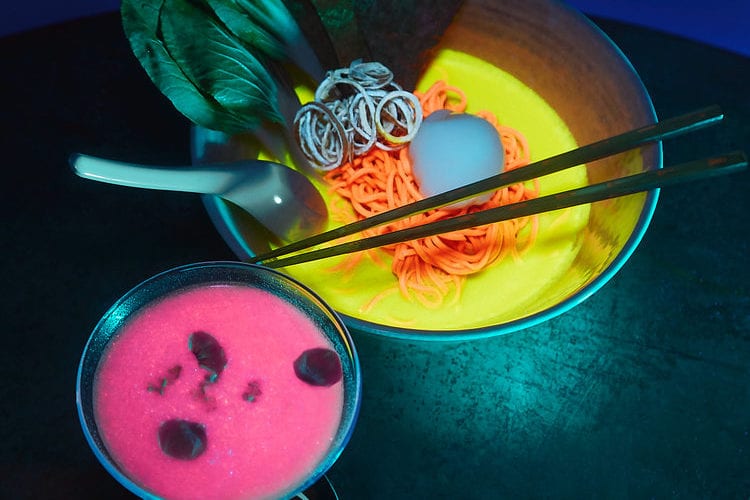 This describes Nakamura.ke, which calls itself a “family-run mobile kitchen serving lumen-ramen for the non-commons.” The theatrical event runs through March 2, first in the Old Fourth Ward and then in Poncey-Highland. The bad news: the $75 dinner tickets (six per night) sold out in early December.

The good news: nightly parades at Space2 on Edgewood Avenue continue through February 16 before moving to Paris on Ponce and continuing through March 2. They begin at 6 p.m. Wednesday through Saturday and go until they stop, featuring glow-in-the dark cocktails and small bites, benevolent demons and DJs.

The project comes from Ami Sueki, her avant-garde design studio Zoo as Zoo and Atlanta-based creative agency Dashboard. The nakamuras are mythical, storytelling spirits that come from Japanese folklore. The Nakamura.ke experience is rooted in their narrative. Look for similar popups soon in Los Angeles, London, Miami, New York, Tokyo and Seoul, South Korea. Nakamura.ke plans to do work globally with Atlanta as its home base.