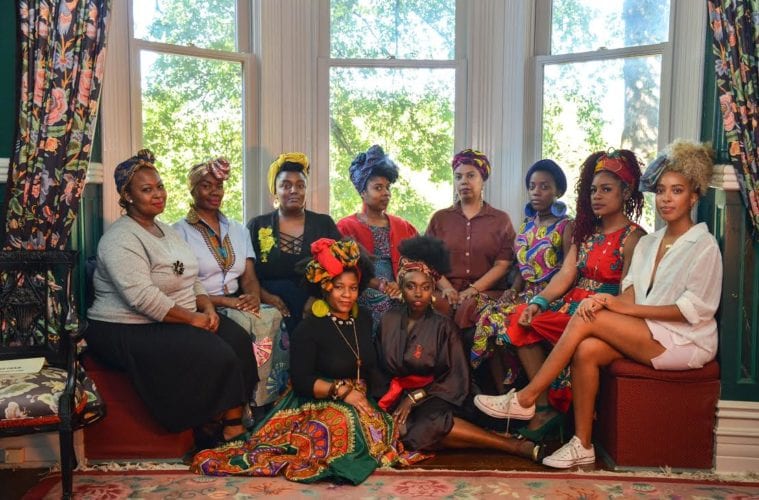 Luminary Awards: The women of TILA Studios have rewritten the rules

When Tiffany LaTrice founded TILA Studios in 2016 to support the art-making practices of African American women, she wanted to pay a few gifts forward.

A graduate of the University of Southern California with a master’s degree in women’s history from Sarah Lawrence College, the self-described people-pleaser was on a fast track to achieving the dreams of her mother while sublimating her heart’s desire to be a painter.

“I was like Kenneth on 30 Rock,” says LaTrice, who gave studio tours at NBC News and worked on productions for Saturday Night Live, The Tonight Show Starring Jimmy Fallon and the 2012 Summer Olympics before transitioning to human resources. She enjoyed her proximity to the razzle-dazzle of entertainment and appreciated the steady paychecks, but started to question the worth of those job perks after being blindsided by Mother Nature.

“It was January of 2014,” says the Tennessee-native. “I got stuck in a snowstorm, my phone died, and I had to walk miles to find a train home to the Bronx. In that moment, I had a revelation that this could not be my life. I’d worked so hard to achieve success according to other people’s expectations, doing nothing to satisfy my own, and figured: if I can be this successful in pursuit of other people’s goals for me, why can’t I do it for myself?”

Flashing back to a conversation she’d had the previous summer with a party guest — who’d recognized her aspirations to be an artist and offered her a place to stay in Georgia if she ever wanted to regroup — LaTrice allowed herself to seriously consider the invitation. Six months later, she was living on a farm in Powder Springs, where she fell in love with the views, the horses, the wide open acreages and the enormous barn where she could build canvases and paint whenever inspiration struck.

The nine-month stay was idyllic. But LaTrice was in for a rude awakening once she realized how ill-equipped she was to advocate for herself as an artist/entrepreneur. She educated herself on the fundamentals of financial literacy, calculated the value of her paintings, drafted an artist statement, wrote a CV and documented her artwork for distribution on websites and other visual media. In the process, she recognized an opportunity to help other emerging artists master the same skill sets. And she emerged determined to reverse the trend she saw of women low-balling themselves and shying away from conversations about money, contracts and negotiations. 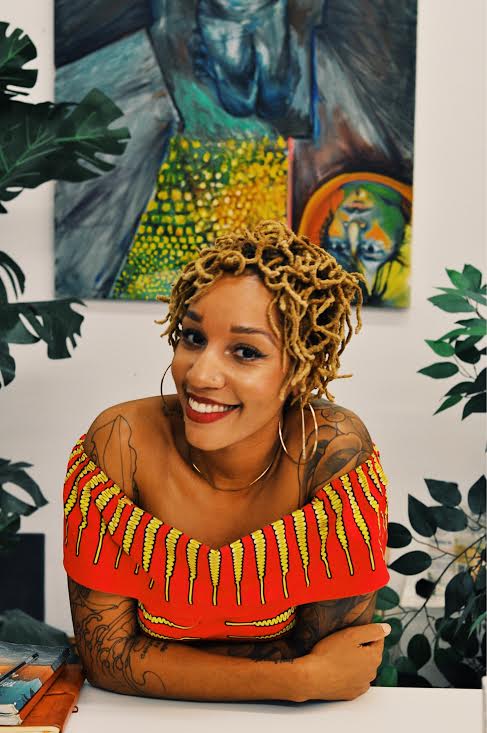 “Building a collaborative space where ideas could be exchanged for art-making that also teaches women the business side of art was at the root of why I created TILA,” says LaTrice. “And I wanted it to feel like a second home.”

Today, the home base is a single-story building in a residential district of East Point. Irises transplanted from LaTrice’s late great-grandmother’s garden in Chattanooga border the exterior, while a 2,000-square-foot light-filled interior features a studio, co-working space and a gallery. The project was financed through a combination of crowd-funding, private donations and LaTrice’s personal savings. Membership currently stands at 30 (with a growing waiting list), and the collective has produced 11 shows and exhibited the work of 93 artists.

In recognition of the work she has done with TILA, LaTrice received the ARTS ATL Luminary Award for Arts Innovation at the ceremony Sunday at City Winery.

Beyond serving as a hive for creativity, the women of TILA have also made a name for themselves as pollinators — showing up en masse for museum visits, gallery strolls and local artist talks. Last month, 10 members traveled to Art Basel Miami Beach, where they were fêted by the Pérez Art Museum Miami and shared a booth space with the Atlanta-based September Gray Fine Art Gallery.

“I was exceptionally proud to see them shining brightly in Miami,” says September Gray. “This was an opportunity for Atlanta to be seen as a place where art is being made, creativity is nurtured and hidden jewels can be revealed. They accomplished that goal.”

From the perspective of TILA members, getting to meet and receive feedback from gallery owners like Gray, nationally known curators and luminaries such as Mickalene Thomas, Wangechi Mutu and Tatyana Fazlalizadeh has been a game-changer for women of color against the backdrop of limited equity and access within mainstream arts institutions.

“Tiffany has been intentional about pulling women together in a space where they can collaborate, build confidence, gain expertise and be sisters,” says Russell Love. “I commend her for filling a void by focusing on African American female artists in Atlanta.”

As LaTrice looks forward to growing TILA, her devotion to wisdom gained in the past is steadfast.

“Our foremothers laid the foundation for the possibility of creativity,” says LaTrice. “My mother [a single woman who put three children through private school while earning her PhD] and great-grandmother [whose imagination transformed everything from flower beds to interiors to family dinners] epitomize that. They sewed their gardens and made magic out of thin air. That’s what I want to replicate with TILA.”