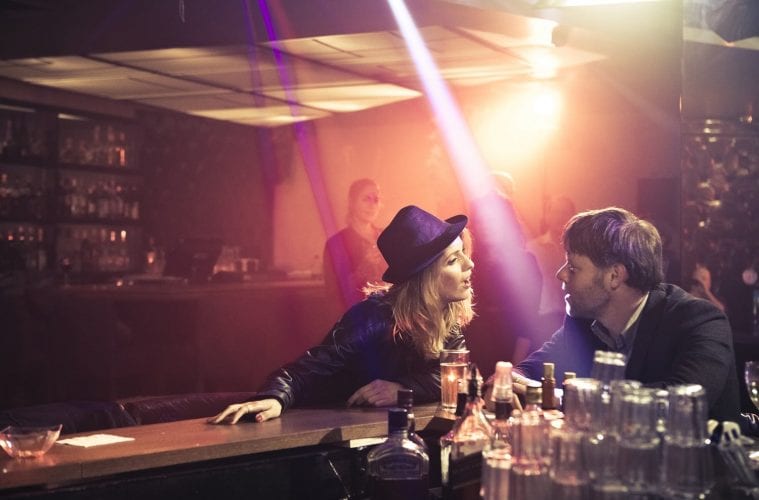 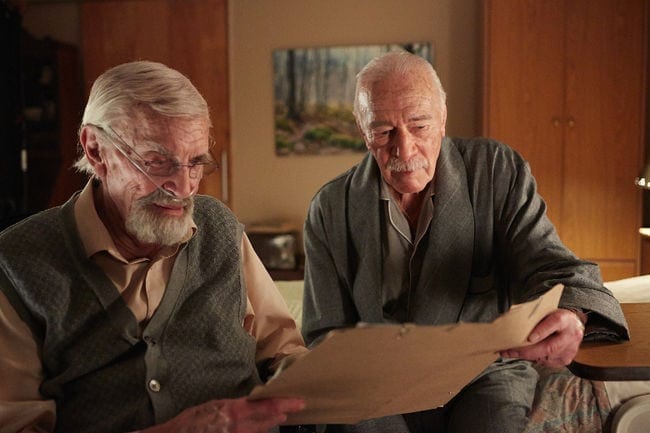 Atlanta film lovers, rejoice. Of course, I could say that just as easily when writing about the Atlanta Film Festival or Out On Film. But for me, the 16th annual Atlanta Jewish Film Festival — now the largest of its kind in the world — has become the city’s best chance to catch some of the globe’s most interesting dramas, comedies and documentaries, curated by the AJFF’s 150-member selection committee.

As in every year, certain trends emerge among the movies. “Dysfunctional families, like in Look at Us Now, Mother!,” says Matthew Bernstein, former chair of the programming committee in years past. “That’s always a festival mainstay.” Troubled family dynamics also propel Wedding Doll, Mountain, Tikkun, Natasha, The Midnight Orchestra and, well, you get the idea.

“Also, every year, we have great documentaries that tell you about people you had no or little idea about,” adds Bernstein, chair of Emory University’s department of film and media studies. Take, for instance, Carvalho’s Journey, about a Jewish-American explorer and photographer in the 19th-century frontier, or Children of Giant, a look back at the George Stevens movie that explored the second-class status of Mexican-Americans, background players to movie stars James Dean and Elizabeth Taylor in tiny Marfa, Texas. 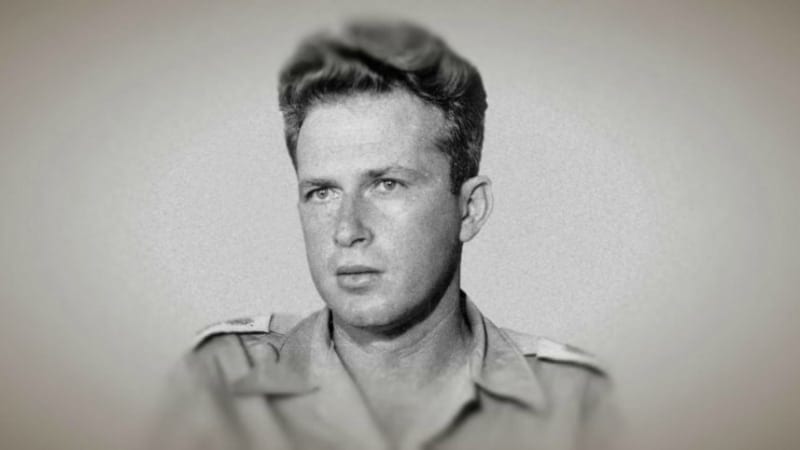 Rabin in His Own Words is one of two documentaries that focus on the Israeli leader.

There are documentaries about famous figures, too, of course.

“The 20th anniversary of Yitzhak Rabin’s assassination has inspired two of what could be considered controversial documentaries, given that there’s a conservative view of Rabin that he was in the process, when he was assassinated, of weakening Israel irrevocably by negotiating with Arafat and seeking a peace deal based on the Oslo Accords,” Bernstein says. “Rabin in His Own Words is, I think, quite astonishing. The film is very disciplined. It’s just his words — there’s no one else talking — in interviews, off-the-record conversations with journalists and so on.

“In my mind he emerges as a visionary figure prophetic in his understanding of the role of extreme right-wing politics in Israel and the religious component that rejected the idea of sharing land with the Palestinians at all. So much of what he predicted and what he was dealing with has exploded now in Israel.”

The second Rabin documentary, Rabin, the Last Day, is director Amos Gitai’s drama-documentary hybrid, blending newsreel footage and staged reenactments based on transcripts and official records. “It’s controversial, but I found it very effective and fascinating,” says Bernstein, who says some have compared the movie to Oliver Stone’s conspiracy epic JFK, though he feels the Rabin film is much more level-headed in its approach. 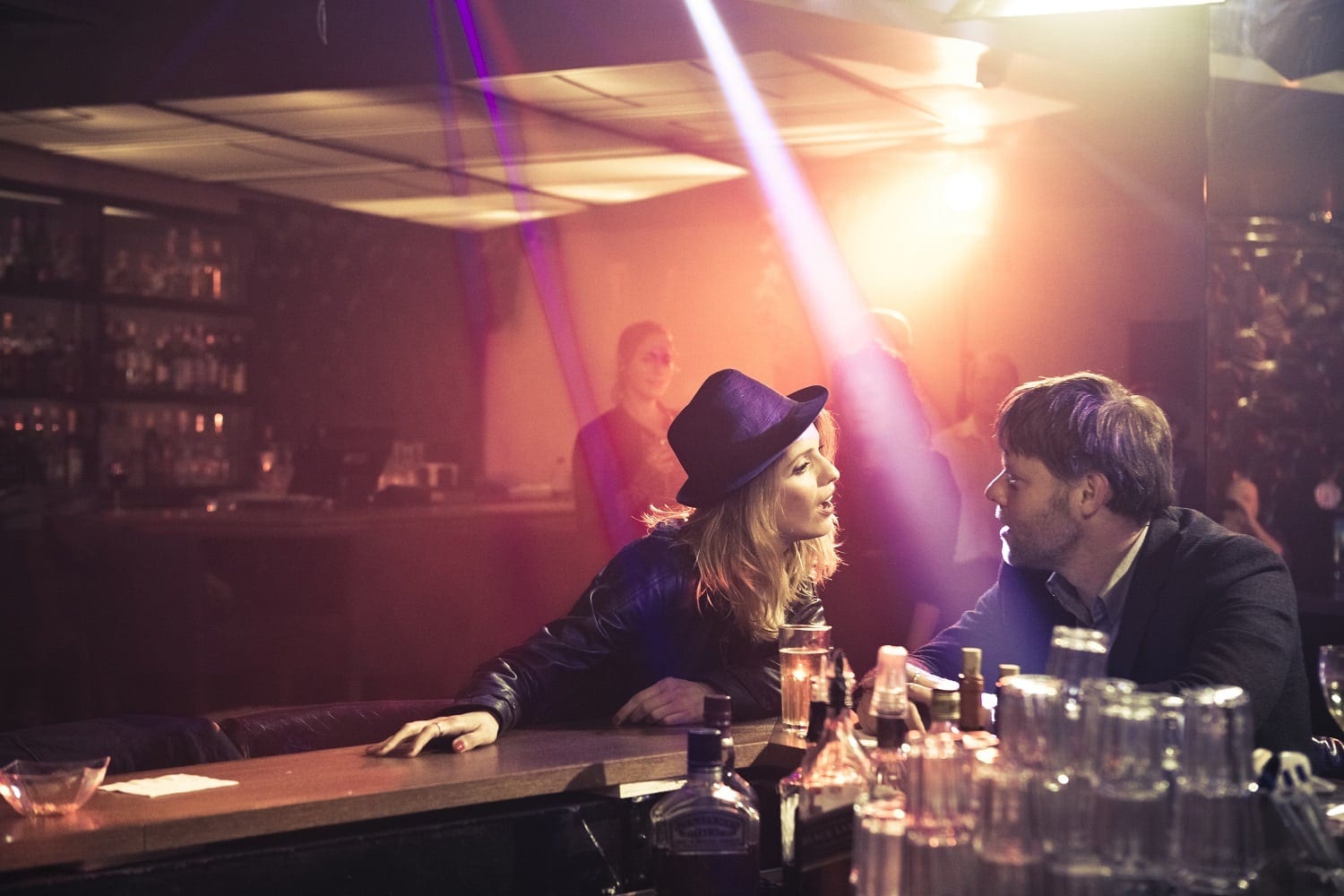 He says, “This is part of Israeli cinema doing what it always does — taking stock of itself and trying to figure out who we are and what we stand for.”

But of course, the AJFF’s films cover many more countries, moods and genres, from the musical milieus that drive both The Midnight Orchestra and East Jerusalem West Jerusalem to the themes of religious disaffection at the center of the artful, provocative Mountain and Tikkun.

Also notable this year? Several murder mysteries, including the opening-night thriller Remember, the Polish police procedural A Grain of Truth, and the tale of a murdered con man and lothario, member of a group of aging Holocaust survivors in the surprisingly amusing Fire Birds. The latter is one of Bernstein’s favorites. “I just kind of liked the jaunty tone of it,” he says, finding it reminded him of last year’s crowd-pleasing euthanasia comedy (yes, seriously) The Farewell Party.

Below are some quick appreciations of the films I was able to screen in advance. As is always the case, as soon as you think you’ve seen the best movies the AJFF has to offer, you’ll hear about something else that sounds even better. There are at least a half dozen titles I didn’t manage to see that trail excellent word-of-mouth. So dig in. 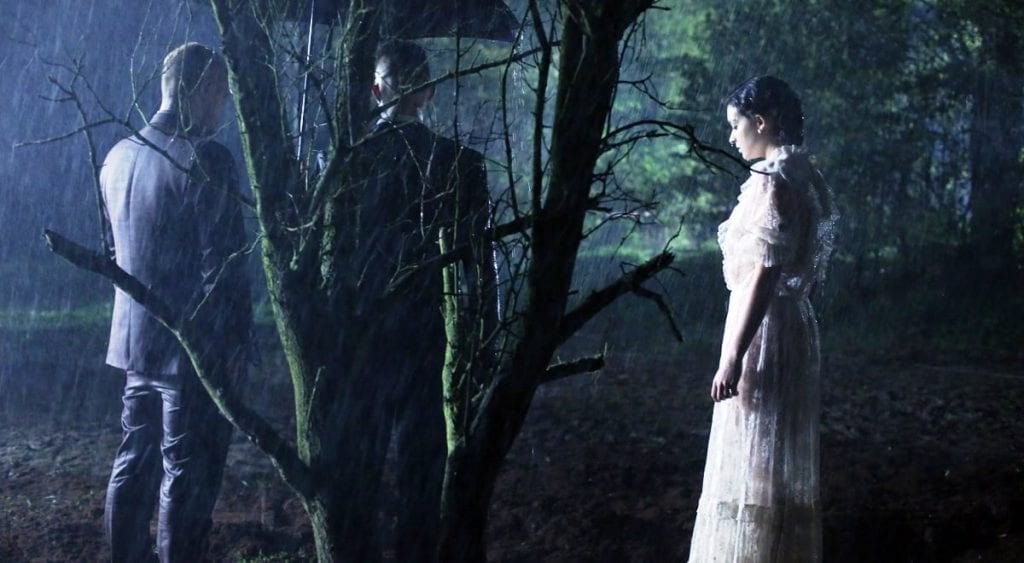 Demon. Don’t you just hate it when a restless spirit possesses the groom at his own wedding? That’s the basic plot here, a modern spin on the legend of the dybbuk — and a shrewd device to explore Poland’s buried (literally) history of wartime anti-Semitism. Itay Tiran, in an impressive physical performance, plays the young Londoner who comes to a small Polish village to marry a local girl. But the spirit of a dead young woman has other plans for the couple. The long wedding reception turns into an endless, tragicomic debacle as the groom’s new in-laws do everything they can to keep guests from sussing out the supernatural happenings. I was reminded of 1998’s The Celebration or the drunken, sprawling tragicomedies of Emir Kusturica (Underground).

Fire Birds. Oded Teomi plays a fascinating/revolting blend of charm and smarm as a recently widowed fellow who woos several women at once, all survivors of the Holocaust. He himself claims to be one. He isn’t, though. The lengths of his reprehensible actions become clearer when a young detective (Amnon Wolf) uncovers his history after the old man’s body is found floating in the river. With its mix of mystery and mild, sunset-years comedy, the film’s ever-shifting tone makes the movie feel like a geriatric riff on an Almodóvar movie. It didn’t totally work for me, but it’s a fun watch.

A Grain of Truth. In a wintry small town in Poland, bodies start popping up — murdered in ways that recall the old anti-Semitic myths about ritualistic Jewish murders of Christians. A new detective in town (Robert Wieckiewicz, from previous AJFF selection In Darkness) is assigned to the case with a reluctant local. Yes, the setup is very familiar. But in a glutted field of detective procedurals on big and small screens, it’s a twisty thriller that holds its own, in both atmosphere, characterizations and plotting. It will surprise you.

Je Suis Charlie. In its native France, the original title translates as Humor Has Died. That’s appropriate for a documentary that avoids any funny stuff in chronicling the murderous assault on the Charlie Hebdo office last January — and the city’s response with an enormous rally on the streets. The sight of those millions streaming the boulevards in defiance of extremist threat now comes with a bittersweet feeling, along with the uplift. We now know what was yet to come in November. This documentary is straightforward, nothing fancy. But it’s a valuable testament to national unity and perseverance in the face of fundamentalist insanity.

The Midnight Orchestra. A Wall Street wiz kid (Avishay Benazra) returns to Casablanca, the homeland he left as a boy during the Yom Kippur War. He’s there to meet his famous musician father. But when his dad unexpectedly dies, Michael remains to reunite his father’s former bandmates — all eccentric in one way or another — for one last performance. It’s a warm-hearted and expansive movie. I just wanted to be convinced more by its tonal shifts and self-consciously “wacky” characterizations, which sometimes felt like they were quirky simply for quirk’s sake.

Mountain. Shani Klein plays Tzvia, an Orthodox wife and mother living in a house at the edge of the cemetery that sprawls across the Mount of Olives. In long takes, we watch as she gazes out the window, smoking, or bathes at the mikveh, or waits (a lot) for her husband to come home. In the cemetery she discovers a nighttime underworld of prostitution among the tombs. Soon, she starts silently visiting and even cooking meals for the pimps and hookers. Why? Well, if nothing else — even when they’re cursing at her — the outlaws at least acknowledge that she exists, a recognition she increasingly craves at home. A quiet, subtle tale of disenchantment, and perhaps madness, Mountain demands patience, and a willingness to entertain ambiguity.

Natasha. Sixteen-year-old Mark (Alex Ozerov) is having a nice summer, selling weed for an older pal, reading Nietzsche and biking around the leafy Toronto suburb where he lives with his indulgent, middle-class Soviet-Jewish parents. That all changes with the marriage of his great uncle to a woman from Moscow, who arrives in town with her jaded, sexually precocious 14-year-old daughter Natasha (Sasha K. Gordon). Sparks ensue. Working from his own script, David Bezmozgis isn’t an especially distinctive director. His style is so anonymously smooth, the stakes — even when one character is describing a very troublesome sexual history — never seem especially high. But it’s a very watchable film, sexy in a squirm-inducing way, and well-performed by its young leads.

Remember. He’s such a nice old man, the fellow played by Christopher Plummer. He talks to little kids on trains and plays the piano beautifully. He’s also packing a wad of cash, a Glock and a kill list. Oh, and he has dementia. He frequently has to reread the instructions written by his friend (Martin Landau), who lives in the nursing home he himself escaped from, to remember his mission: to locate one Rudy Kurlander, the brutal guard at the concentration camp he and Landau survived. And kill the Nazi-in-hiding. An existential thriller, like a silver-haired Memento, the movie builds to a suspenseful gut-punch of an ending. Though it may fall apart when you think about it afterward, it’s fascinating while you watch, and it’s one of director Atom Egoyan’s (The Sweet Hereafter) better movies in a good long while.

Song of Songs. Based on the stories of Sholem Aleichem (best known as the inspirational source for Fiddler on the Roof), the film is an impressionistic immersion into the memories of a young boy in a Russian shtetl, and the red-haired girl he loves (and maybe takes too much for granted). The movie gives us a boy’s-eye view of street games and surreal school lessons. Sometimes, the camera drifts through the village, eavesdropping on bystanders’ chatter. The effect is a little like the scenes of angels in Wings of Desire, listening in on the inner voices of mortals walking the gray streets of Berlin. Lovingly made, the movie lives in a tricky area between hypnotic and nod-inducing.

Tikkun. The most striking film I saw, and the likeliest to cause great controversy among viewers. Avishai Sivan’s ominous black-and-white drama is a stylized descent into sexual repression and shaken faith. Aharon Traitel plays stick-thin Yeshiva student Haim-Aaron, who briefly dies in an erotic bathroom mishap, but is brought back to life by his father (Khalifa Natour). Only, he’s not the same person that he once was. And Dad starts to wonder if he has transgressed natural laws by reviving his son. Like Mountain, the film critiques the restrictions and sacrifices of Orthodoxy, and it fills the screen with visions of crocodiles, and some brief, but graphic uses of nudity. Be prepared to talk a lot after you see it.

Wedding Doll. All she wants to do is get married, or at least get a job designing bridal gowns. But there’s a problem. Hagit (Moran Rosenblatt, in a lovely performance) is mentally disabled, with an urge for freedom that’s monitored by her overprotective, divorced mom (Assi Levy, equally strong). Oh, and the hunky boss’s son (Roy Assaf) that Hagit works with at the factory? He’s her boyfriend — only, he doesn’t want anybody else to know it. Which sends up the kind of red flags that Hagit, with her big-smiled approach to the world, can’t recognize. The movie is slight but captivating, and it makes you anxious for this lovely young woman in a world you can’t help feeling simply isn’t good enough for her.