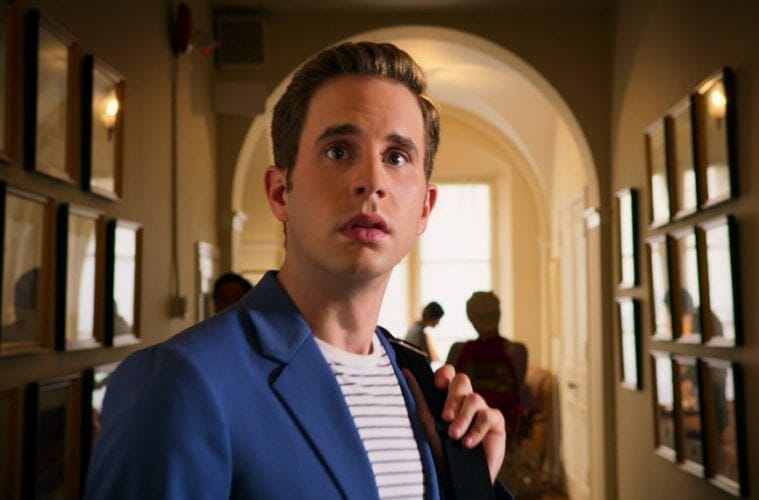 "The Politician," from "Glee" creator Ryan Murphy, features Tony Award-winning Ben Platt of Broadway’s "Dear Evan Hansen" as a high school senior from a mega-rich family whose single driving urge is to one day be the U.S. president. (Netflix)

October streaming review: There’s nothing gleeful about Netflix’s “The Politician”

In the wake of their big Emmy wins (10 and six, respectively), HBO’s Chernobyl and Amazon Prime’s Fleabag should be at the top of anyone’s catch-up streaming list. I’m already a big fan of both Fleabag seasons, but the five-episode HBO drama is on the top of my to-do binges. So is Ken Burns’ latest sprawling documentary epic, Country Music on PBS.

Of course, there’s plenty of other new stuff worth watching. So, deep breath. Let’s dive in.

First, you should know this: Anyone who has ever been involved in sexual assault, even tangentially, needs to go carefully with Unbelievable. That it’s based on actual police investigations only makes it more disturbing. But the end result is worth any difficulties, thanks to sensitive direction and a strong cast led by Merritt Wever (Godless) as Detective Karen Duvall and Toni Collette (who still terrifies me after her brilliant performance in the horror flick Hereditary) as Detective Grace Rasmussen. The two work for different precincts in Colorado, and the agonizing core of the eight-part series is to dramatize a terrible truth endemic to the United States: Law enforcement agencies don’t readily share with each other the information crucial to solving many crimes.

Unbelievable follows two timelines. In 2008, a teenager named Marie (Kaitlyn Dever), who has bounced around for years among foster homes, is trying to pull her life together, living in a group home for young people with similar challenges. One night, she’s awakened in her bedroom by a masked man with a backpack, who proceeds to rape her and take pictures. She reports this the next day to police, who start to pick at her story line, unbalancing her until she feels obliged to recant her account. And that’s only the start of her problems.

In 2011, Detective Duvall investigates another rape, that of a young woman named Amber (Danielle Macdonald), a college student whose rapist seems to have known her entire class schedule. And who had the savvy to make Amber shower thoroughly after the assault to remove any possible DNA evidence. As the 2008 and 2011 timelines toggle back and forth, we realize that the rapes were by the same person. Officially, it takes a while for those connections to be made, until Duvall approaches Rasmussen at her separate precinct and convinces her to join forces and connect the dots.

One of Unbelievable’s strongest elements is the relationship between these two women — enhanced by the actors’ skill in creating a prickly relationship between two strong personalities. The show also captures the political skills necessary to navigate the masculine, boiler-room climate of police work. All three episodes are strong, but the best is the first, starring David Tennant of Doctor Who and Broadchurch. As a man accused of raping and killing his teenage stepdaughter while escorting her on a school sports trip, he stonewalls his interrogators for much of the hour. Until the last few minutes, you’ll be uncertain whether he’s guilty of anything or is being set up. If you like what you see, there are three other incarnations of the series, set in Spain, Germany and France, also on Netflix. I’m planning to sample those as well.

The Politician is the first show created by producer Ryan Murphy since his $300 million, five-year deal with the streaming platform. He’s paired with Brad Falchuk, with whom he coproduced the American Horror Story franchise but more tellingly the musical comedy series Glee. Like Glee, The Politician aims for a broad, cartoonish tone and throws in unlikely plot twists and emotional hairpin turns that make the characters contradict everything we’ve learned about them. (Betrayal follows reconciliation follows betrayal, etc., with loud comedy scenes, many attempted murders, bad inspirational dialogue and musical interludes tossed into the blender.)

Tony Award-winning Ben Platt of Broadway’s Dear Evan Hansen plays Payton, a high school senior from a mega-rich Santa Barbara family whose single driving urge is to one day be president of the United States. To that end, he’s campaigning to be student body president, though his rival is a dreamboat named River (David Corenswet). Handsome and enormously popular, River is dating Payton’s nemesis Astrid (Lucy Boynton) — though we learn that he and Payton have also had a sexual relationship. The extreme sexual fluidity of the show’s characters, both young and adult, would seem progressive, except it’s just one more way that the writing makes all the characters seem interchangeable and emotionally unstable.

The series’ central problem is, well, central. Payton is alternately likable and repulsive, a baby-faced Machiavelli. From scene to scene, Platt doesn’t seem to know what to make of the character, any more than the viewer does. Though a running plot point underscores Payton’s supposed inability to feel things, Platt tears up and sobs through countless scenes. As often happens here, what we see on screen contradicts what the script asserts. Platt does sing nice covers of Joni Mitchell’s “River” and Stephen Sondheim’s “Unworthy of Your Love,” but those scenes only serve as reminders of the music-mad Glee. Glee took several seasons to run off the tracks. The Politician is a shiny, arch, schizophrenic train wreck from the start.

Rosa Salazar (most recently seen big-eyed and CG-altered in the box-office bust Alita: Battle Angel) plays Alma, a preschool teacher we meet sobbing behind her steering wheel before slamming her car into a telephone pole. What follows, at least for the first few of eight quick episodes, happens in her head as she lies comatose in a hospital, living the same day over and over. Shades of Russian Doll and Groundhog Day? Well, yes. But then it gets weirder. Rosa Salazar plays a woman caught between life and death, who meets up with her dead father, played by Bob Odenkirk. (Amazon Prime)

As she recovers, Alma starts having visitations from her long-dead scientist father (Bob Odenkirk from Better Call Saul). Well, “visitations” may be too vague. He becomes a kind of tour guide through Alma’s new reality, where she has one foot stuck in this world and the other planted . . . somewhere else. Like Billy Pilgrim in Slaughterhouse-Five, Alma has come unstuck in time. Oh, and something else. Dad wants her to go back into the past to investigate his suspicious death.

Undone can be super woo-woo, but it uses its mix of live action and animation in superb ways that can really remind you of how dream logic works. The show also benefits from texture in Alma’s more tangible reality. It’s a nice touch that Alma, deafened by pneumonia as a child, wears a cochlear implant. The show plays with how she hears things, just as it does with all of her other sensory perceptions. The story line builds on her testy relationship with her bride-to-be sister, the young women’s relationship with their mother and their Mexican-Nahuatl ancestry. This gives the story some cultural flavor. Also, it has in Alma a terrific, annoying, messy, ultimately lovable heroine.

Finally, if you’re one of the people (like me) who miss the hyper-rude, wittily vulgar dialogue of Veep, you might enjoy that brutally funny, sometimes just brutal drama Succession, now ending its second season.

A fictionalized gloss on a family that comes across as a puree of the Trumps and the Murdochs, the show stars Brian Cox as Logan Roy, the Rupert-like billionaire owner of a media conglomerate, who’s playing constant mind games with his grown children about who he’ll name as his CEO heir apparent. This includes Kendall (Jeremy Strong), who assumes he’ll get the top job despite an infamous period of drug abuse and rehab; sister Siobhan (known as Shiv, played by Sarah Snook), who initially works in liberal politics that are the exact opposite of her family’s Fox News-like propaganda machine; and Roman (Kieran Culkin), the baby of the family and a nonstop snark machine with some very sexual kinks. The extended cast includes great stealth actors like J. Smith-Cameron as Gerri, the corporation’s chief counsel, and Hiam Abbass as Logan’s supportive but steely third wife. In its second season, the show pulls in great guest stars like Cherry Jones and Holly Hunter.

You may think you don’t want to watch the cannibalistic predations of such unlikable people, but if you get hooked, you may find yourself playing the same game some friends and I do. Every episode, we rank who is the worst of the Roy family. It constantly changes.