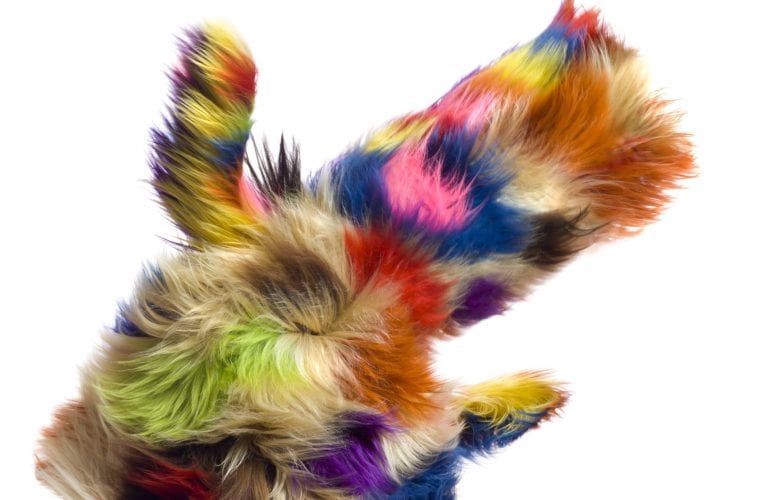 Artistic premieres are not a common occurrence in Atlanta. But next week local audiences will have the opportunity to experience what promises to be a celebration of art, dance and music: renowned artist Nick Cave’s Up Right.

Cave, a sculptor, dancer, performance artist and fashion designer, is best known for his Soundsuits. These assemblages of found objects are attached to a framework that can be placed on the body and activated by movement, creating sound in the process.

The detailed and beautiful sculptures, highly sought after by collectors and museums (the High owns one), are usually displayed as inanimate sentries. Atlanta will have the rare opportunity to see Cave’s Soundsuits in action April 24 to 27 at Ponce City Market. Nick Cave and one of his Sounduits.

The project was commissioned by Flux Projects, whose central mission is bringing art into everyday lives. Originally Flux asked Cave to restage Heard NY, a project that made headlines in 2013 when students from the Alvin Ailey American Dance Theater, wearing Cave’s Soundsuits, danced and swirled through the central hall of Grand Central Station.

Cave had another idea. What about making an entirely new performance piece for and by Atlantans?

The Chicago resident, who is a professor and chair of the fashion department at the School of the Art Institute of Chicago, prefers to come into a community and work with local artists so that, as he explained in a recent phone interview, “the work leaves an imprint rather than an impression.”

He invited choreographer T. Lang, a professor of dance at Spelman College and artistic director of T. Lang Dance, to collaborate with him. She cast the performers using local dancers and community members. Lang and Cave also commissioned two local musicians, the jazz drummer Che Marshall and pianist Stephon Ferguson, to compose works specifically for the piece.

Up Right has two parts. The first, choreographed by Lang, features 12 dancers engaged in a cacophony of sight and sound.

“I’ve been workshopping with my students here at Spelman,” Lang explained in a recent interview, “to understand the distribution of weight and see how the Soundsuits react to different kinds of movement.”

They will be wearing suits Cave keeps specifically for his performances, one of which, Lang discovered, is along the theme of a drum major. This gave her the idea for the accompanying music, which will be performed by a five-person drum line, Forzando Funk, led by Marshall.

The dancers will lead the transition into the second part, which Cave is directing. He describes the performance as a “rite of passage” ceremony. Accompanied by Ferguson’s piano, seven “Practitioners” (one of whom will be Cave) will dress seven “Initiates” in Soundsuits created especially for this work.

The robing process “prepare[s] the mind, body and spirit to confront selfhood,” explains Cave. It is intended to “inform and empower” the initiates.

He recounted many supportive people from his past, including his single mother and numerous art teachers and professors, who through his formative years “cloaked” him with knowledge and resources he could draw from as he faced life’s challenges.

While Cave studiously avoids assigning particular meaning to his performances, it is difficult to look at his “Initiates,” who have all been cast as black males, and not think of recent headlines concerning racial profiling and the killing of young black men. The resemblance of Cave’s Soundsuits to ceremonial costumes used by African tribes, Mardi Gras Indians or in Haitian Voodoo rituals imbues the robing ritual with the notion of providing the protective armor they will need to face the world.

Of course, all young adults are entering a world where they will face a host of challenges. The question Cave asks is how do you find your “Up Right” in the world, pulling on the resources within yourself to face life’s inevitable challenges and succeed?

Following its Atlanta premiere, the work will travel to Detroit, where it will be restaged as a part of “Here Hear,” a seven-month celebration of exhibitions and performances organized by the Cranbrook Art Museum.

Performances will be held twice daily. Tickets are free but require advance reservations. For more information and to reserve tickets, click here.