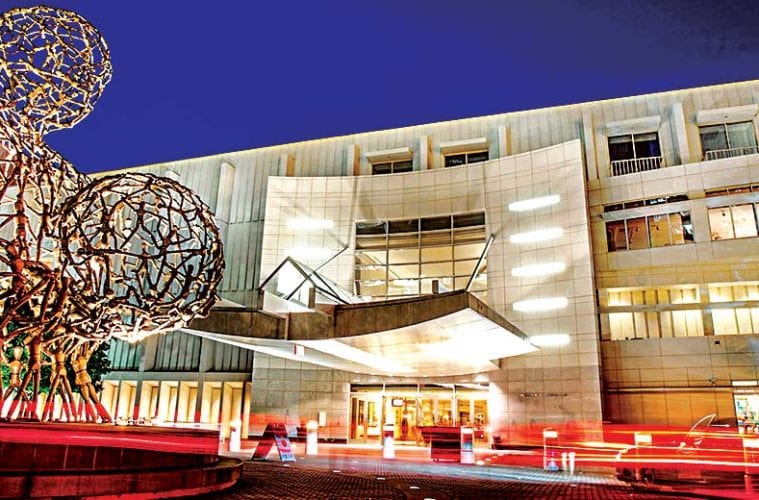 The Woodruff Arts Center will celebrate its 50th anniversary this fall with a series of public events and a new installation to the High Museum of Art’s permanent collection.

The Woodruff Arts Center’s Memorial Arts Building opened on October 5, 1968, in tribute to the more than 100 arts lovers from Atlanta who died in an airplane crash in Paris in 1962.

“Our 50th anniversary gives us the opportunity to say ‘thank you’ to all of the people in our community — past and present — who have made it possible for the Woodruff Arts Center to provide great art and arts education to Atlanta and our entire region,” Doug Shipman, president and chief executive officer of the Woodruff Arts Center, said in a press release. “It’s astonishing to realize that our entire campus — from the Memorial Arts Building to the new Alliance Theatre — was built almost entirely from private donations. That is an incredible tribute to Atlanta’s generosity and to its belief in the importance of the arts.”

The 50th anniversary “Season of Celebration” will begin September 20 with the Atlanta Symphony Orchestra’s performance of Rachmaninoff’s 2nd Piano Concerto.

In October, the High will unveil what is described as a “major reinstallation of its collection galleries.”

In November, the Alliance Theatre will begin a series of open houses to unveil its new and improved home next door to Symphony Hall.

The Woodruff will also pay tribute to the families who lost loved ones in the Orly Field plane crash in 1962. The October 5 ceremony in the Memorial Arts Building will include descendants of those who died in the crash.