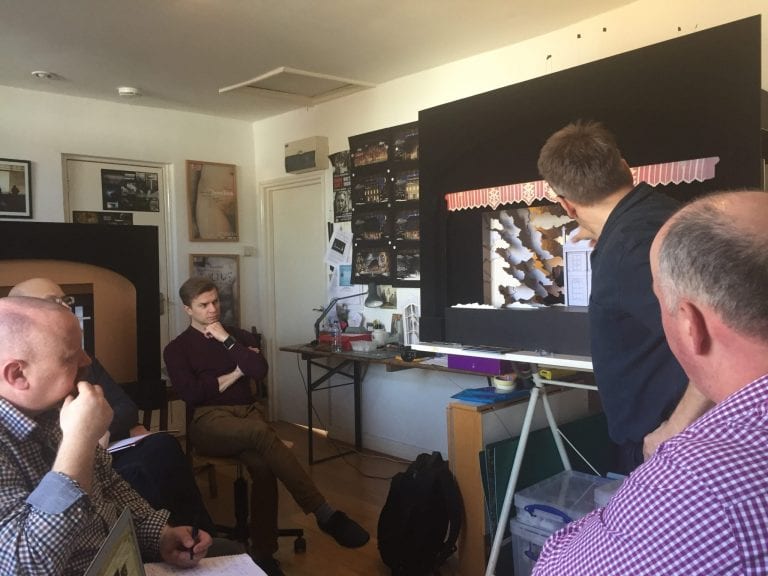 First Look: Atlanta Ballet reveals some of the designs behind its new “Nutcracker”

Is it too early to start talking about Christmas?

Probably, but that hasn’t squelched our curiosity about the Atlanta Ballet’s upcoming production of The Nutcracker. For the past 22 years, Atlantans have arrived at the Fox Theatre to enjoy the sights and sounds of John McFall’s beloved version with its toy-maker, chiming clock and falling snow. But in 2018, audiences will arrive to a very different, all-new production helmed by the Atlanta Ballet’s new artistic director, Gennadi Nedvigin. The Atlanta Ballet recently unveiled a few little hints about the show, and now . . . we’re only more curious.

The company is pulling out the stops in terms of design. The artistic team is top-notch and comes to the project with a host of credits including work on major productions at the Royal Opera House, the Paris Opera, the Metropolitan Opera and Broadway. Set designs are by Tom Pye, costumes by Sandra Woodall, projections by Finn Ross, lighting by David Finn and the choreography by Yuri Possokhov of the San Francisco Ballet.

Ambitions are high: the team indicates they hope the new production, full of the latest stage tech, will hit the international radar as one of the top Nutcracker productions in the country.

Outside, it’s as hot as Hades — and far more humid — but ArtsATL has a special sneak peak at some of the design images from the new production. Have a look for yourself . . . and Merry Christmas!