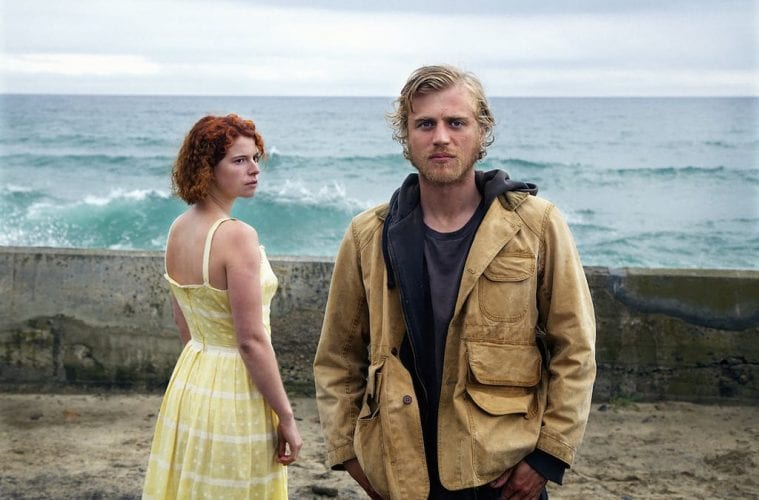 What strikes you first is how young Moll (Jessie Buckley) looks, what a child she seems to be, even though she’s in her late 20s. Maybe it’s the yellow dress she wears to the lawn party her parents throw for her birthday. Her mother Hilary, in particular (the commanding Geraldine James), seems determined to preserve Moll in a state of innocent grace that the girl may never have actually possessed.

Starting with this image and its very title, Beast cues us to think of Moll as the frail other half, the Beauty, of that old, Disney-fied fairy tale. Writer-director Michael Pearce’s hauntingly accomplished feature debut appears to complete the equation with the arrival of Pascal (Johnny Flynn), a roguish young wildlife poacher whom Moll’s mother dismisses with a single line: “You could smell him a mile off.”

Guess, what, Mom? Moll loves Johnny’s smell, one of the movie’s animalistic details that underline its title. But Pearce, in this reworking of fable iconography, is bent on upending our assumptions even as he encourages them.

A fair-haired but runty young man, Johnny can’t quite grow a convincing beard, but convincingly might be connected to a string of missing and murdered girls that’s plagued the community. That community is on the English Channel isle of Jersey (gorgeously shot by Benjamin Kracun, giving the movie a Wuthering Heights wildness). And Moll — who meets Johnny when he rescues her from near date-rape by a guy she danced with at a nightclub — seems equally charmed and alarmed by the sense of danger wafting off him.

We’re cued to fear for Moll while at the same time cheering her on to escape a homebound prison. Hilary keeps a peculiarly fierce yet chummy hold over her, and she’s likely to conclude a vicious tongue-lashing with, “OK, that’s enough — let’s be friends again, hmm?”

The cause for this unhealthy mother-daughter relationship is only gradually teased out. Pearce’s script does a nice job of concealing, then revealing, crucial information at key moments. When Moll tells Pascal that her mother “tried to beat the bad out of me” when she was young, you recoil from the notion of child abuse. But by this point, we know that Moll is not the fragile waif we thought. Likewise, Beast keeps us guessing about Pascal. Could he really be a murderer, or do the snooty locals shun him because he hunts illegally, works with his hands and has the déclassé audacity to show up at a country club wearing black jeans?

The answer to that central question is almost beside the point once the movie nears its bloody, muddy and ambiguous ending. While not gratuitous or gory, Beast won’t be everyone’s cuppa. But it’s a really memorable debut by Pearce — and maybe even more so for Buckley, in a performance that requires a range that could make some actresses wilt. She’s a knockout.

Also opening, The Endless is co-directors Justin Benson and Aaron Moorhead’s follow-up to their creepy-romantic Spring (2014), and it’s actually a semi-sequel to their 2012 feature debut, Resolution. In all three movies, the young directors have fun pushing different genres against an H.P. Lovecraft-derived mythology of Old Ones mucking around with petty human life. All three are worth watching.

You don’t need to see Resolution to enjoy The Endless, but it helps. Benson and Moorhead reprise their cameo roles from the first film as a couple of enthusiastic members of a so-called UFO death cult, encamped in the grassy California wilds. The earlier movie’s main players were Vinny Curran as Chris, who tries to conduct a one-man, cold-turkey intervention with his drugged-out, best friend Mike (Peter Cilella) at the isolated cabin where Mike is staying. Only, time-trippy complications and an omniscient, unseen god-monster hamper Chris’s best plans.

Chris and Mike return in the last act of The Endless, but they’re the cameo players this time. Benson and Moorhead take the leads as Justin and Aaron, brothers returning to the same middle-of-nowhere locale to find closure with the cult they fled 10 years ago. 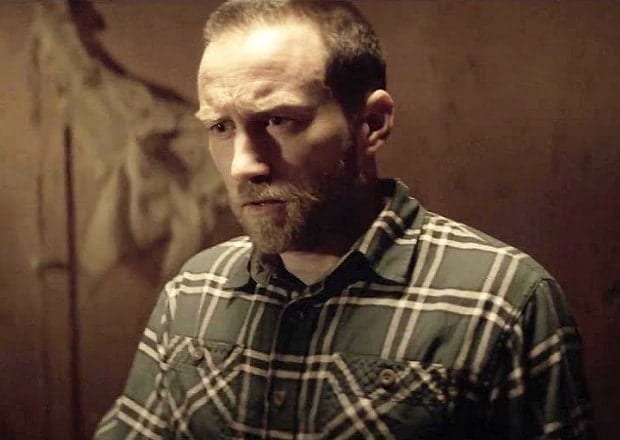 Well, older brother Justin calls it a cult. The more puppyish Aaron has only fond, if vague, memories of his time in this congregation of 30-something, guitar-playing, touchy-huggy folks, who fund their sunshiny lifestyle by brewing and selling craft beer. In other words, it’s the sort of commune you’re likely to find just about anywhere on the West Coast.

The weird thing, though, is that none of the folks at the camp — including de facto leaders Hal (Tate Ellington) and Anna (Callie Hernandez) — seem to have aged a day in the 10 years that Justin and Aaron have become grown men. A few more puzzling details: the angry, weird guy called Shitty Carl (James Jordan), who prowls the campground at high speeds; the strange lava formations that jut out of the ground like wizards’ wands; the recurrence everywhere of yellow Post-It notes with the message PLEASE BE QUIET; the appearance of Polaroids and videotapes of images and events made by a camera where a camera could not be; Oh, and yeah – there seem to be two moons floating in the nighttime sky.

I won’t spoil anything by divulging more plot. The Endless is a kind of sci-fi, Lovecraftian puzzle box. The pleasure of watching it is probably like what people feel when they sign up for one of those escape room adventures. The movie is cheaply but very well made, and it includes a nice focus on unresolved emotional issues between the two brothers (believably played by the co-directors, following a script written by Benton alone). Both Beast and The Endless show writer-directors having fun toying with genre, and in both movies the fun extends to the viewer.

The Endless. With Justin Benson, Aaron Moorhead, Callie Hernandez. Directed by Benson and Moorhead. Unrated. 111 minutes. At the Plaza.