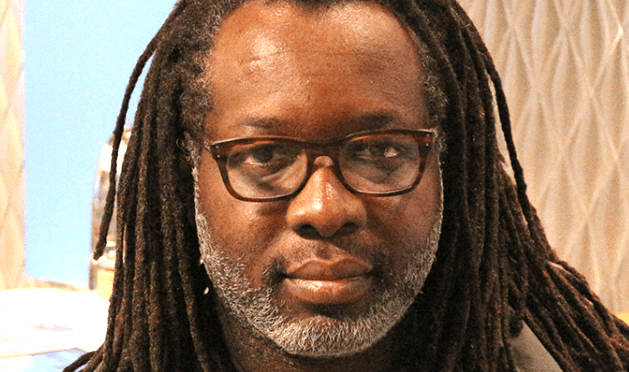 Addae Moon, an Atlanta writer, dramaturg, director and educator, has been named associate artistic director at Theatrical Outfit. He comes from the Atlanta History Center, where he’s been the director of museum theater for nearly 10 years.

The Outfit announced Moon’s hiring on Facebook and Instagram this week. He succeeds actor–director Clifton Guterman, who left the Outfit in February and has since launched his own casting company. Moon will become the first person of color on the company’s full-time artistic staff. The associate artistic director position has been reshaped under Matt Torney in his first season as artistic director of the downtown company.

“As both a playwright and new-play-development dramaturg, the cultivation of new work and unique and diverse voices has been central to my artistic practice for 18 years,” Moon said in a statement. “That, coupled with Theatrical Outfit’s commitment to develop intentional and long-term community partnerships, are the elements that attracted me. I’m excited to play a role in helping Theatrical Outfit become an incubator for new work in the Southeast.”

Moon’s other affiliations include Horizon Theatre Company, where he works with the apprentice company, and Clark Atlanta University, where he’s been an adjunct professor in the theater arts department for more than a dozen years. He has a B.A. in theater from Clark Atlanta (1994) and a M.F.A. in playwriting and screenwriting from Ohio University (2003).