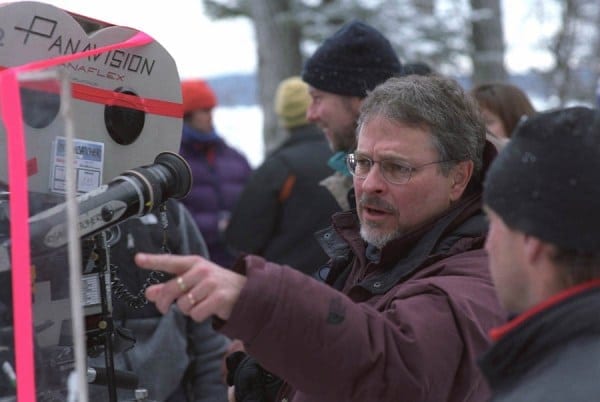 Lawrence Kasdan began his career as a screenwriter, then became a director and producer.

Renowned screenwriter and director Lawrence Kasdan — who cowrote last year’s Star Wars: The Force Awakens — will receive the first annual Icon Award for Contributions to the Cinematic Arts from the Atlanta Jewish Film Festival and ArtsATL.

Kasdan will receive the award at a gala on May 22 at the Woodruff Arts Center’s Rich Auditorium. The program will include an intimate onstage conversation with Catherine Fox, co-founder of ArtsATL. Tickets for the event will be available at the AJFF’s website.

“I’m very honored and flattered to be the first recipient of the AJFF Icon Award for Contributions to the Cinematic Arts, a pleasure only increased in that it is co-presented by ArtsATL, an organization dear to my heart,” Kasdan said. Kasdan and his wife (and occasional collaborator), Meg Kasdan, have been avid supporters of ArtsATL, founded in 2009 to offer news coverage and reviews of the city’s arts scene. Meg Kasdan and Fox have been close friends since they met in college at the University of Michigan.

The Icon Award for Contributions to the Cinematic Arts will be awarded annually to honor exemplary artists who have upheld the tradition of artistic excellence in film, informed directly or indirectly by a Jewish subject or sensibility, and who inspire preeminence in filmmaking worldwide

“The gifts of storytelling and craftsmanship, which Kasdan’s work reflects, are held in the highest regard by AJFF and our audience,” said Kenny Blank, AJFF executive director.

Blank said the award is an outgrowth of the film festival’s mission. “The AJFF has aspired to shine a spotlight not just on great Jewish films, but also the leading artists and industry professionals that exemplify and inspire excellence in filmmaking, particularly who do so through a uniquely Jewish lens,” he said. “The Icon Award is an outgrowth of discussions with Cathy Fox and our friends at ArtsATL about how we could establish a meaningful honor for filmmakers, writers and actors who set the highest standards for the cinematic arts.”

Susannah Darrow, ArtsATL’s executive director, said the nonprofit online arts publication is thrilled to partner with the AJFF for the inaugural Icon Award. “Atlanta has firmly established itself as a major player in film production and we are excited for the opportunity to honor individuals who have made major contributions to the industry,” she said.

Blank said the selection of Kasdan sets a high bar for future honorees. “The breadth of his resume speaks to the range that we feel this award encompasses,” he said.

A University of Michigan graduate with a master’s degree in education, Kasdan originally planned a career as an English teacher. When a teaching job didn’t materialize, he became an advertising copywriter and began to write screenplays in his spare time. After 67 rejections, Kasdan sold two screenplays: The Bodyguard and Continental Divide, the latter of which was purchased by Steven Spielberg.

The sales set the stage for Kasdan’s involvement in some of the most iconic films of the past 50 years. Before either of those scripts were made into a movie, Kasdan was hired by George Lucas to write the screenplay for the Speilberg-directed Raiders of the Lost Ark. But his first produced screenplay was for a sci-fi film that may be familiar: The Empire Strikes Back.

Kasdan, 67, recalled in an interview with Wired that Lucas had not even read his Raiders script when he was hired to write the second installment of the Star Wars saga.

“I had just taken six months to write Raiders of the Lost Ark from scratch,” Kasdan said. “I handed it in, and George said, ‘Do you want to write Empire Strikes Back?’ Literally, he threw [the script] on the desk and asked me to write Empire. He said, ‘We’re in big trouble. Leigh Brackett [who wrote the first draft] has passed away. They’re building sets in England. And I don’t have a script.’”

Those films began an amazing run for Kasdan. After The Empire Strikes Back and Raiders were released, Kasdan directed and wrote the script for the modern film noir classic Body Heat. He then returned to the Star Wars franchise to write the screenplay for Return of the Jedi. Those were followed by screenplays for The Big Chill, The Accidental Tourist and Grand Canyon (all of which he also directed and produced). He has also co-written with his son, Jon Kasdan, an upcoming pre-Star Wars anthology film about the young Hans Solo.

The Star Wars films are Blank’s personal favorites from the Kasdan filmography. “But a remarkable aspect of the Lawrence Kasdan film canon is that he continually builds upon artistic accomplishments, and does not allow himself to be pigeonholed to any one genre,” Blank said. “From the intimate character dramas of The Big Chill and The Accidental Tourist, to the indelible blockbusters of The Empire Strikes Back and Raiders of the Lost Ark, Kasdan’s career continues to have a rich impact on the broad popular consciousness.”