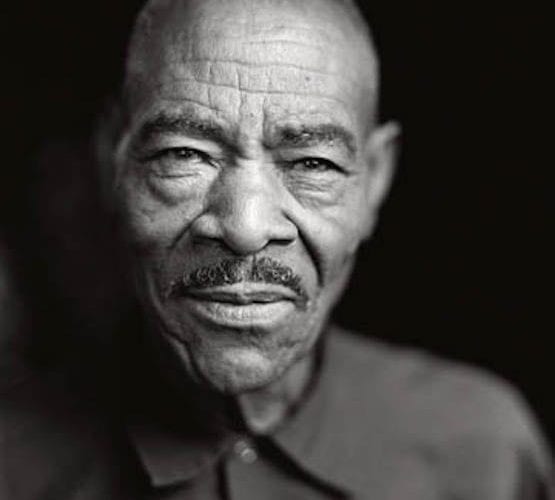 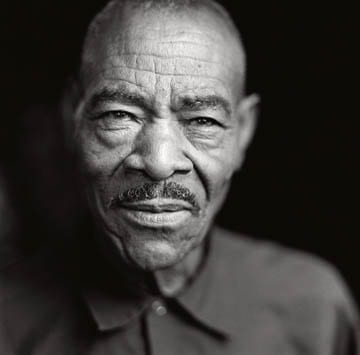 Thornton Dial, who died on January 25 in his home state of Alabama at the age of 87, has been described in all the headlines as a “self-taught artist.” But as I wrote in an unpublished essay three years ago, he was scarcely self-taught; he learned an extraordinary range of skills in the several jobs he held during his working life, not least the ability to create large and intricately balanced metalwork in the Pullman Company boxcar works. He was, however, not taught that these skills could be used for anything but the everyday purposes of the manufacturing process. That insight was wholly his own, based on his experience of the different forms of creativity he witnessed in the African-American community around him. 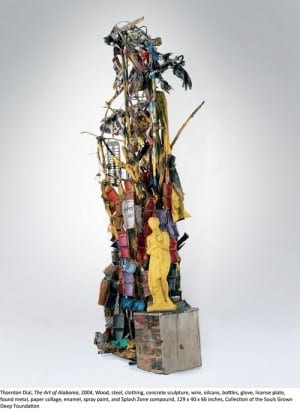 What matters is not where this African-American master of vernacular art acquired his skills, but what he did with them once he began to make art objects that he chose not to expose to public view for fear that he might be violating some unknown licensing ordinance. Once his mixed-media works were brought to art world attention in 1987 through the assiduous advocacy of Bill Arnett, Thornton Dial was on a path that would lead him to the 2000 Whitney Biennial by way of a succession of museum and gallery exhibitions, and to the acquisition of 10 of his works by the Metropolitan Museum of Art in 2014.

That he eventually came to produce monumental wall pieces that in many ways rivaled those of the globally famous Anselm Kiefer is testimony to a quality of intellect and imagination that overcame the limits imposed by a rural Southern upbringing at the height of the Jim Crow era. Mr. Dial (and the “Mr.” honorific was important to a man so long denied such a title of respect) grew exponentially as an artist in a time frame so condensed that it would have been considered remarkable even in a product of a prestigious art school.

The monumental sculpture The Bridge, produced in homage to the civil rights hero John Lewis, stands on public land in Atlanta as evidence of Mr. Dial’s ability to translate the facts of history into evocative visual metaphors. Equally monumental assemblage sculptures and mixed-media paintings toured in the Indianapolis Museum of Art’s Hard Truths 20-year retrospective that completed its national tour at the High Museum in 2012, stunning both local and national audiences and critics. 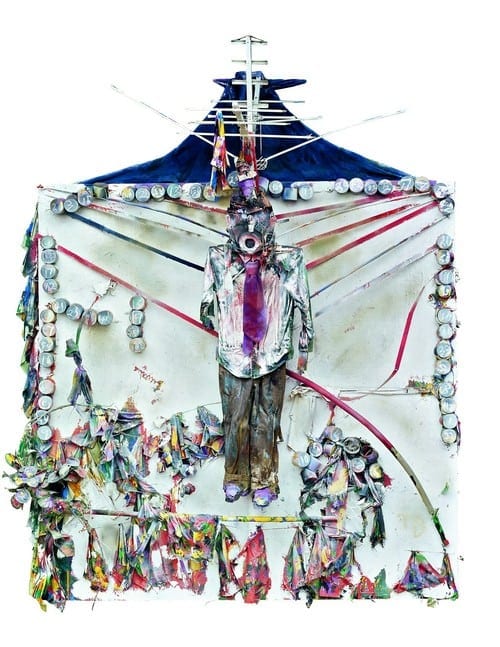 While never losing its political pointedness, Mr. Dial’s work in recent years incorporated a more intimate quality, a lyrically poetic tone to set against the epic sweep of his explorations of the triumph of African-Americans and of the human spirit itself over immense and daunting instances of pain and humiliation. Through all of this, his approach never lost the dignity and sincerity that everyone who knew him perceived in his personality. It is difficult to write about such accomplishments without resorting to a level of rhetoric bordering on fustian that the man himself would never have countenanced.

I encountered Mr. Dial directly on a limited number of brief occasions — at the Art Papers fundraiser that may have been one of his first introductions to an Atlanta audience, at the book signing for the Thornton Dial: Image of the Tiger catalogue that was his first introduction to a national readership, at his home studio when he was creating The Bridge and at more than one of his Atlanta exhibitions. That is not sufficient for me to claim any right to personal insight. But I have seen and written about his art at least since Roberta Griffin curated the Ladies of the United States solo show at Kennesaw State in 1990, and on the basis of that length of viewing, I deem Thornton Dial one of the greatest American artists I have ever encountered — or one of the greatest world artists. The evolution of such an extraordinary oeuvre from such outwardly adverse circumstances over the 30 years of his public career is testimony to this remarkable man’s inner qualities beyond any illustrative anecdotes I might have been able to offer. As the cliché puts it, accurately for once, the work speaks for itself.