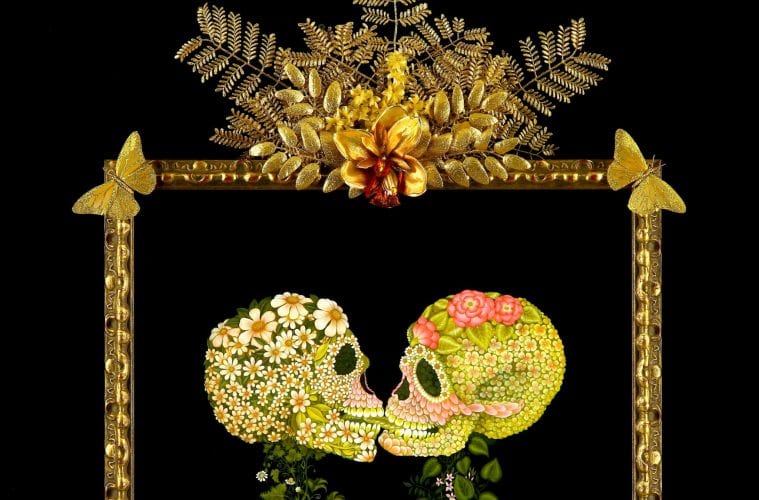 News: The Zuckerman Museum of Art brings “Art AIDS America” to Atlanta, but not without addendum On February 20, 2016, Kennesaw State University’s Zuckerman Museum of Art will host the Southern debut of Art AIDS America, an exhibition of works created between 1981 and the present that analyze how art affects the AIDS epidemic and vice versa. The show debuted at the Tacoma Art Museum on October 3, 2015.

The collection, which was co-curated by Tacoma Art Museum’s chief curator, Rock Hushka, and Jonathan Katz, the director of the visual studies doctoral program at the University of Buffalo, documents artistic responses to AIDS. The collection contains over 100 contributions from artists including Felix Gonzalez-Torres, Annie Leibovitz, Robert Mapplethorpe, Martin Wong and KSU professor Robert Sherer, whose contribution, “Sweet Williams” is painted with HIV-negative and HIV-positive blood.

Of course, HIV and AIDS are not without controversy. With HIV infections increasing throughout the United States, Art AIDS America is a reminder of the devastating effect the disease has had on our culture. According to the Centers for Disease Control and Prevention, more than 1.2 million Americans are living with HIV, and the highest numbers are in the South. Atlanta recently ranked fifth in the United States for new HIV diagnoses, over 50 percent of which are made within the African-American population. “These aren’t solutions to the controversy surrounding the exhibit, they’re points of inclusion,” said Justin Rabideau, director of the Zuckerman Museum of Art. Measures that the ZMA is taking include a graphic which will highlight the impact of HIV and AIDS on the African-American community. “It’s much more powerful to see the numbers than to hear them,” Rabideau stated. Other inclusions consist of pieces on loan from the Bronx and the High Museums as well as a piece from ZMA’s own collection. The “interventions” will be labeled differently for clarity and in hopes to incite discussion amongst patrons. ZMA worked closely with community organizations such as SisterLove when selecting what additions to make to the exhibit.

“We respect the exhibition, but want to ensure we respond to issues relevant to the metro Atlanta community,” explained Rabideau. “We began a discussion about diversity when we saw the first checklist for Art AIDS America and welcome the important work of the activists in Tacoma. The ZMA has a strong track record of exhibiting diverse artists, and we believe that a broad and inclusive dialogue about difficult topics is at the heart of a university museum.”

“AIDS fundamentally changed American art, remaking its communicative strategies, its market, its emotional pitch and — not least — its political possibilities. But we’ve repressed the role of AIDS in the making of contemporary American culture, as we’ve repressed the role of AIDS in every other aspect of our lives. This exhibition underscores how powerfully a plague that is still with us has changed us,” says Katz. “Art AIDS America creates spaces for mourning and loss, yes, but also for anger and for joy, for political resistance and for humor, for horror and for eroticism.” The opening reception for Art AIDS America on Saturday, February 20, is free and open to the public from 6 – 8 p.m. at the Zuckerman Museum of Art (492 Prillaman Way, Kennesaw, Ga. 30144). The exhibition will be on view through May 22, 2016, and contains mature content. Following its run at the Zuckerman Museum of Art, Art AIDS America will travel to The Bronx Museum of the Arts for an opening on June 22, 2016.