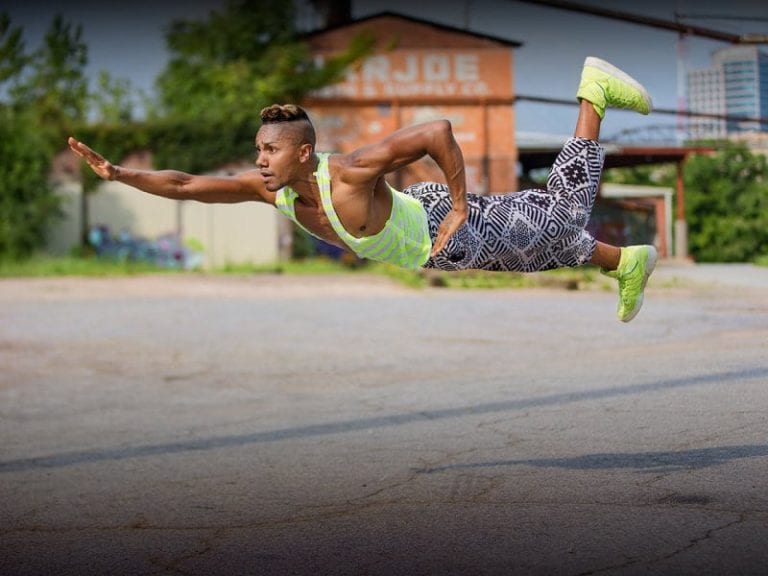 Atlanta-based dancer and choreographer Juel D. Lane is one of four choreographers chosen to participate in the 2015-16 New Directions Choreography Lab, a program curated by Robert Battle, artistic director of the Alvin Ailey American Dance Theater.

The lab gives emerging choreographers an opportunity to develop their ideas with a group of students in The Ailey School, without the pressure of preparing for a performance. Lane is the first Atlantan ever to participate in the program and he is, understandably, elated. Or, as he said during a recent phone chat, “Super, super happy.”

Lane was one of 12 choreographers invited to apply earlier this year and in July, after a series of interviews, he got an acceptance letter. “I was shocked,” he says. “I got this burst of energy. They really like me!”

Now in his mid-30s, the compelling, long-limbed Lane has already made his mark in the contemporary dance world. Trained in the South, he moved to New York in 2002 and danced with Ronald K. Brown/Evidence, A Dance Company for six years. (Evidence will perform in Atlanta September 13 as part of this year’s National Black Arts Festival.)

Lane returned to Atlanta in 2009 and leaped to prominence in 2012 when he became the first local, independent choreographer to create a major work for Atlanta Ballet. Moments of Dis was an audience pleaser, a combustible mix of ballet-in-sneakers, hip-hop and a driving score by Quentin “Eq” Johnson.

In 2013, Lane was named one of Dance Magazine’s “25 to Watch” and since then he has continued choreographing, dancing and teaching. He recently taught a dance on film course at the Teen Artists Academy at Southwest Arts Center. The topic of dance on film has become his main passion, and that’s what he’ll be doing next February when he flies to New York for the lab.

Melanie Person, co-director of The Ailey School, collaborates with Battle on the lab. On the phone recently from her office in New York, she said they heard about Lane through choreographer Camille A. Brown, a participant in the 2011 inaugural lab. Lane and Brown danced together in Evidence, and he is an active company member of Camille A. Brown and Dancers.

“We like to invite choreographers who have a new voice or new ideas,” Person says. “We were attracted to Juel’s movement vocabulary. He is a storyteller and that’s interesting for us. Working with dance on film is important in his process right now and the lab is a place for him to explore. He will also engage our students in new ways.”

For seven weeks next spring, Lane will work with 10 students at The Ailey School in New York. “I have a lot of ideas floating around in my head,” he says and he has already taken a trip to New York to scout for locations. “My first goal is to develop a storyboard of the film and plan out the movement with the dancers before we get to the set.”

Each lab participant is matched with a mentor. Lane will be paired with Darshan Singh Bhuller, a renowned U.K.-based choreographer and filmmaker who has been directing dance and music videos for more than 30 years. It’s a perfect match for Lane.

Several graduates of the New Directions Choreography Lab have gone on to create works for Ailey II. Some are choreographers for regional companies in the U.S. and Europe. Lane, however, wants to stick with film. And while he’s excited about visiting New York for the lab, the city no longer has the draw for him that it used to.

His next goal is to present an evening of his dance films in his hometown of Atlanta. “There’s nothing wrong with putting these films on YouTube,” he says, “but there is something magical about seeing them in a hands-on way, in community.”

Lane says he gets asked all the time about his interest in dance on film “I feel like a timeless 10-year-old with a vivid imagination who has crafted his art to where it should be,” he says “It’s about mixing imagination and feeling to get audiences to see another perspective of my art. [It’s] about making films timeless for years to come and hopefully to inspire.”