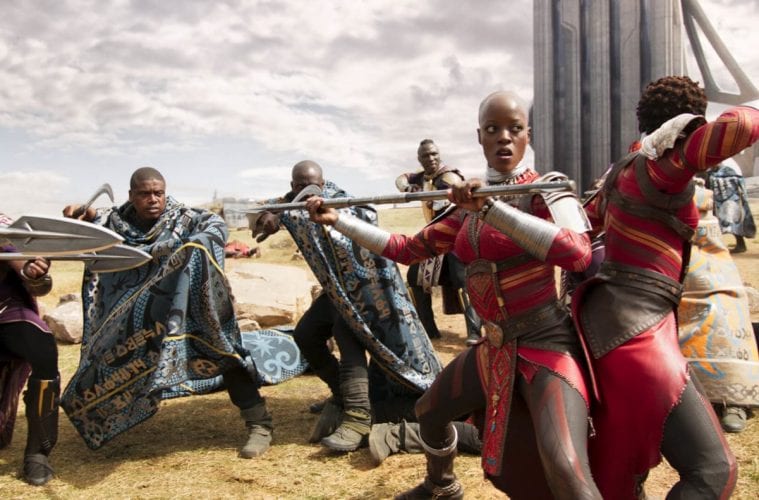 ArtsATL was lucky enough to attend an early press screening of the new Marvel Studios film Black Panther. We won’t rub that in too much other than to say that the movie really is every bit as thrilling, fun and inventive as you’ve no doubt already heard. Picking which among its many thrills and surprises was our favorite would be impossible, but ranking up there was seeing Atlanta’s very own High Museum make a cameo appearance. Though the venerable institution can’t be said to be stretching its range (the Atlanta museum plays a London museum), we have to say it looks magnificent.

Through the magic of film technology, it wears a beautiful glass dome on its top, but you can still tell who it is, so to speak. In an early scene, a fight over African artifacts and a valuable substance called Vibranium takes place within.

We haven’t tuned in yet, but the Woodruff Arts Center also has a recurring role as a hospital on Fox television’s The Resident.

What can we say? We knew them when.