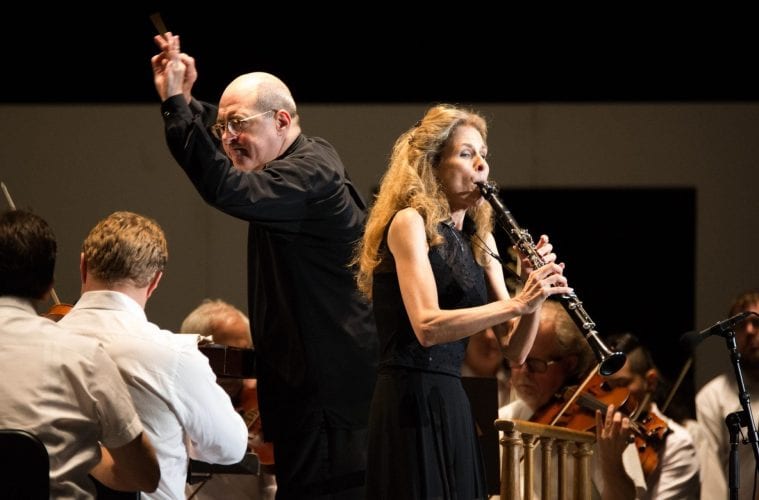 Laura Ardan, principal clarinet for the Atlanta Symphony Orchestra, is the recipient of the Mabel Dorn Reeder Honorary Chair, a $1.5 million endowment established in 2011.

A gift from the Mabel Dorn Reeder Foundation, the endowment is awarded for a period of five years to a member of the ASO who demonstrates excellence in musical artistry, leadership, collegiality and community engagement. Ardan will also receive a one-time stipend to be utilized for professional development.

“I am so very honored to be chosen,” Ardan said in a press release. “It is brilliant to infuse someone with this privilege.”

She attended The Juilliard School of Music on scholarships and before she joined the ASO was a resident clarinetist and teaching artist at the Lincoln Center Institute.

Reeder, who passed away in 2007 at the age of 98, was a South Carolina native who married and moved to Atlanta.

“Mrs. Reeder called Atlanta home for most of her life and wholly understood the value a fine orchestra can have to a growing city,” said Brian Frank, cotrustee of the foundation. “The Mabel Dorn Reeder Honorary Chair is an exceptional tribute to her love of music.”

ASO executive director Jennifer Barlament said Ardan is an excellent choice for the endowment. “Laura is not only one of the most engaged and compelling musicians to grace our stage, she is equally engaged off the stage, serving as a community ambassador and teaching many aspiring young clarinetists, including our own second clarinetist Marci Gurnow.”