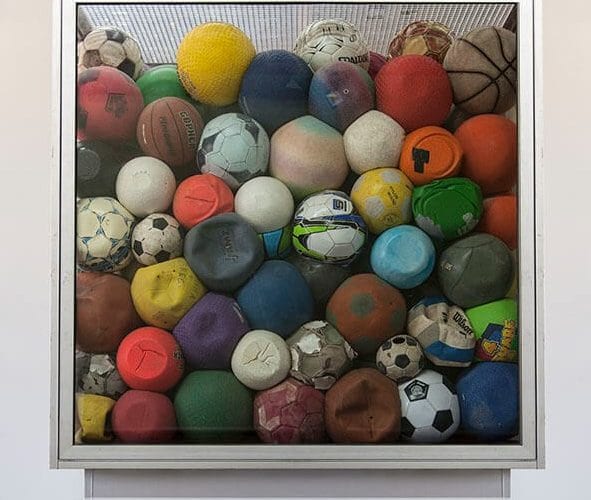 The Forward Arts Foundation has announced Atlanta artist Curtis Ames as the winner of its 2018–19 Emerging Artist Award. The annual award, now in its 20th year, is presented to an emerging Atlanta artist who has had no major solo show and is not connected with a commercial gallery. The award this year grants $10,000 for the winning artist and also provides a venue for a solo exhibition in the main gallery at Swan Coach House in spring of 2019. Four finalists — Robert Chamberlin, Krista Clark, Sonya Yong James and Christina Price Washington — will be awarded $2,000 each and have work included in the exhibition.

The Forward Arts Foundation was founded in 1965 to fund arts in Atlanta and created its Emerging Artist Award in 1999. The foundation’s Emerging Artist Award committee, chaired by Gretchen Taylor, consists of voting professional members from the Atlanta arts community and nonvoting Foundation members who serve as administrators. The voting members recommend artists to be considered for the award. The field of candidates is narrowed down to five finalists by reviewing images of each artist’s current work. Final selection of the winner is made after the committee visits the five finalists’ studios. Only the professional members of the committee vote for the ultimate winner. Since 1999, the Forward Arts Foundation has given $262,000 in grant support to the Emerging Artist winners and finalists.