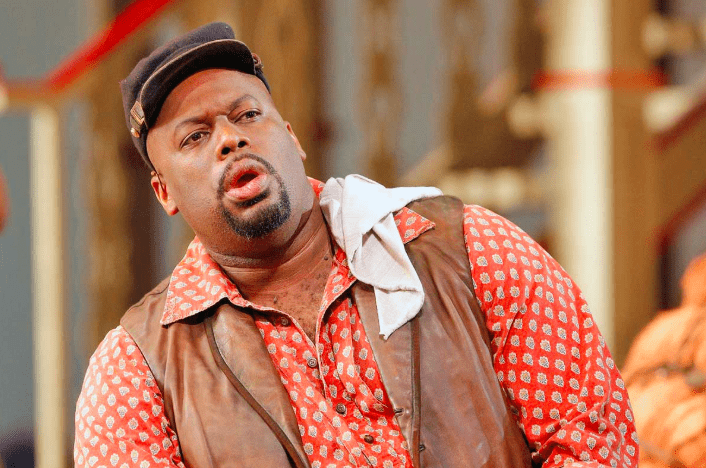 “When I started out — being a big black guy from the South — people wanted to see me sing ‘Old Man River’ and be cast as Porgy,” says Atlanta-born opera singer Morris Robinson. “I wanted to dissolve that mentality.”

After a couple of successful decades, he’s helped erase some of the racial stereotypes. Robinson will perform the title role in the Gershwins’ Porgy and Bess with The Atlanta Opera (opening March 7), a role he steadfastly refused for much of his career.

When George and Ira Gershwin, the sons of Russian Jewish immigrants, created the American opera in 1935, they intended it to only be sung by African Americans in order to avoid using white singers in blackface.

The opera provided rare performance opportunities for classically trained black singers in the 1930s, a time when those roles were virtually nonexistent, even as African American activism was on the rise. But these days, it appears that the Gershwins’ intention has the opposite effect on black singers. 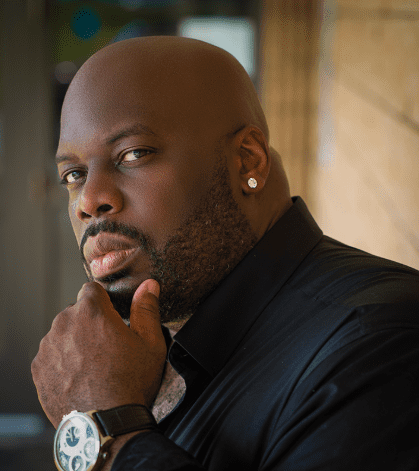 Morris Robinson grew up in Atlanta and was an All-American football player at the Citadel.

“For as much as this role is iconic and the fact that only African Americans are allowed to sing it, the mindset that operatic administration had been that ‘If you’re good enough to sing as Porgy, you’re good enough to do those sort of roles, but we probably don’t think you’re well-suited enough to sing the Italian, German, French and Russian repertoire,’” Robinson says by phone en route to his 14-year-old son’s quartet singing competition at the University of West Georgia in Carrollton.

Robinson decided to dissolve that mentality by not singing the role. Instead, from 1999 to 2016, he sang Sarastro in Mozart’s The Magic Flute and Bartolo in The Marriage of Figaro. He’s performed in Madama Butterfly, Don Giovanni, Il trovatore and Salome, among other pieces in the standard repertoire. He was 17 years into his career when he made his Porgy debut — on his own terms — in 2017 at Milan’s Teatro alla Scala, the premiere Italian opera house.

Robinson, who grew up in southeast Atlanta, was raised in the church. His father was a minister and his mother sang in the gospel choir. His three sisters also all sang and/or played an instrument.

“I was always around church people and in my house, knowing how to sing was kind of an understood thing — everyone knew how to sing,” he says.“I didn’t want to be a singer because I couldn’t sing like those people. I didn’t have a church voice.” 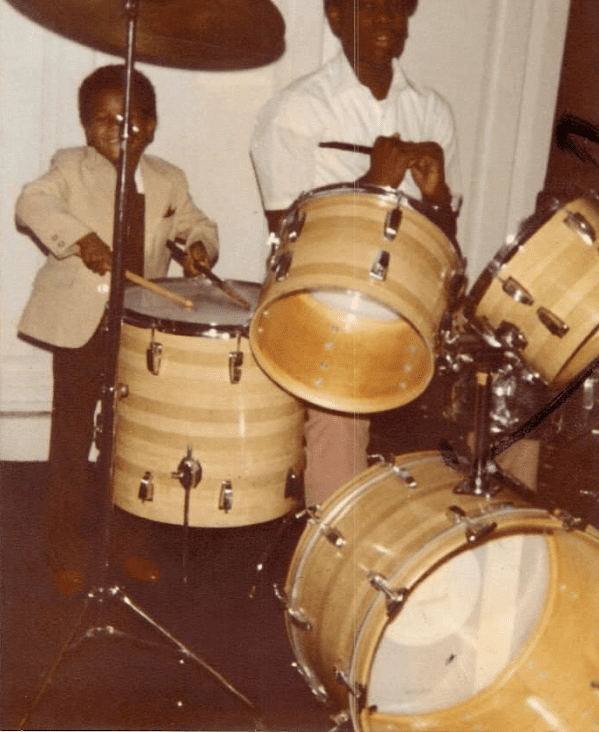 The first foray into music for Morris Robinson was through his father’s church and playing the drums.

Before Robinson performed in opera houses across the county, he took piano lessons and practiced with the Israel Baptist Church choir. When he was 7, his mother took him to try out for the Atlanta Boy Choir, where he sang as first soprano. But after a few years, he gravitated toward football.

“Growing up in the South and being a brother from southwest Atlanta of this size and stature, you don’t want to be a singing person — football and sports is where it all is,” he says. “I really wanted to be an athlete because that was where all the cool guys were.”

At 10 years old, he weighed nearly 130 pounds, much too big for the age group in which he played. Robinson picked up music again, playing drums in the church band. He went on to join the high school marching band his freshman year and auditioned for chorus.

But football remained where Robinson’s heart lay — it seemed like the time was finally right to launch his football career. He went out for the team his sophomore year of high school and made it, trading the long days of band camp for mornings in the weight room, long practices in Georgia’s sweltering heat and Friday nights under the stadium lights. He still stayed in chorus throughout high school, but by the time talk of colleges came around, he was choosing between Division 1 football programs rather than conservatories.

He landed a full ride to Citadel, the Military College of South Carolina. An offensive lineman, Robinson was voted All-American three times — but it wasn’t enough to get him an NFL spot. At 6-feet-2 and weighing in the high 200s, he was too small.

Football and music no longer seemed like viable options, so Robinson earned an English degree and took a job in corporate sales for 3M. This job provided him with a company car, a 401k plan, an expense account and security. More importantly, it led him to Denise, a flight attendant he met traveling to a sales conference in Palm Springs. They married and now live in Tyrone. 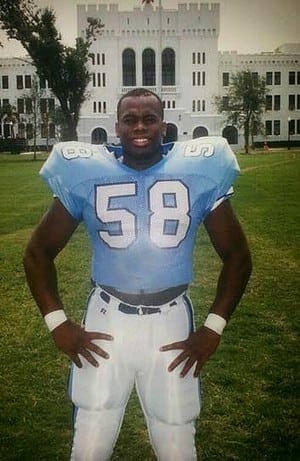 Morris Robinson was a three-time All-American, but too small for the NFL.

Robinson often would sing at weddings he and Denise attended, and he began to wonder if he could once again pursue music. He applied to Boston University’s Opera Institute and was accepted with a full scholarship and stipend.

“Of everyone I know, I was the most apprehensive to take it because I had security,” he says. “My family, friends, wife, everyone, was saying, ‘Why not go for it, you’ve got the talent.’ I decided that I was going to put everything I’ve got into it for two years — that’s how long my scholarship was — and if after two years it didn’t work out, I’d go back to corporate America.”

Robinson spent a summer in Italy learning the language and the following summer in Germany. He practiced long and hard, doing everything he could to close the gap on what most singers learn as college undergraduates and in graduate school.

“I was blessed with this voice, but a lot of the time it put me in situations that I was artistically ready for [but not in terms of experience], so I had to learn a lot on the fly,” he says. “I started studying opera at the age of 30, and now I am 50. I’ve sung at every major opera house and every major symphony house in our country, and most of the ones abroad, and I’ve never had to look back.”

Set in the 1920s in Charleston, Porgy and Bess takes place on Catfish Row, a fictitious black tenement based on Cabbage Row, and follows the disabled street beggar Porgy, who tries to rescue Bess (Kristin Lewis) from the clutches of Crown (Donovan Singletary), her violent and possessive lover, and Sportin’ Life (Jermaine Smith), her drug dealer. The Catfish Row community scorns Bess; she only experiences love from the innocent Porgy.

The Atlanta Opera has rented Francesca Zambello’s production of the opera. Stage director Garnett Bruce, who’s worked with Zambello for more than 20 years, is staging the Atlanta production. He’s staged Zambello’s Porgy and Bess in eight cities since 2007. It provides a 1955 perspective, nearly two decades after the original opera was set. 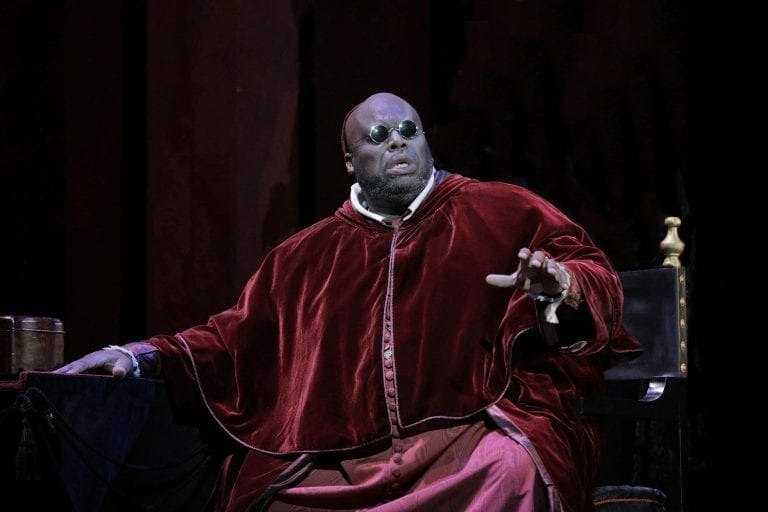 Morris Robinson as the Grand Inquisitor in the L.A. Opera’s production of Verdi’s “Don Carlo.” (Photo by Cory Weaver/L.A. Opera)

“We’ve updated this version to 1955, the dawn of the civil rights era,” Bruce says. “That changes a lot of characters because they have jobs, forward goals and we’ve lived through two World Wars, which changes the perspective of a community.”

Aspects of community are clearly displayed through events that take place on Catfish Row, as the opera spotlights aspects of police brutality, murder and drugs to keep the work relevant and timeless.

He will take the stage March 7, 8 and 10. The March 13 and 15 performances will feature Musa Ngqungwana as Porgy. Robinson must fly to Texas to begin rehearsals for the Dallas Opera’s Don Carlos, the Verdi piece in which he plays Phillip II.

When Robinson speaks, you hear echoes of the “remarkably tender and smooth” singing voice that critics have praised. And when Robinson steps onstage as Porgy this weekend, he’ll sing proudly, knowing that this role was his choice, not his only choice.

“Black singers who sang Porgy early on wouldn’t get the chance to sing other repertoire at other places,” he says. “I had to establish myself in standard repertoire, and the reverse happened with me. People knew me so well in the German and Italian repertoire that they couldn’t imagine me singing Porgy . . . and that’s exactly what I wanted.”