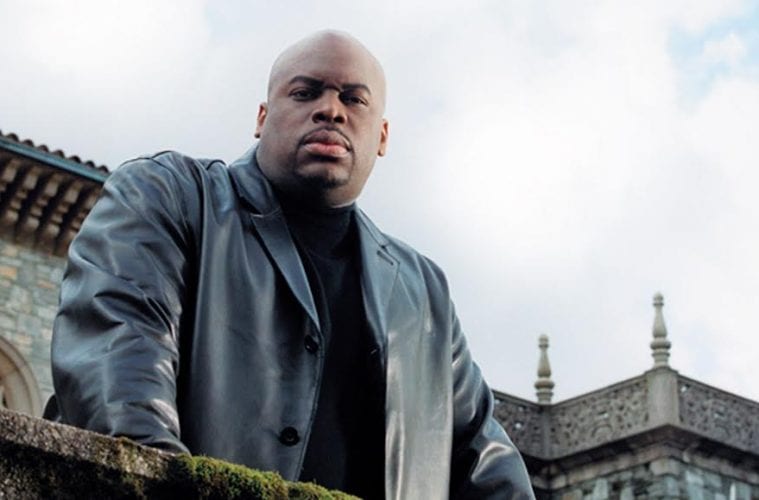 Operatic bass Morris Robinson, the 2015-16 artist-in-residence with the Atlanta Symphony Orchestra, will perform a community outreach recital Saturday at 2 p.m. at the Center for Civil and Human Rights in downtown Atlanta. The program will honor the legacy of Dr. Martin Luther King Jr., with musical selections that reflect broadly upon themes of human struggle and civil rights. Admission is free but because of limited seating, tickets are required. Tickets may be obtained online, and ticket holders will also have access to see the Morehouse College Martin Luther King Jr. Collection.

Robinson chose the music he will sing based upon the venue and theme, as well as his personal and musical experiences.

“As an opera singer I don’t do a lot of ‘song’ repertoire,” says Robinson. “I’ve done a lot in the past, of course, but I had to find an hour’s worth that fit that theme. I went through the archives of things I’ve done and some things I’ve wanted to do and started picking the repertoire based on that theme. I’m pulling out all the stops for this one.”

A native Atlantan, Robinson was a two-time All-American offensive lineman. After college, he entered the corporate business world. He had not expected to wind up with a career as an opera singer, but destiny had other plans. To cut to the chase: Robinson made his debut with the Boston Lyric Opera in 1999, and within two years was performing in New York City at both the Metropolitan Opera and Carnegie Hall. His Atlanta debut as a pro singer was in 2007 at Spivey Hall. Among his operatic roles is that of Sorastro in Mozart’s Die Zauberflöte (The Magic Flute), which inspired the opening number in Saturday’s recital. 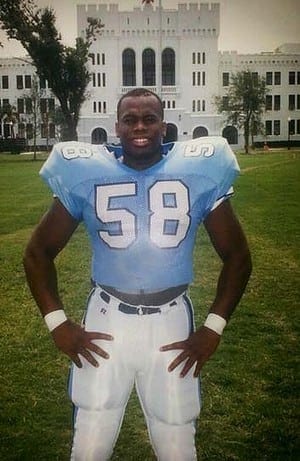 Robinson was an All-American at the Citadel.

“Keeping true with my operatic career, I felt I needed to do some operatic stuff,” says Robinson. “One of the things that came to mind was “In diesen heil’gen Hallen” [Sorastro’s second aria] because it’s talking about how ‘within these sacred halls’ we don’t tolerate anger, we don’t tolerate revenge, we don’t tolerate hatred. Thematically, it speaks to the goodness of man and I thought it would be great to open the program.”

Fiesco’s aria from Simon Boccanegra, “Il lacerato spirito,” and Hugo Wolf ‘s “Michelangelo-Lieder” will round out the European operatic and classical portion of the program.

The second part will be thoroughly American, including art songs by African-American classical composers. Robinson will sing “Three Dream Portraits” by Margaret Bonds — settings of poetry by Langston Hughes — as well as songs by Florence Price, H. Leslie Adams and Charles S. Brown.

Robinson will also sing three traditional spirituals arranged by Caren Levine, who is Robinson’s primary collaborative pianist of the evening. Levine is on the faculty of University of Miami and has been on the roster of the Metropolitan Opera House as assistant conductor and prompter since 2003.

“I’m also doing some straight-ahead gospel spirituals because the church was an essential part of the civil rights movement,” says Robinson. “The songs we sing on Sunday mornings are certainly a part of that.” For these, he’s bringing in church musician Aaron Mackey as pianist. “I work with him a lot and he’s someone who can play by ear, who can just pick up and go. We’re going to do two pieces just like we would do them on Sunday morning, so the audience will get a chance to hear what that’s like, in its most sincere format.”

Robinson will also be joined in one of his encores by a former high school classmate, soprano Ann Marie McPhail, singing a selection from Gershwin’s Porgy and Bess.

Robinson sums it all up this way: “I’m an African-American from the South, descended from people who have gone through lots of struggles. A lot of times the songs that we sing on Sunday morning, a lot of songs we sing in concert, are utilized as a means of communication with a duality of meaning of the actual prose or poetry. There are certain themes, similes and metaphors that sound like one thing but mean something else. Knowing how the human voice has been used — sometimes clandestinely, sometimes openly — spiritually as a means of communication, I’m taking more responsibility in making sure to do what’s right by the music, what’s right by the presentation, what’s right by the theme of the venue.”