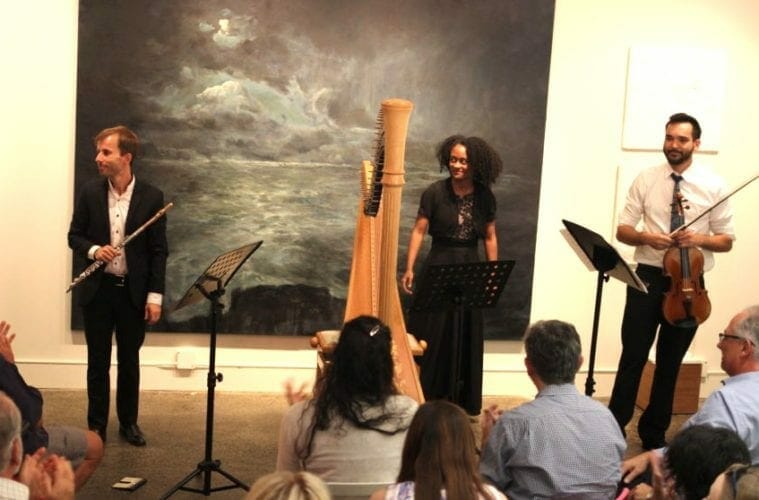 The Soundscape Series gives the third concert of its debut season Sunday at Spivey Hall. (Photo by Heather Kircher Clavé)

All at once, the Atlanta landscape for new classical music is about to get stronger. Two chamber ensembles with a shared mission — to play recent classical works by living composers — perform concerts this Sunday, November 10.

At 3 p.m., the Soundscape Series gives the third concert of its debut season, titled Under Construction, including a world premiere, at Spivey Hall in Morrow. Led by flutist Matthieu Clavé, and partially funded by a grant from the French government to perform French music, the group aims to be “a reflection on the progress accomplished in terms of social change, and the work ahead of us that remains. Like music, building bridges and changing habits require perseverance.” The concert is free.

At 4 p.m., on the opposite side of town, the modestly named ensemble vim (very interesting music), with poet and spoken-word artist Ashlee Haze, gives its inaugural concert at Peachtree Presbyterian Church in Buckhead.

The ensemble’s focus is “to highlight the works of underrepresented artists, especially those with strong ties to the Southeastern U.S. [ensemble] vim is on a mission to foster and elevate new music in Atlanta.” This concert is also free, with donations encouraged.

Other local ensembles often add living composers to their standard-repertoire playlists, many of them with moonlighting personnel from the Atlanta Symphony Orchestra. Among them are the Riverside Chamber Players, with a special fondness for the ingeniously charming music of Michael Kurth, and the Atlanta Chamber Players and its Rapido composer competition. Robert Spano’s ASO and even the Atlanta Opera perform more living composers and recent works than many of their peer organizations at a national level.

But funding for groups like ensemble vim or the Soundscape Series that specialize in contemporary music — eschewing all that Mozart, Beethoven and Brahms stuff — is a perpetual dilemma. Most shows operate on a micro budget. Some turn out to be a magnificent Jenga tower: When the driving force behind these projects leaves Atlanta or retires, the ensemble collapses into silence. Not many years ago, Thamyris and Sonic Generator were thriving artistically, but a few key components shifted, and the music stopped.

One all-new group that’s persevered is the wildly adventurous Bent Frequency, anchored by two tenured faculty at Georgia State University — percussionist Stuart Gerber and saxophonist Jan Berry Baker. When funding is good, they perform major works involving many musicians. In lean times, they perform simply as the BF Duo Project. The level of artistry is consistent, but the reach is very different.

To an outsider, Atlanta’s scene can look undernourished. The cofounder of ensemble vim, pianist Choo Choo Hu, moved to Atlanta two years ago from Baltimore. That gritty and wacky harbor town, she says, “was always nurturing for new talent and very supportive of new music. No matter how crazy the project, you’d find an audience.”

A mature concert culture surrounding the Peabody Conservatory helped. “When I came to Atlanta, at first I was disheartened by the lack of concerts and the lack of support,” she says. “But rather than sulking, I got together with some friends and decided to do something about it.” 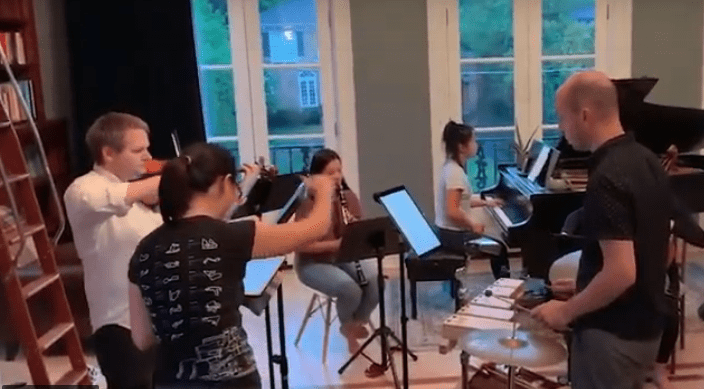 A promising new-music group is ensemble vim, which performs its first concert Sunday in Buckhead.

Planning for ensemble vim started in the spring, and more concerts are in the works. Hu and colleagues are forming a board of directors, looking for 501(c)3 status and, in time, will join every other nonprofit in applying for funding and grants to keep going.

“Is there no demand because there’s not enough supply?” she asks. “At some level, it’s a selfish interest to want to play new music at a high level, but as artists, we can reach people, connect with audiences, in ways others can’t.”

To that end, members of the ensemble have already performed for kids with mental and emotional challenges and at refugee centers. A community outreach component is part of the mission, where “music can help them feel a sense of belonging and community despite any adversity them may have faced in their lives.”

Hu first heard championship-level spoken-word artist Ashlee Haze at a gig they did at the Center for Civil and Human Rights in downtown Atlanta. “I started crying as soon as she started reciting her poems,” Hu remembers. “I had such a strong reaction: We must work with her again.”

For his part, Soundscape Series director Clavé has many of the same ambitions. He describes his group’s aesthetic as “not avant-garde but still contemporary.”

Atlanta’s pool of talent is virtuosic, but it’s small. The web of who joins which group is tangled indeed. Clavé also plays with Bent Frequency, and one of his featured composers, Emily Koh, is an educator and double bassist in ensemble vim.

With this weekend’s Under Construction concert, he hopes to revive “almost a baroque sense of performing, restoring what we’ve lost in making music together — that interaction with the audience.” But he notes that a program that’s solely dedicated to new music “puts this great repertoire in a box. I want to reach out to a bigger audience. Our concerts might not be what some people expect.”