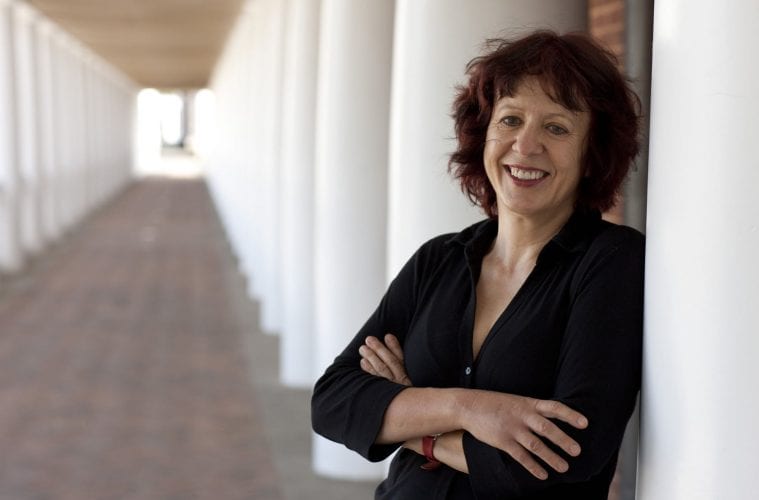 Meta-critic No. 2: How to live in a postcritical world, a review of Rita Felski, “The Limits of Critique”

You might think that nothing could be needed less than another contribution to the debate on the endless crisis in criticism. Rita Felski’s The Limits of Critique, however, argues compellingly that our critical habits have unwittingly become trapped within a range so pinched we can barely turn our heads to see that there might be other possibilities available. She offers a nuanced description of the state of theory-heavy academic literary critique, and some proposals for how we might finally start to move beyond it.

Critique, as Felski depicts it, is a set of practices for reading and interpreting texts, a mode of thought and argument, a rhetorical style, and an affective or emotional stance. These elements reinforce one another, and taken together they embody a commitment to what she calls, following Paul Ricoeur, the “hermeneutics of suspicion.”

What suspicion as an interpretive approach implies is that literary texts are always hiding something. The meaning of a work is buried, a brilliant jewel whose rays can only be glimpsed once the layers of obfuscating sediment have been flensed from the text. So, like a patient in analysis, whatever it seems on the surface to say, it must really mean something else. Under this cool, post-Freudian gaze the motives of authors, narrators and readers themselves are revealed as equally obscure and unreliable.

Felski documents extensively how critics in the grip of suspicion cast themselves as detectives, turning over each word with gloved hands and dusting spaces for prints. Every text appears as a crime scene: no matter how placid and controlled it appears on the surface, a transgression must be concealed just beneath. Texts take on a kind of sinister agency, disguising their nature from readers in order to more subtly influence them. Suspicious reading, then, aligns itself with “guardedness rather than openness, aggression rather than submission, irony rather than reverence, exposure rather than tact” (p. 21). And it goes hand-in-hand with a view of language as tacitly coercive, a conduit for unconsciously replicating oppressive social structures. Critique is driven by the need to expose and name the “crime” perpetrated by the text, though here the quarry is “not an anomalous individual — a deranged village vicar, a gardener with a grudge — but some larger entity targeted by the critic as an ultimate cause: Victorian society, imperialism, discourse/power, Western metaphysics” (p. 89).

While Felski focuses on narratives of criminality, it’s notable that critique can be structured by other, equally baleful metaphors. These shape how we think about and respond to what we read, and hence are anything but idle decoration. Texts can be cast not as crime scenes, but also as puzzles or traps. Like archaeological sites, they can be excavated for their riches. Like patients, their symptoms can be analyzed to arrive at a diagnosis. Like specimens, they can be pinned, dissected and anatomized. Or we can zoom out and see texts not as sites to be read deeply, but as flattened, contentless nodes in endless networks of signification. This ironic approach of “standing back” rather than “digging down” derives from Foucault rather than Freud, but on Felski’s telling they fuse into a gimlet-eyed critical Janus.

Critique reflexively adopts a stance of “againstness.” This is driven by its conviction that texts are primarily loci where large, abstract social forces — political, sexual, technological, economic — are churning away, exerting their subtle influence not only on the form and content of the work, but also on the reader’s attitudes. It is precisely the fact that these meanings and their effects are so well-concealed that makes the critic’s task of exposing them so urgent, and this in turn gives critique its credentials as the self-styled defender of marginalized peoples and perspectives.

Felski argues compellingly that despite its many virtues, critique is a false idol. Perhaps its greatest failing is the inability to imagine anything outside of itself. Its totalizing ambitions force it to deny that there could even be any other intellectually rigorous method of engagement with a text. Whatever strays from the aim of demystifying and exposing the limitations of an artwork, or from seeing the work as ultimately an expression of relations of power that need to be opposed, must be a form of unchecked sentiment or complicity.

Felski acknowledges at the outset that the form of critical practice she targets here is hardly omnipresent, even within the literary world. Its origins are in the proliferation of Marxist, poststructuralist, and New Historicist theories across English, Rhetoric, and Comp Lit departments of a handful of elite universities starting in the late 1960s. Critique is thus a recent phenomenon. Even so, it arguably remains the default mode of much academic and theoretical writing about literature, and this alone makes it a large and worthy target.

Further, it’s not hard to see that critique’s tendrils have crept outward and embedded themselves in any number of informal critical practices. Consider the intensely neurotic ways that “negativity” in criticism gets discussed. On the one hand, reviews are scorned as indiscriminately nice, ruled by inflated standards of praise. On the other hand, negativity is pilloried: in one widely discussed essay, Lee Siegel famously swore off writing negative reviews, though in response Francine Prose and Zoë Heller have penned ardent defenses of the role of negative criticism. The same debate is perennial within visual arts writing. Artists and critics alike bemoan the casual way that praise is dispensed in the art world, yet no one wants their work vivisected in print.

Felski’s astute analysis helps to cut through this fog. In one sense, negative criticism is purely a matter of affect or style. No doubt watching honed rhetorical barbs sink into an artist’s flesh produces a shiver of delight (if you happen not to be the artist). Rants, snark, hit pieces, and put-downs are pleasures, and not even terribly guilty ones, but I doubt whether there’s a burning need for more sparklingly clever cruelty in the world.

The negativity embedded in the institution of critique is more widely mirrored in various forms of online “call-out culture,” as well as in the practice of unmasking or “problematizing” artworks by showing how they (or their creators) embody assumptions that are in some way racist, sexist, ableist, or otherwise at odds with progressive values. This is the default mode of internet criticism, and it’s no coincidence that “Your Fave Is Problematic” is a memetic tagline: it perfectly captures the notion that no one can ever be allowed to take pleasure in a book, painting, musical, or TV show without being reminded of all the ways it fails the most stringent tests of political and moral purity.

I’m not suggesting that there’s a direct line running from academic literary journals and seminar rooms to Tumblr and Facebook comment threads, only that the two realms share the tone and argumentative style of critique as Felski identifies it. Neither am I denying the force of morally charged progressive criticism — that would be absurd in the face of brilliant and incisive work by, among others, Martha Rosler and Mira Schor.

No, the problem lies with critique that only knows how to probe for the cracks, gaps and fissures in the fabric of a work, that sees debunking as the highest aim of interpretation, and that hollows out texts and artworks into mere arenas for ideological combat. As if rigor and insight had to be coupled with fault-finding and a strident meanness of feeling. This, too, is an effect of suspicious reading: to cast even your own emotions about a work into doubt, so much so that it’s rare that any critical texts contain meditations on our everyday feelings of amusement, pleasure, or surrender in the face of the works we are most passionate about.

Not only is this style of critique reflexive and reductive, it’s also boringly predictable. Once the basic moves are mastered, the conclusion itself is never allowed to come into doubt. The only question is how a work’s duplicity and failure are to be demonstrated. Despite its adherence to criminological narratives, critique, like much other academic writing, is utterly suspenseless.

In light of the confusion surrounding even what “negativity” means, I’d propose that anyone who calls for more negative reviews should have to explain exactly what they mean by negativity, and why it is such a highly prized value. I suspect two things are conflated here. Those who resist negativity see it in affective terms, as inevitably personalized and soaked in bile. But the clamor in favor of negative reviews stems from the unquestioned identification of negativity with intellectual rigor and depth. Only if we are being utterly pitiless in exposing texts as loci of oppression are we engaging with them fully and properly. But, stated so baldly, this is just the self-valorizing mythology of critique made explicit.

One of the book’s great rewards is its rich descriptive catalogue of the habits of literary critics, which Felski couches in the language of rueful, even warm recognition. Her aim, after all, is not to demolish the edifice of critique, only to deflate its pretensions and nudge it to one side to open a space for alternative ways of reading that are equally intellectually respectable while being truer to our experiences and the passions that drive us as readers and critics.

Where to go next, then? Critique at least offers a bundle of methods, theories and acceptable parameters within which interpretation can proceed. If we leave these safe provinces, where can we find an equally rigorous model of thoughtful, insight-provoking reading? Ricoeur’s own hermeneutics of suspicion was juxtaposed with a (much less frequently mentioned) hermeneutics of trust. Eve Kosofsky Sedgwick, whose influence runs throughout the book, contrasted paranoid readings with reparative readings. These suggest the possibility that what is lost in the mire of critical suspicion can be recovered within other practices.

Unfortunately, Felski’s own proposals for “postcritical reading” are not always as sharply drawn. She is quick to reassure us — we scholars, at least — that “the antidote to suspicion is thus not a repudiation of theory . . . but an ampler and more diverse range of theoretical vocabularies” (p. 181). Drawing on Bruno Latour’s “Actor-Network Theory”, she proposes that we revise our view of the reader/text/context divides and see texts not as “servile henchmen” (p. 170) for ideology but as akin to agents themselves, enmeshed in our lives in countless ways and capable of compelling in us a far fuller range of emotional responses.

While it’s easy to applaud her call to move beyond the “vulgar sociology” (p. 171) of critique, it’s not clear that Latour’s generalized model of network relations is much of an advance. It’s also a little hard to square this slightly wonky scientism with her call for a renaissance of humanistic values in criticism. To write out one’s responses to a text or an image is to record the shifting interplay between two particulars, oneself and the work. So-called “strong” theories inevitably bleach out the specific nature of what emerges from these encounters. In this way they run counter to the impulse that drives criticism in the first place, which is to record the private, idiosyncratic act of figuring out for oneself what one thinks and feels about an artwork.

As Daniel Mendelsohn succinctly put it, “KNOWLEDGE + TASTE = MEANINGFUL JUDGMENT.” There is no formula, of course; maybe criticism should be poetry instead. Felski’s own vision of postcritical reading is offered in a pluralistic spirit, and so its shortcomings matter less to the success of the book as a whole. Too much of how we engage with art is awash in “chic bitterness,” and too much writing about art is unable to stop picking at the scabs of failure. These habits are as dull and lazy as the enthusiastic puffery they allegedly oppose. Time to start over in our thinking about what writing about art might be.