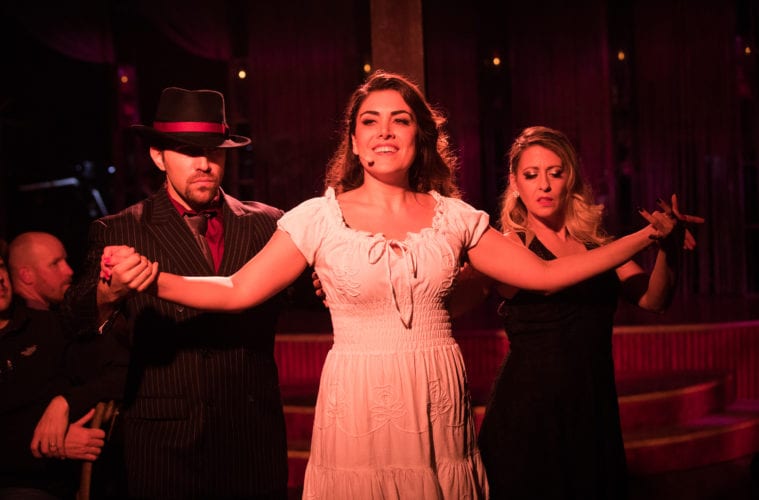 When Tomer Zvulun visited Argentina in 2013 — the same year he became the general and artistic director of the Atlanta Opera — with conductor Jorge Parodi, he worked as the stage director for Buenos Aires Lirica’s production of Lucrezia Borgia. Little did he know, he’d be introduced to the world of tango and discover Maria de Buenos Aires. “The first thing I wanted to do in Atlanta was this piece, and it came from my time in Buenos Aires,” he says.

It took Zvulun four years to bring Argentinian composer Astor Piazzolla’s exquisitely seductive tango opera Maria de Buenos Aires to Atlanta, but 2017’s production was worth the wait. “We programmed three performances, which sold out,” Zvulun says. “So we then expanded it to five performances, which also sold out.” 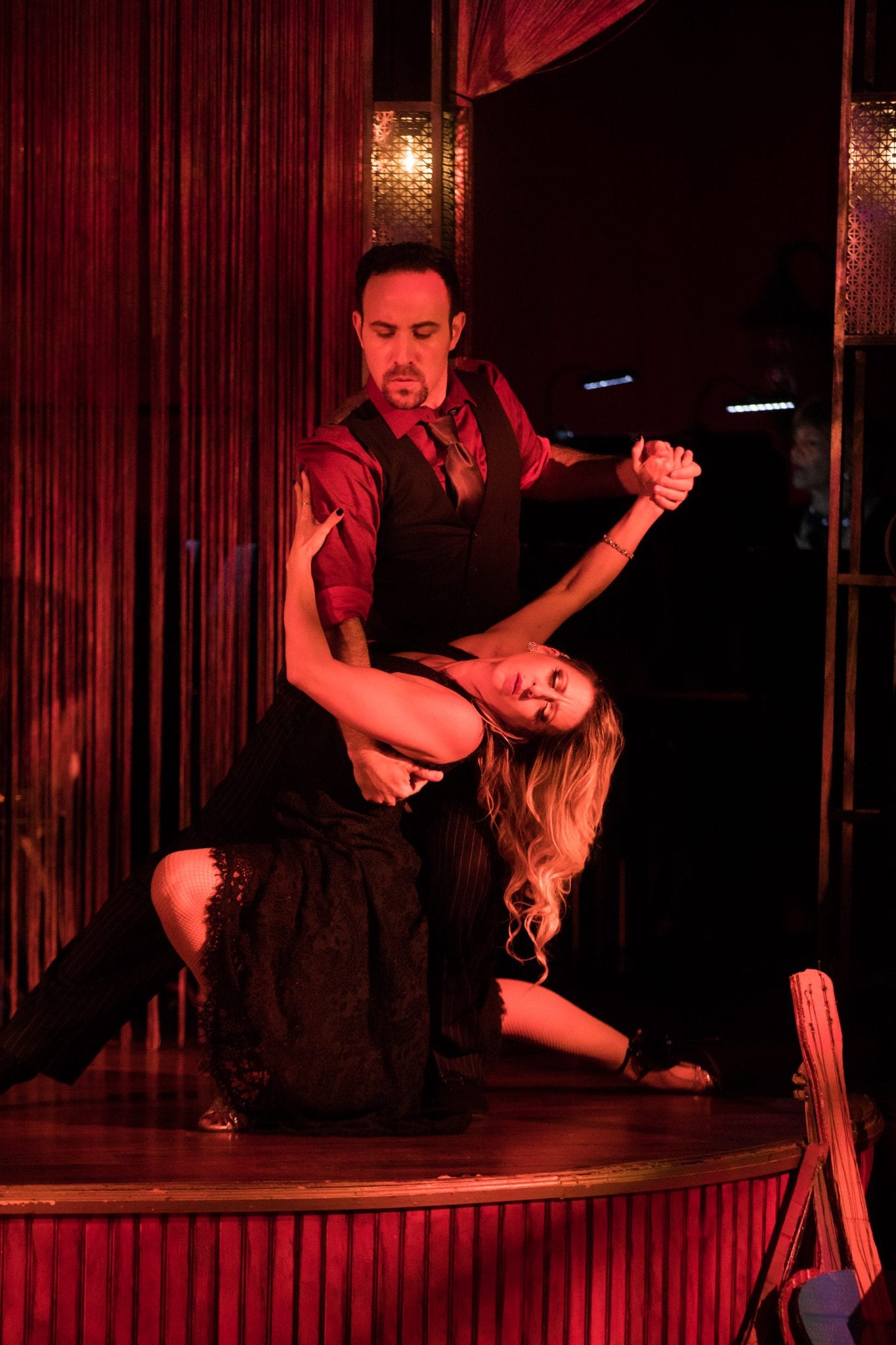 Now, the critically acclaimed opera returns again two years after its initial Atlanta premiere at Le Maison Rouge at Paris on Ponce and runs through April 7. The music draws on the nuevo tango idiom for which Piazzolla is famous for, which fuses elements of tango, jazz and classical music. Haunting and intoxicating, Maria de Buenos Aires makes for a surreal spiritual journey set to the Argentinian heartbeat that is tango. One thing that is special about this performance of the opera is that the principal cast is all Argentinian.

“This cast brings a certain authenticity of the language, knowledge and culture that I think is very powerful, from the conductor to the singers to the dancers,” Zvulun says.

Mezzo-soprano Solange Merdinian performs as Maria. A veteran to the role, Merdinian has performed as Maria with the Lexington Philharmonic and with Opera Hispanica at (Le) Poisson Rouge in New York. Baritone Gustavo Feulien performs as El Payador, and conductor Jorge Parodi and several others fill out the cast, all thrilled to represent Argentinian culture onstage.

The Atlanta Opera Discoveries series launched in 2015 in an effort to introduce new audiences to the opera by venturing outside the opera’s mainstage of Cobb Energy Performing Arts Centre. Zvulun takes advantage of Le Maison Rouge’s red velvet bar to capture the atmosphere of a traditional Buenos Aires tango bar and bring Piazzolla’s music to its full potential. At a mere 200 seats, the small-scale venue invites guests into the intimacy with a close-range performance. The low lighting, evocative colors and artifacts all lend themselves to the nature and aesthetic of the piece.

“It’s completely poetic and bizarre in terms of metaphors and poetry and very magic surrealism,” Zvulun says. “The entire story happens in a bar in our version.” 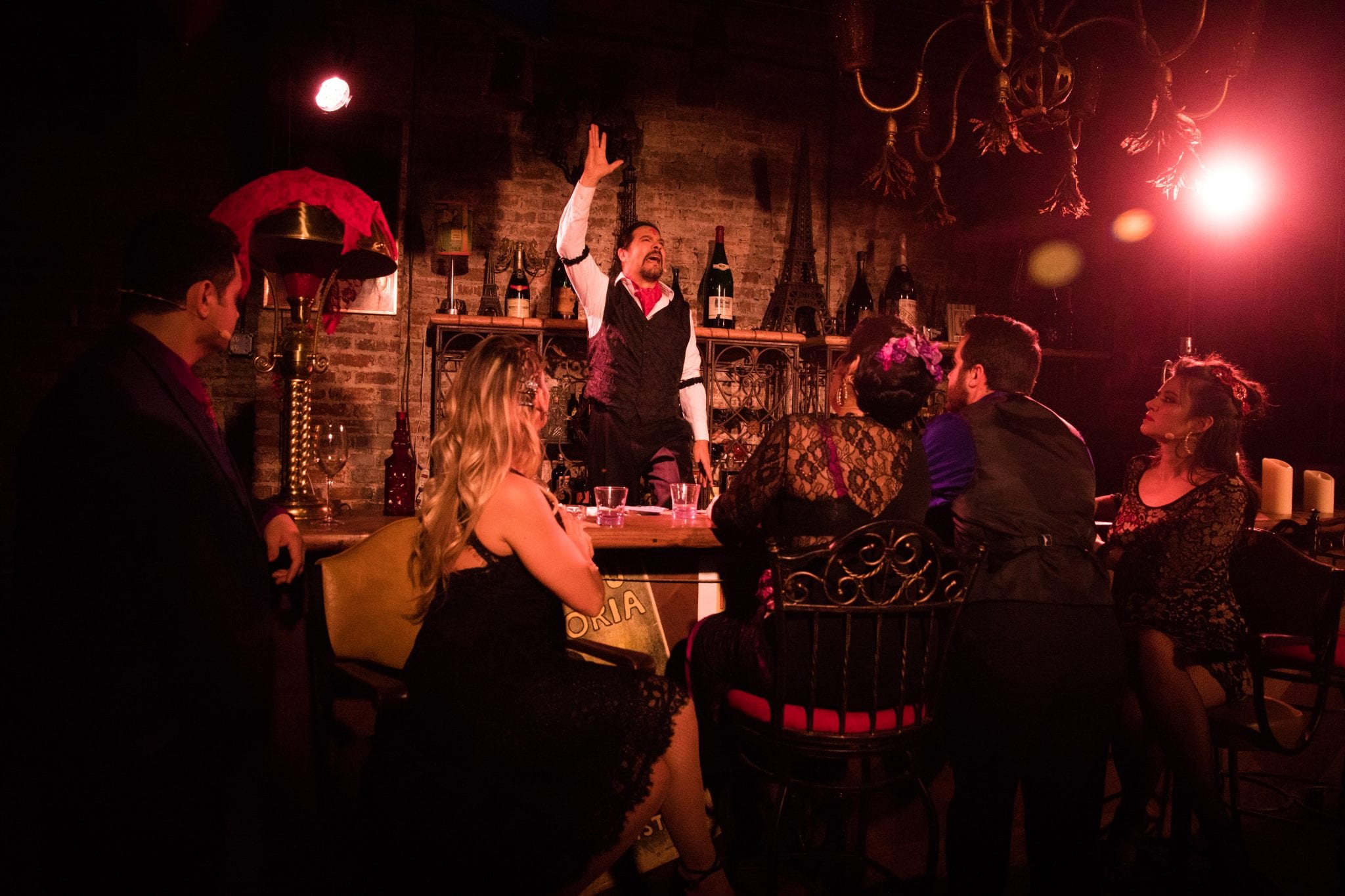 Composer Piazzolla and librettist Horacio Ferrer first met in 1955 after the composer returned from Paris. Maria de Buenos Aires first premiered in 1968 in Buenos Aires and was their first collaborative project. The story follows Maria, a suburban girl who is seduced by the tango and the allure of Buenos Aires’ shadowy underground culture and becomes a prostitute. On the surface, Maria can be taken as a simple woman consumed by passion. But symbolically, she represents much more.

“To me, Maria is tango,” Zvulun says. “She is Buenos Aires. She is the epitome of a person who discovers art and consumes themselves in it to the point to where they get lost and burned. It’s this romantic idea of being devastated by the art, because when you fall in love with an art form and you give your life to it, it can consume you and leave nothing of you.”

As audience members, we are often trained to follow a plot line. But in the case of Maria de Buenos Aires, attempting to follow a linear story line may take away from the overall experience.

“My advice to anyone that comes to see the show is to listen to the music,” Zvulun says. “Connect to the emotions and treat it as a feast for the senses rather than try to put it in a box of understanding.”