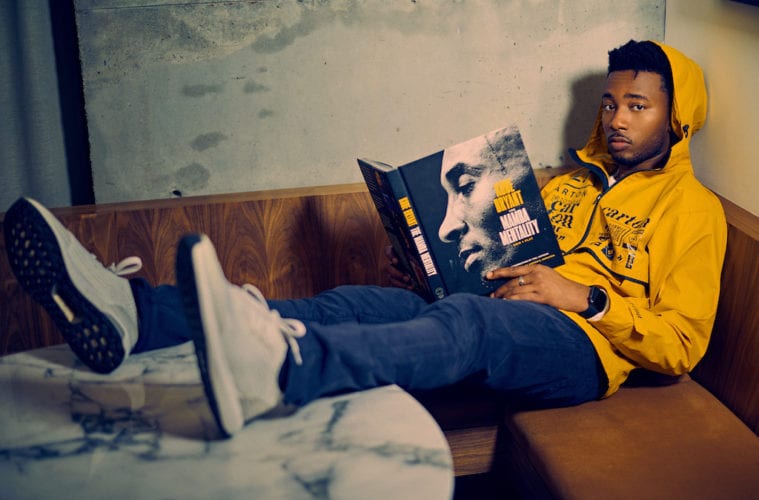 Fans will likely recognize RJ Walker as nice-guy rapper Clark County on FX’s hit show Atlanta, but he’s also been scoring a diverse range of other parts, including his current role as David Wright on BET’s Boomerang.

ARTS ATL recently chatted with the rising star, who continues to burn up the Atlanta film and television scene, on embracing method acting, working with comedy legends and the subtle art of exfoliation.

ARTS ATL: What inspired you to pursue acting?

RJ Walker: Originally I’m from South Bend, Indiana. Being a kid there, I had a scarce amount of outlet. I found myself going to the movie theater with my father a lot. Every time I went to the movies, especially if it was an action movie or a thriller, when I would leave, I would leave with this feeling. After a while, I thought, “Wow, I want this feeling forever. How can I do this?” And that’s where acting really came into my life.

ARTS ATL: The pursuit of that feeling would eventually lead to your role on FX’s Atlanta. What was the audition process for Clark County like?

Walker: It was cool — it was just a self-tape. I told myself I wanted to play it as real as possible, as a real person rather than a caricature of what this may be. And when I got the callback, it was another self-tape, but my agent told me, “We’re sending this directly to Donald [Glover], and he’s gonna chose who this character’s gonna be, so no pressure.”

So, I knew I had done a good job. I really put my foot in it, and the rest is history. Funny enough, I had been a fan of Donald Glover since college when he was doing comedy on YouTube.

ARTS ATL: Speaking of comedy, you’ve been able to work with some of the top names in comedy since the start of your career. What has that been like? How has that informed your own acting?

Walker: These are the people I prefer to work with. Donald Glover, Zach Galifianakis and recently Amy Poehler in her directorial debut on the movie Wine Country — working with them is a dream come true.

I prefer to work with people who understand comedy and respect it. I feel comfortable really letting loose because I’ve trained in comedy myself. So, working with these legends, I feel at home because I’m like, “Okay. Yeah, these guys get it.” I don’t feel like they’re judging my choices, because they’re professionals, and they know how to take anything and make it gold.

ARTS ATL: You mentioned first getting inspired to act because of action films and thrillers. Was comedy something you’d always wanted to do?

Walker: I studied dramatic acting and did theater, but I’d always been the class clown. I was always making people laugh, or I was drawn to others who made people laugh. Comedy and improv came to me in 2012 in the middle of auditioning because I always had these quirks. A friend of mine told me I should look into improv, and I started studying at this place called Monkey Butler, where you just sign up, and [I] started taking classes for free. It was quality. I didn’t grow an appreciation for a lot of the comedy greats until later, but I already had that muscle in me.

ARTS ATL: Tell us a little more about Atlanta. What’s been your favorite part of filming the show?

Walker: My favorite part was when I got the call saying I was gonna be on Atlanta. Everything was great, but that was like “Woah.” I was going to be working with these extra talented people who get it.

Being on the show period is a blessing. When I found out, I was ecstatic. This is Atlanta. It’s not just one of the biggest shows of our generation when it comes to black comedy; it’s just comedy. It’s universal — it’s just told by black people, which is amazing. I love being a part of it.

ARTS ATL: Atlanta has received wide critical acclaim and support, season after season. Have you felt any pressure since the public has such high expectations for the show?

Walker: Pressure? I don’t know, because I’ve been grinding for a cool minute now, and people are just now starting to say, “Oh yeah, we’ll take him.”

Everything I’m bringing is a piece of what I’ve already been working on. When people ask, “Is there pressure to do a good job when you’re on Atlanta,” I say that me doing a good job is what got me on Atlanta. Pressure comes, but it doesn’t stop me. I stay focused on my job. I trust the work. I trust the writers.

Most of all, I trust myself. 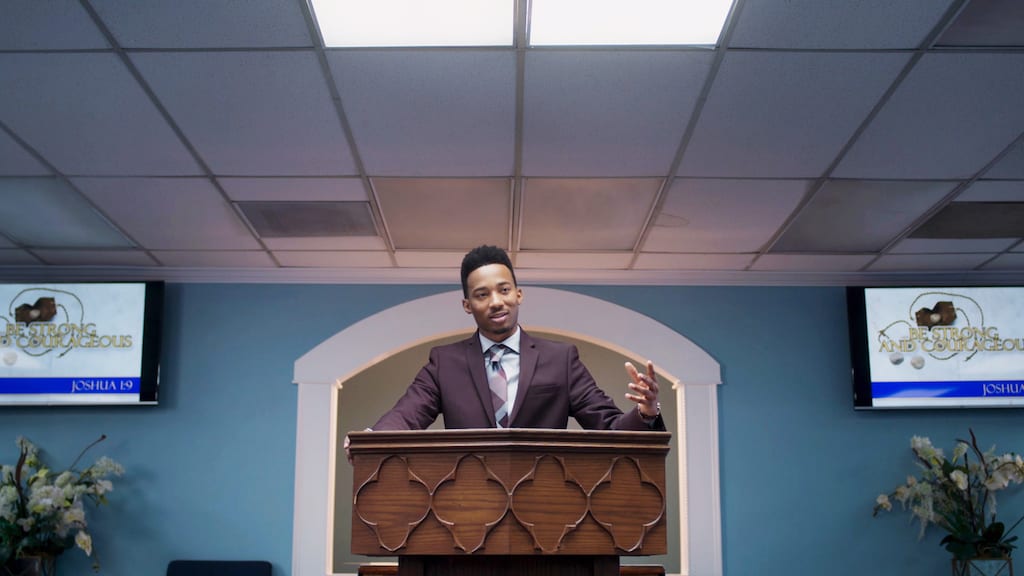 ARTS ATL: Can you talk a bit about the process of getting into a character like Clark County or David Wright in Boomerang?

Walker: For Clark County, it was a mystery around him throughout filming, so I was not only focusing on the work, I was getting into the mindset of the character.

With the preacher role [on Boomerang], with David, I was raised in the church, and my father was a preacher, so I had a lot of source material. I went to church in Atlanta. I didn’t smoke or drink when I was filming. I method acted a bit.

When it comes to having this range, it’s because I put myself in the work and I work hard. I study, study, study. And I just want to keep that energy moving forward.

ARTS ATL: What other projects do you have in the works that audiences can look forward to?

Walker: Boomerang is on BET right now. We shot it all in Atlanta, and it’s produced by Lena Waithe and Halle Berry — Halle Berry said that episode 5 is her favorite episode and that it’s her favorite because of me.

It’s been crazy because I play a rapper on Atlanta, which aired last year, and this year I play a preacher, which is polar opposite. So, I get to show my range.

Wine Country is also set to come out soon on Netflix, and I play a cool role in that and got to work with a lot of great women writers from Saturday Night Live.

ARTS ATL: Lastly, what’s been the best career advice you’ve received as an actor that might be helpful for someone just starting out?

Walker: I’ll give you two. One was from a previous agent. She said, “Always exfoliate.” The other is from my acting coach who passed away, Larry Drake. He said, “Be fucking great.”